First Kill, a supernatural teen drama series that was released on Netflix on 10 June 2022 has been one of the shows that will not be renewed for another season. Created by Victoria Schwab, it is based on Schwab’s short story of the same name, which was published in Imprint’s Vampires Never Get Old: Tales with Fresh Bite.

The news has been received with heavy criticism from the audience and questions about the reasons for slashing the show’s future. It is to be noted that cancellation decisions by the OTT platform usually come down to viewing versus cost. If it doesn’t meet the viewer rating threshold and profit margin, then the shows are usually cancelled.

However, the show was ranked in the top 10 list within the first three days of its release and cleared 100 million hours viewed in its first 28 days. Considering the popularity of the show, the reason for not meeting the margin sounds suspicious to many netizens who have been expressing their anger on Twitter, ever since.

Also Read: I Am A Killer Season 3 First Look: Netflix True-Crime Show Is Back With More Gruesome Stories 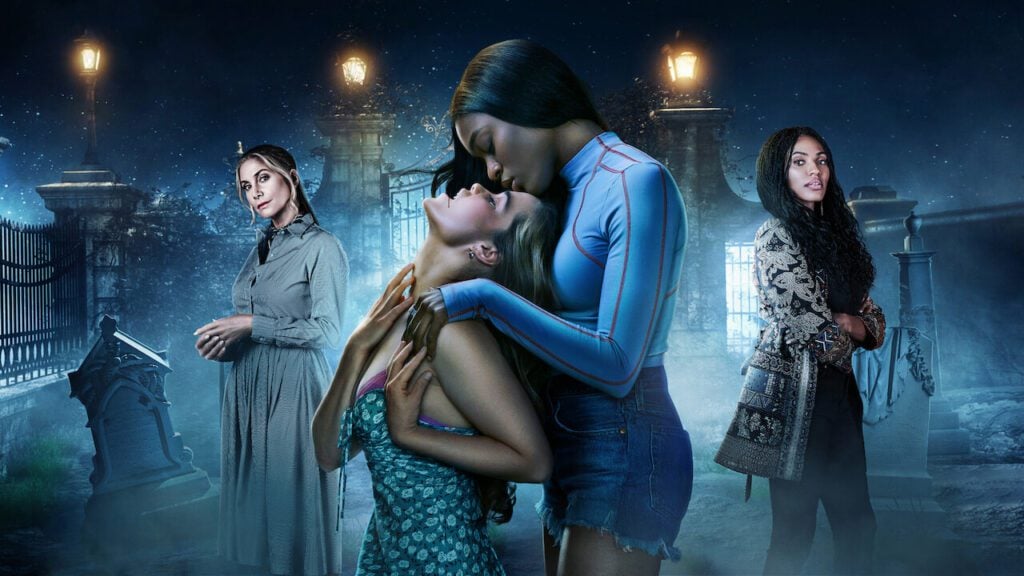 Some argue that the real reason is the biasness of the platform regarding the lesbians and people of color, as many give the example of the show Heartstopper being renewed for two more seasons. Even though the show accounts for lesser viewing hours than First Kill.

In the series, Juliette (played by Sarah Catherine Hook) has to take her place amongst her powerful vampire family and for that, she is required to make her first kill. When Juliette sets her sights on the new girl in town, Calliope (played by Imani Lewis), she bites off more than she can chew when Calliope is revealed to be from a family of esteemed vampires hunters.

Both vampire and hunter soon learn the other isn’t so easy to kill, but far too easy to fall for. After the announcement, even the cast member of the show, Dominic Goodman who plays the role of Apollo, expressed sadness on the news and thanked all the fans for taking the show as their own and showing so much love.

netflix is weird as hell for cancelling first kill. a successful wlw show with a black female lead being cancelled after outperforming SEVERAL netflix originals?… what

there was literally no reason to cancel first kill. it had more than 30 million views in its first week and more than 40 million it’s second, it was trending on twitter for weeks before and after it’s release and it was in the top 10 shows in over 80 countries for several weeks

First Kill, a show that didn't come from any prior media nor having any major names attached to it, getting cancelled as if it didn't dominate Netflix's Top 10 within it's first month of release is upsetting. pic.twitter.com/tu05TnuNGv

I don't care if straights thought first kill was too campy/cheesy or had bad cgi, YOU HAVE 100 VERSIONS OF THAT, WE ARE ALLOWED TO WANT A GAY VERSION TOO!! NOT EVERY SHOW HAS TO BE A POETIC CINEMATIC MASTERPIECE

was season 1 of first kill perfect? no. but I hate that lgbtq+ and bipoc shows are expected to be perfect right out of the gate?!?!!!! why can’t they be campy and fun and that’s enough?!?!

netflix renewed heartstopper for two more seasons but not first kill ?? WHEN FIRST KILL HAD WAYYY MORE STREAMS ? does anyone see the issue here or…

To all the First Kill fans; I have nothing but love for every single one of you! Thank you all for taking the show in as your own, seeing you all feel seen made all the hard work and hours worth it????????❤️til the next project ????

the craziest part is that it’s not even like first kill did BAD. it was trending for WEEKS, it did NUMBERS, like netflix would rather lose money than renew it ?

what irritates me the most about the first kill cancellation is that not only is it an easily bingeable show that brings in viewership it costs 5 dollars to make. literally checks all of netflix’s boxes how do you justify cancelling it

the difference in how netflix treated first kill vs all the cliche het teen love stories they produce is insane. the way lesbians are treated in the media is very blatant that's why it blows my mind that people act dense when people call it out.

I WILL FIGHT FOR FIRST KILL AND WE WILL GET OTHER SEASONS. IDC. It’s NOT over. I refuse to accept it.

First Kill is available to watch on Netflix.

What are your thought on the show and the cancellation news? Let us know in the comment section below.