The Independent
Share on FacebookShare Share on TwitterTweet
Wolverhampton Wanderers 2-1 Brighton and Hove Albion: Lewis Dunk scored but was then sent off to hand Wolves control of the game and they took advantage with a late turnaround 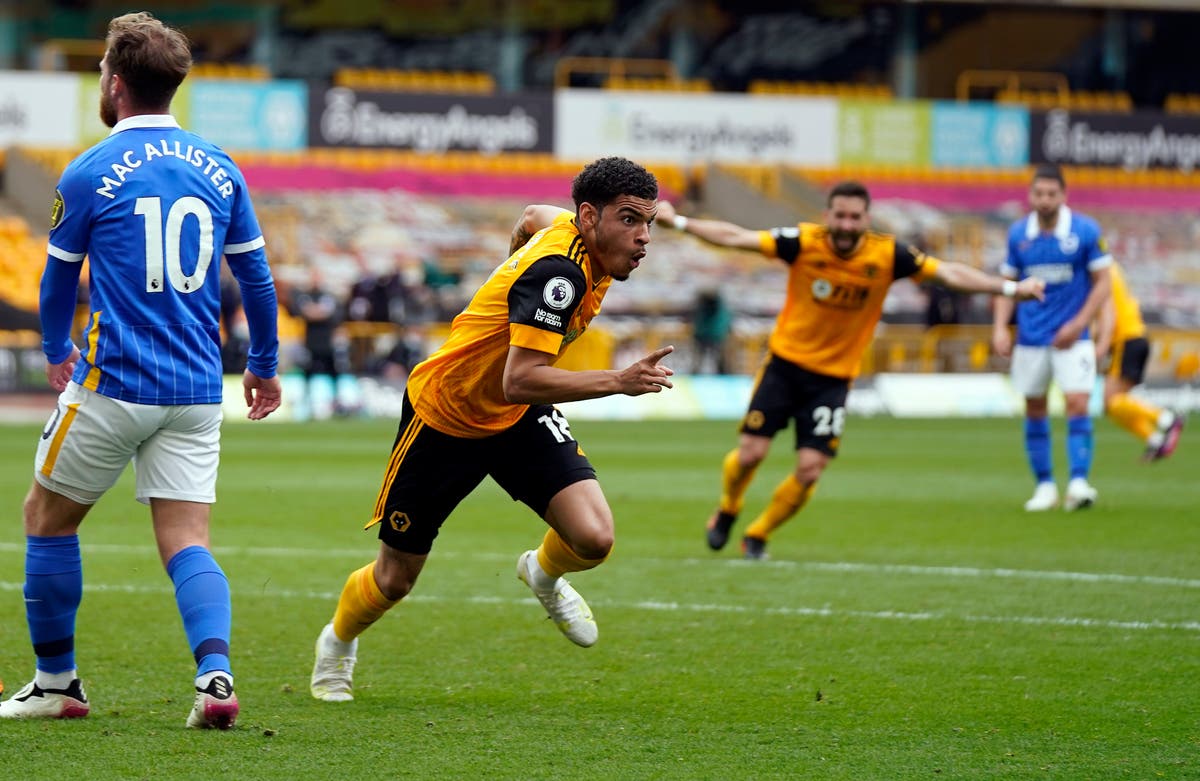 Lewis Dunk fired Brighton ahead in the 13th minute when he powered Pascal Gross’s corner past Rui Patricio, but the Brighton captain was dismissed early in the second half for a last-man challenge on Fabio Silva, turning the game on its head.

The hosts, chasing their first top-flight win against Brighton in 12 attempts, took full advantage of the extra man and drew level in the 76th when Adama Traore fired home from close range after a neat one-two with Silva.

Wolves pressed forward in search of a late goal and Gibbs-White, who had spurned a gilt-edged opportunity just minutes earlier, sealed the winner in the 90th minute when he smashed an effort from the edge of the penalty area perfectly into the top corner.

The result means Brighton remain in 15th on 37 points after 35 games, 10 points clear of 18th-placed Fulham, who have a game in hand. Wolves remain 12th on 45 points.