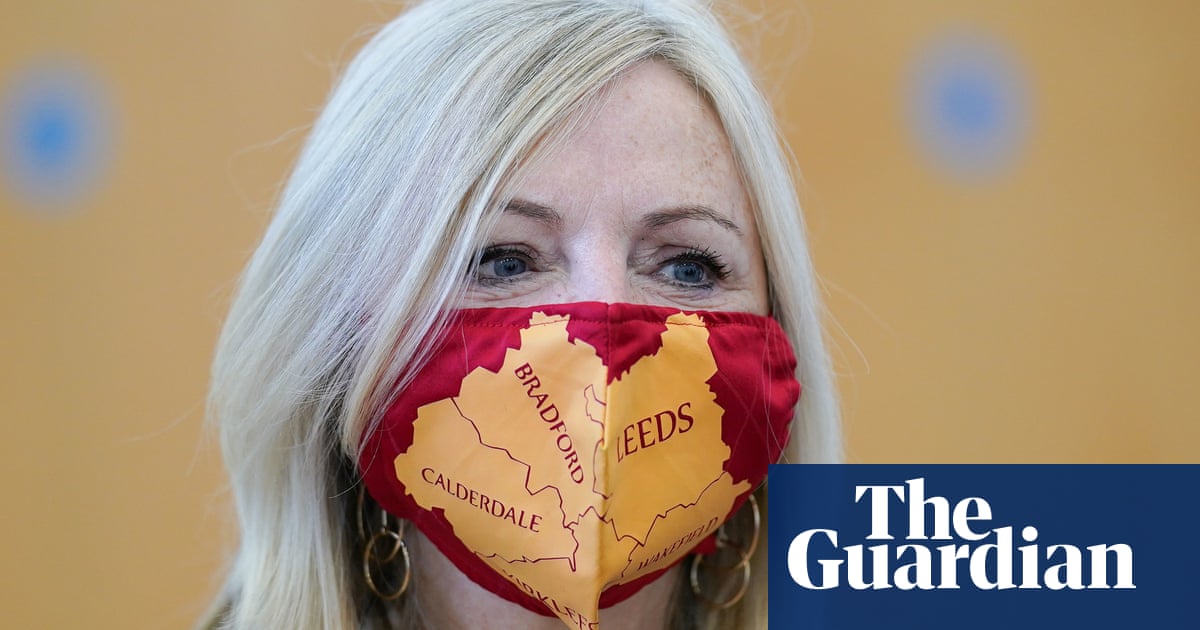 Labour’s Tracy Brabin has been elected as the first mayor of West Yorkshire, setting up another byelection in a marginal seat targeted by the Conservatives.

Brabin was named as the inaugural West Yorkshire mayor with 310,923 votes (59.8%) after second preference ballots were counted. The Conservative candidate, the Leeds city councillor Matthew Robinson, was runner-up with 209,137 votes (40.2%).

It makes Brabin, a former Coronation Street actor, the first female metro mayor in England, four years after the city-region roles were created. She will have powers over transport, crime and planning in the region of 2.3 million people, which includes the cities of Leeds, Bradford and Wakefield.

The result is a much-needed boost for the Labour leader, Keir Starmer, whose party is engulfed in a blame game after a series of losses across England, including the Hartlepool byelection.

It may prove a pyrrhic victory, however, as Labour’s win means Brabin must stand down immediately as MP for the constituency of Batley and Spen under electoral commission rules that make the police and crime responsibilities in her new role incompatible with being an MP. This will trigger another byelection this summer, with Labour sources saying 22 July has been mooted as the date for the contest.

The West Yorkshire seat has elected a Labour MP for 24 years but the party’s majority was cut to 3,525 votes at the 2019 general election, when the Tories came runner-up with 36% of the vote.

Thanking the people of West Yorkshire for delivering her win, Brabin said: “Whether you voted for me or any of the other candidates, I will work to make West Yorkshire better for you and your family. It is an honour that I just can’t put into words to be standing here today as the first ever mayor of our wonderful, dynamic and creative West Yorkshire region.

“Growing up on a council estate, I never imagined I’d be elected to represent my community in parliament let alone the first ever woman metro mayor in the country – our politics is better with women at the top table.”

Addressing Labour’s disappointing performance in parts of northern England, Brabin said her belief was “as strong as ever that Labour still has the right answer for our villages, towns and cities. But the election results show we have to work hard to convince people of that.”

Brabin was elected MP for the seat after the murder of the sitting MP, Jo Cox, by a far-right terrorist on 16 June 2016. The Conservatives did not contest the resulting byelection out of respect for Cox but have made the Pennines seat one of the party’s main targets in the last two general elections.

Patrick Heneghan, a former head of campaigns for the Labour party, said the local election results across the Batley and Spen constituency showed the Conservatives beating Labour by just over 100 votes. The Labour mayoral victory would force “a hugely important byelection in another northern marginal,” he said.

The Conservatives hold nine out of 22 constituencies in the region including Wakefield, which had been consistently Labour since 1932.

During the campaign, Brabin vowed to make job creation her main priority in response to the economic impact of Covid on the region. “Young people are particularly hard hit, BAME communities are very hard hit. A fair and just recovery from Covid means jobs,” she said.

Her pitch to voters also featured a robust pledge to improve the region’s transport infrastructure, including eye-catching commitments to bring buses under public control and oversee delivery of a new mass transit system to link Leeds, Huddersfield, Wakefield, Halifax and Bradford.

The mayoral results showed a surprisingly strong performance from the Yorkshire party. Its candidate, Bob Buxton, received almost 59,000 votes to reach third place, beating the Greens and the Liberal Democrats, despite his party only having been formed in 2014.

Buxton, 42, a parish councillor, campaigned on a programme of “real devolution” for Yorkshire including a regional parliament.

“I’m absolutely delighted. We’ve surprised a lot of people by coming ahead of the Greens and Lib Dems. This is a watershed moment and we now have much higher status heading into the upcoming byelection.”