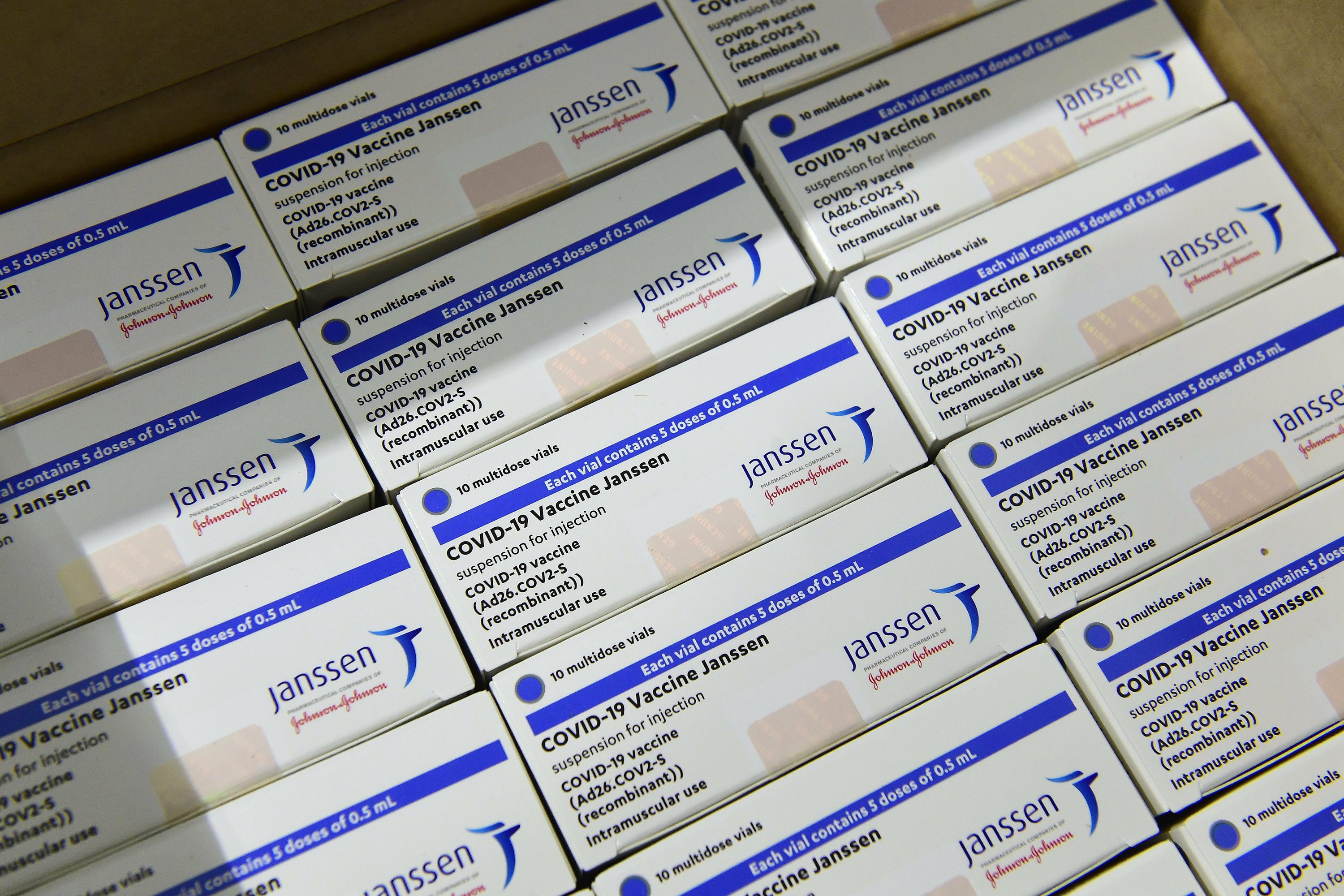 South Africa has given more than 289,000 doses of the J&J vaccine to the country’s health workers without any reports of rare blood clots, Health Minister Dr. Zweli Mkhize told reporters.

He said South Africa was halting the use of J&J jabs “out of an abundance of caution” and expected that questions over the J&J vaccine should “be cleared within a matter of days.”

Mkhize said “in the unlikely event” that the J&J vaccines are permanently halted, South Africa would continue with its vaccination campaign in May using doses from Pfizer-BioNTech.

Earlier, Johnson & Johnson said it was delaying the rollout of its coronavirus vaccine across Europe amid the U.S. probe, a move that experts worried could further shake vaccine confidence and complicate worldwide COVID-19 immunization efforts.

The announcement came after regulators in the United States said they were recommending a “pause” in the single-dose shot to investigate reports of rare but potentially dangerous blood clots.

“We have made the decision to proactively delay the rollout of our vaccine in Europe,” Johnson & Johnson said.

The delay is a further blow to vaccination efforts in the European Union, which have been plagued by supply shortages, logistical problems and concerns over unusual blood clots in a small number of people who received the AstraZeneca vaccine.

The blood clot reports prompted several countries in the 27-nation bloc to limit the AstraZeneca vaccine to older people. The bloc’s drug regulator, the European Medicines Agency, has authorized the AstraZeneca shot for all people 18 and over.

Both the J&J and AstraZeneca vaccines use a cold virus, called an adenovirus, to carry the coronavirus’ spike gene into the body, prompting an immune response. Johnson & Johnson uses a human adenovirus to create its vaccine, while AstraZeneca uses a chimpanzee version.

In a statement Tuesday, the Centers for Disease Control and Prevention and the Food and Drug Administration said they were investigating six cases of unusual clots, including one death, that occurred six to 13 days after vaccination with the J&J shot. The FDA commissioner said she expected the pause to last a matter of days.

The European Medicines Agency said it is “currently not clear” whether the J&J shot caused the rare clotting disorders.

Last week, the EU drug regulator said it found a “possible link” between the AstraZeneca shot and rare blood clots but said the benefits of vaccination far outweighed the risks of COVID-19. It noted the risk of such clots is less than the blood clot risk that healthy women face from birth control pills.

Dr. Adam Finn, a professor of pediatrics at Britain’s University of Bristol, said it was possible the way the J&J and AstraZeneca vaccines were made may have contributed to the unusual clotting disorders in a very small proportion of people.

“This may help give us a clue towards understanding the mechanism or a way to prevent this problem from occurring,” Finn said. “Investigation of this phenomenon is now an extremely urgent international priority.”

European regulators o n March 11 endorsed the Johnson & Johnson vaccine for use in the EU, but the first supplies are only now arriving.

France had expected to receive 200,000 doses of the vaccine this week and was planning to start administering them next week to people aged 55 and over.

In Croatia, where one in four people have already refused to receive the AstraZeneca vaccine, the state health service said “panicky and hasty regulatory reactions should be avoided.” The first of 900,000 J&J vaccines were to arrive Wednesday.

The head of Italy’s National Health Institute, Silvio Brusaferro, said it was too early to say how the J&J slowdown will affect immunization plans, as the first deliveries of 180,000 doses arrived Tuesday.

Officials in Germany, which was due to receive 232,800 J&J doses this week and 10.1 million doses by the end of June, said Tuesday there was no immediate change in plans..

“In principle, we naturally always take such warnings in an international context seriously and investigate them,” Health Ministry spokesman, Hanno Kautz, told reporters in Berlin.

Spain was expecting 300,000 doses of J&J on Wednesday. Spanish Prime Minister Pedro Sánchez said the benefits of taking the vaccine remain greater than the risks but that more information is needed.

In February, South Africa began vaccinating health workers with the J&J vaccine in a research trial after abandoning plans to use the AstraZeneca shot when a preliminary study suggested the AstraZeneca vaccine was only minimally effective against the variant of COVID-19 that first arose in the country.

Last month, the African Union announced it signed a deal to buy up to 400 million doses of the J&J vaccine. Johnson & Johnson also has a deal to supply up to 500 million doses to the U.N.-backed COVAX initiative that helps get vaccines to the world’s poor.

Any concerns about the J&J vaccine would be another unwelcome complication for COVAX and for the billions of people in developing countries depending on the program. COVAX recently was hit by supply issues after its biggest supplier, the Serum Institute of India, announced it would delay exports of the AstraZeneca vaccine for several months due to a surge of cases on the subcontinent.

Jordans reported from Berlin and Cheng from London. Mike Corder in The Hague, Colleen Barry in Milan, Aritz Parra in Madrid, Dusan Stojanovic in Belgrade, Serbia, Mogomotsi Magome in Johannesburg and Sylvie Corbet in Paris contributed to this report.