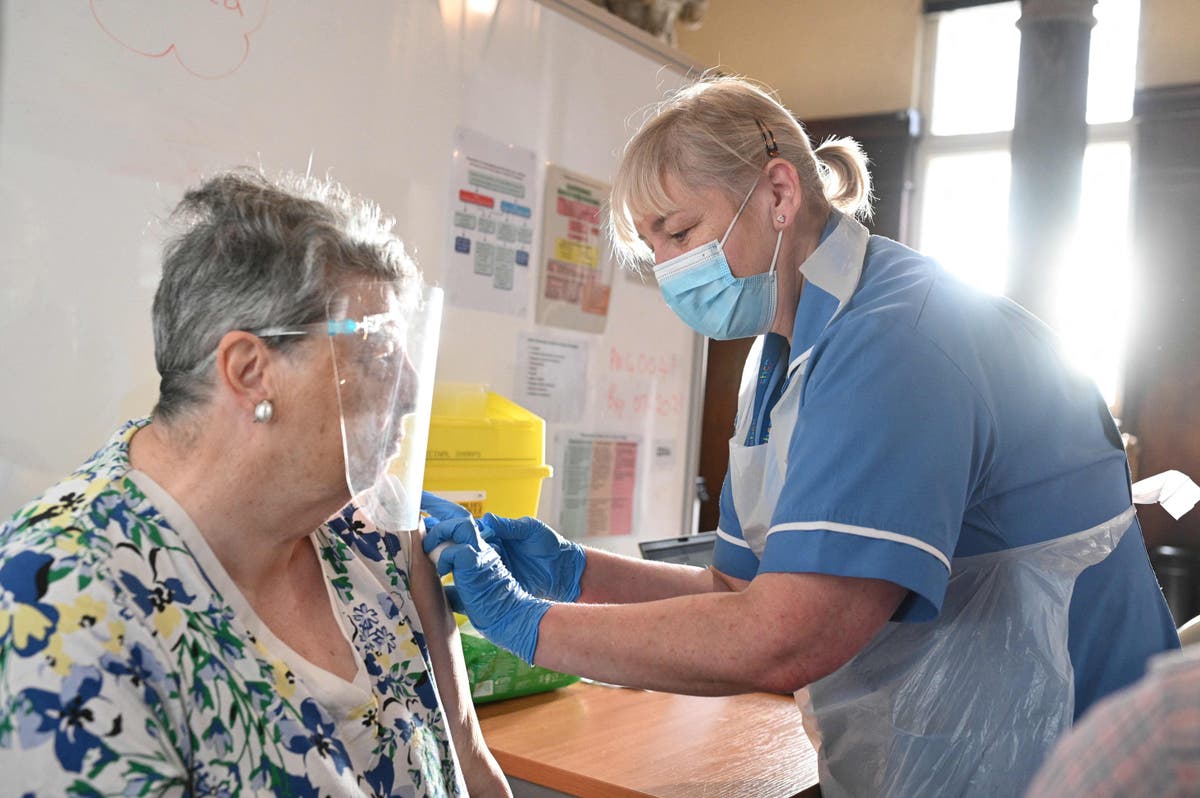 Just over 33 per cent of people aged 18 across the UK have received both jabs.

The NHS hailed the figures as representing an “incredible milestone” down to “months of hard work”.

“Another remarkable performance by the team. Over two-thirds protected with one dose and now one third protected with two doses,” he wrote on Twitter.

Dr Nikki Kanani, medical director for primary care at NHS England, said: “Yet another incredible NHS milestone has been reached as one in three adults in England have now had both doses of the Covid vaccine, meaning that they have maximum protection from the virus.

“Reaching this milestone is no accident. It is down to months of hard work and everyone in the NHS who has played a role in this is helping to protect millions of people from serious illness and saving lives.”

Responding to the figures, health secretary Matt Hancock thanked “everyone involved in our national effort”.

Both England and Northern Ireland are estimated to have fully vaccinated 33.6 per cent of adults. Scotland and Wales aren’t far behind on 33.1 and 33.4 per cent respectively.

Meanwhile, more than two-thirds of adults in the UK have received their first vaccine dose. Wales has given 73 per cent of its adult population a first jab, ahead of Northern Ireland (70 per cent), England (67 per cent) and Scotland (65 per cent).

Cabinet minister Michael Gove said that the “success of the UK vaccination programme”, as well as the “good sense of the people of the United Kingdom”, mean that the country is set to enter phase three of the prime minister’s roadmap out of lockdown on 17 May as planned.

Mr Gove told Sky’s Sophy Ridge programme that there’s “no indication” that lifting restrictions needs to be slowed down.

From 17 May, indoor meetings in groups of up to six will be allowed, including in pubs and restaurants, and some international travel for leisure purposes will resume.