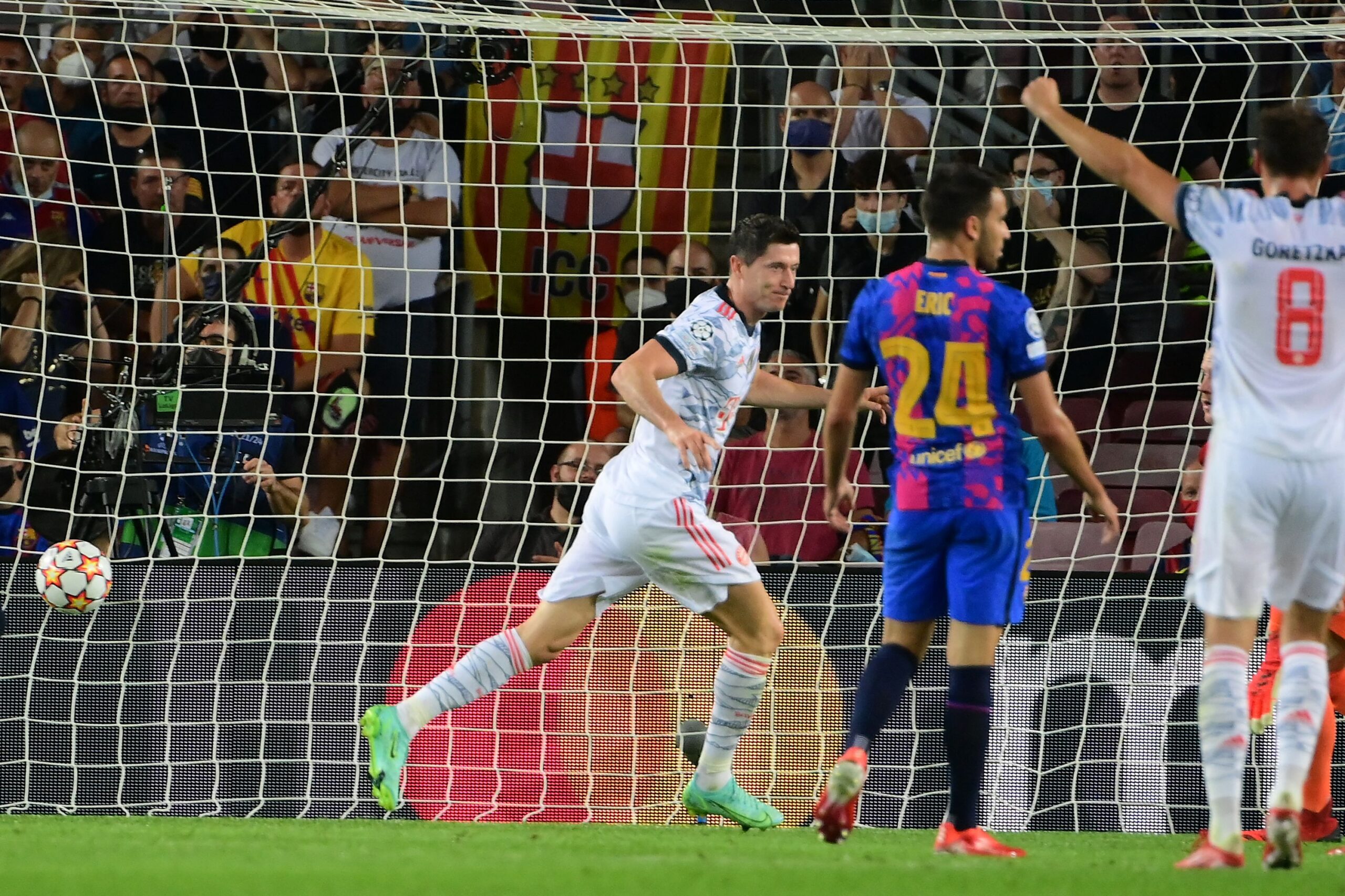 The German champions scored in both halves through Thomas Muller and Robert Lewandowski (brace) to record a comfortable victory that never looked in doubt from the first minute.

In the thrilling encounter, it was Julian Nagelsmann’s side that took the lead on 33 minutes when Muller’s shot from outside the area deflected off Eric Garcia and into the net.

The confident Germans bossed an ordinary Barcelona side who could not muster a shot on target in the first half and went into the interval second best to the chagrin of their 40,000 strong crowd.

Bayern turned on the heat in the second period and swiftly doubled their lead when Lewandowski, their predatory striker, reacted quickest to bundle Jamal Musiala’s shot that came off the post into an empty net.

Lewandowski repeated the trick to round up the match on 85 minutes, gulping up the rebound of Sergi Gnabry’s shot before his shot was deflected into the net

In an earlier match, Manchester United scored first through Cristiano Ronaldo but conceded twice in a poor second half to lose 2-1 to Young Boys FC in Switzerland. The Red Devils also lost Aaron Wan Bisaka to a red card in the 36th minute and crumbled afterwards.

At Stamford Bridge, Chelsea, the UCL champions, started the defence of their title with a 1-0 win over Zenit St. Petersburg, thanks to Romelu Lukaku’s 69th-minute goal.