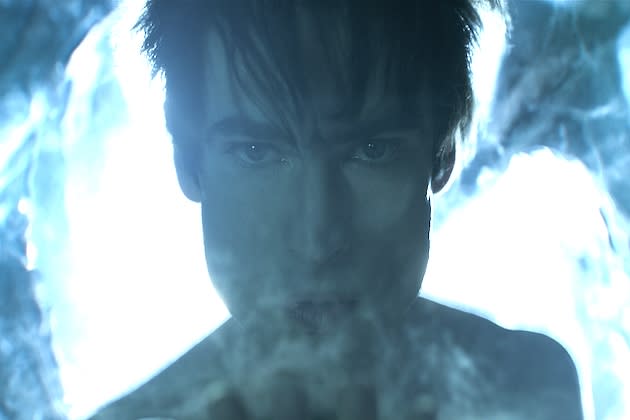 The Sandman, Netflix’s long-awaited adaptation of Neil Gaiman’s comics, starts “in the waking world, which humanity insists on calling the ‘real’ world, as if your dreams have no effect upon the choices you make,” the main character, Morpheus, tells us at the top of the series’ premiere.

As we watch a raven follow a horse-drawn carriage and then fly off to another, otherworldly realm, Morpheus — aka Dream, aka Lord of The Dreaming, aka King of Dreams, aka about a zillion other names — adds, “There is another life that awaits you when you close your eyes and enter my realm.”

Indeed, the 10 Season 1 episodes that started streaming Friday take viewers deep into Dream’s world, a once lush and rich playground (think giant golden doors to a kingdom where dragons frolick) that starts to crumble when its lord leaves “to pursue a rogue nightmare,” as he tells us — and gets detained for more than a century.

In a moment, we’ll want to hear what you thought of The Sandman’s premiere. But first, a quick recap:

Morpheus (played by Sweetbitter’s Tom Sturridge) sets off to catch the aforementioned nightmare, a serial killer with mouths where his eyes should be who goes by the name of The Corinthian (The Fugitive’s Boyd Holbrook). Fans of the Vertigo comics will recognize the helm, ruby and pouch of sand that Morpheus grabs before he says goodbye to The Dreaming’s librarian Lucienne (The Witches’ Vivienne Acheampong). And he quickly tracks The Corinthian to Berlin, where he’s just about to put a stop to the literal nightmare when we hear some chanting and Morpheus is swept away to somewhere else completely. 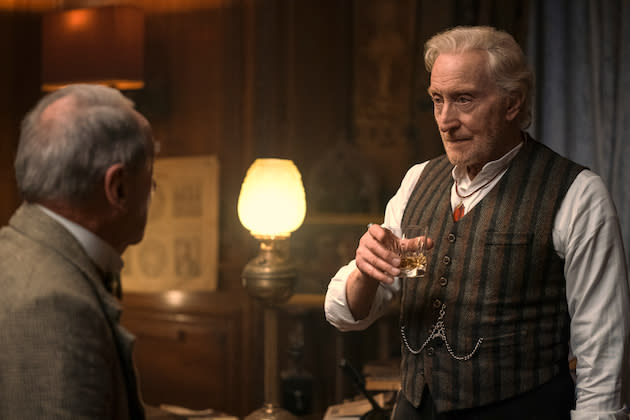 He winds up naked and trapped in a mystical sphere, conjured by a rich man named Roderick Burgess (Game of Thrones’ Charles Dance), who’s attempting to capture Dream’s sibling, Death, instead. (Oops!) The Corinthian makes his way to Burgess’ house to give the old man a few pointers. First, his accountrements (the helm, gem and pouch) can lend aspects of Dream’s power to those who possess them. Second, no one can fall asleep in his presence, or the dream lord will escape.

The next morning, as a result of Morpheus’ imprisonment, a bunch of people don’t wake up from their nightly slumber. One of them is a young London girl named Unity Kincaid; she’ll become important to the story later in the season.

Burgess tries in vain to bargain with Morpheus, but the otherworldly being won’t speak to him. When we skip 10 years ahead, Burgess has wealth, youth and prosperity thanks to Morpheus’ accessories. He eventually impregnates a young woman named Ethel, then demands that she have an abortion. So she runs away… and takes Morpheus’ ruby with her. We later see that she has a son named Johnny, who’ll also figure into the story in a later episode.

Eventually, the episode jumps far into the future, when Burgess’ son, Alex, is an old man… who still has Morpheus locked up in that sphere. When Alex’s wheelchair accidentally rubs away some of the magical markings holding Dream captive, the prisoner is able to make a guard fall asleep, which leads to a series to events that ends with a vortex opening and Dream getting sucked into it.

Soon after, Alex has a dream in which Morpheus gives him the gift “of eternal sleep,” the dream lord says, blowing sand in his face and condemning his captor to a nightmare-filled slumber from which he’ll never awaken. Elsewhere, The Corinthian — fresh from a kill in which the victim’s eyes have been gouged out — knows exactly what’s happened. Still, he monologues, he’s not going to stop what he’s doing until he’s reshaped the world “to look just like me.” 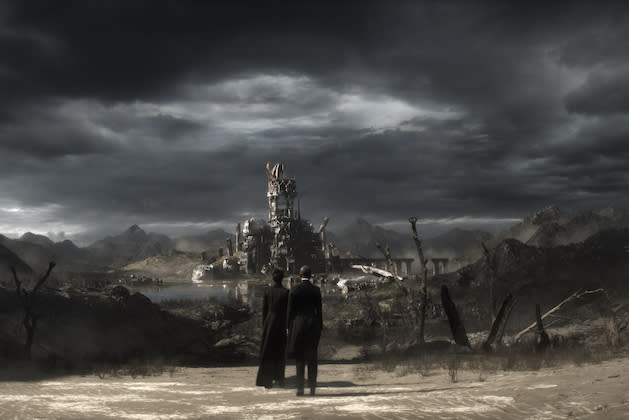 A vastly weakened Morpheus returns to his realm where Lucienne happily greets him… then gently tells him that their world and his palace “are not as you left them.”

That’s putting it lightly. The place is a wasteland! Lucienne explains that because he was gone for so long, the realm began to crumble, and many of its residents have gone. But Dream vows to put it all right, so that dreams and nightmares won’t prey on the waking world. “I made this world once, Lucienne,” he says as the decrepit, giant doors to The Dreaming draw closed behind them. “I will make it again.”

Now it’s your turn. What did you think of the episode? Grade the premiere via the poll below, then hit the comments with your thoughts!

Veronica Mars: Your Quick Recap of Every Episode (and the Movie)

Every Veronica Mars Episode (Plus the Movie)

TV Shows Ending in 2019: Jane, Thrones and More — Which Will You Miss Most?