The Guardian
Share on FacebookShare Share on TwitterTweet
Emily Mortimer’s immaculate adaptation of Nancy Mitford’s bestseller about the madcap Radlett family is an instant classic. What a magnificent treat to tuck into 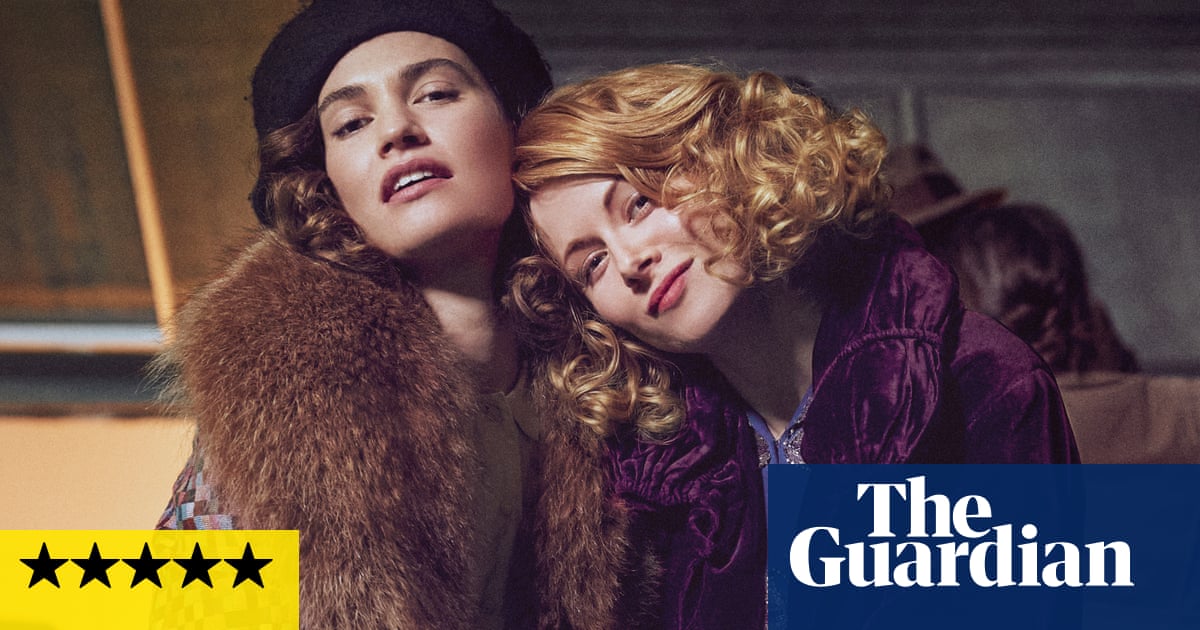 For some reason – but never lack of urging by friends – I have not read any Nancy Mitford, including her most famous novel The Pursuit of Love, a perennial bestseller since its publication in 1945.

I have absorbed the basics, of course, through cultural osmosis. I know she’s one of the communist rather than fascist ones, and the one that gave us the distinction between “U” (scent, looking-glass, napkin) and “non-U” (perfume, mirror, serviette) terms. And that The Pursuit of Love is the one that introduces us to the madcap (and quite often simply mad) world of the Radlett family at Alconleigh. The children with their secret society called the Hons (headquarters in the linen cupboard). The foreigner-hating paterfamilias Uncle Matthew, who hunts said children with his bloodhounds across the Oxford countryside. The Bolter – also known as the mother of narrator Fanny, a Radlett cousin – committed to a vibrant life of serial monogamy since abandoning her only child to be raised by her sister Emily. The excoriation of female education for the loss of social graces that result, and the gain of hockey-exercised “thighs like gateposts”.

All of these touchstones are found in the first episode of the new, three-part BBC One adaptation. It is surely destined (as any translation of a classic book to screen is) to be frowned on by purist fans. But for those of us outside that select group it is an absolutely glorious hour. Immaculately scripted by Emily Mortimer (who also plays The Bolter as a sort of aristocratic Petula Gordino from Dinnerladies, for which choice alone she should be given all possible awards), it is at first glance a romp. Passionate, headstrong Linda (Lily James, perfectly pitching a character who could be very, very annoying indeed) is determined that her life should begin, if not sure how. She “lives in a world of superlatives” and can be trusted to try to throw herself out of the nearest window at the slightest provocation. Cousin and best friend Fanny (Emily Beecham, doing finely-shaded work in a less colourful part) is eager for life too, though less keen on anyone throwing themselves out of windows in the process. Father/Uncle Matthew is equally determined that no female offspring of his should have any kind of life beyond Alconleigh if he can help it. Dominic West plays him as a genuinely frightening genuine eccentric, without making him an absolute ogre or descending into caricature.

The hour moves at pace. The Hons go from linen cupboard to debutante balls and the London season via a variety of adventures and misadventures. Quite which category their meeting of the magnificent Lord Merlin (the magnificent Andrew Scott), the very brightest of bright young things, falls into we will have to wait and see. In the meantime, after a lunch attended by his dyed pigeons (“They love it,” he assures the Radletts, who are tenderhearted where animals if not children are concerned. “Makes them so pretty for each other”) he does his best to educate the unformed Linda. Alas, her attention is fatally drawn to the awful scion of a banking family, Tony Kroesig (“Full-blooded Hun!” – Uncle Matthew), played beautifully repellently by Freddie Fox.

The fun – and funniness – here is thanks again to such a deft, intelligent and loving script from Mortimer. It is edged with melancholy, and beneath it all lies a throb of pain. This is what may convert even the fans most hostile to the idea of messing with their heroine’s work. It is they, after all, who most lament Mitford’s dismissal as a light comic novelist (as if this wasn’t hard enough anyway) and the fact that the book’s insights into thwarted female potential have become ever more unregarded over the years. The entrenching tool with which Uncle Matthew hacked eight Germans to death as they emerged from a dugout in the war hangs over the dinner table, which is funny. The scene in which he in blind fury overturns the table, beneath which Linda is sheltering from a likely beating, is not.

The insistent intertwining of the pain with the laughter, instead of flattening the tale into a Wodehouse-with-women yarn, makes this adaptation feel like a classic in its own right. It is a treat for all. Mitfordians – please, do give it a chance.