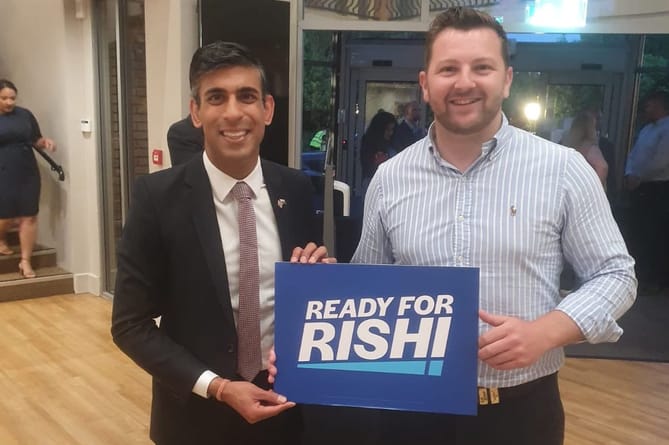 Subscribe to our email and get updates right in your inbox.

I would like to be emailed about offers, events and updates from Tenby Observer. Read our privacy notice

Speaking outside the hustings, Mr Kurtz said: “Rishi delivered during the pandemic; he saved millions of jobs, protected businesses, and saved livelihoods.

“Without his financial leadership, thousands of people could have been left unemployed. It is that leadership we now need as we navigate challenging waters, both domestically and internationally.

“He’s demonstrated his commitment to our country and has shown his ability to rise to the most crucial challenges of the day. His honesty and vision are what we need as a country.

“I know that as Prime Minister he will deliver for Wales and the United Kingdom,” he added.