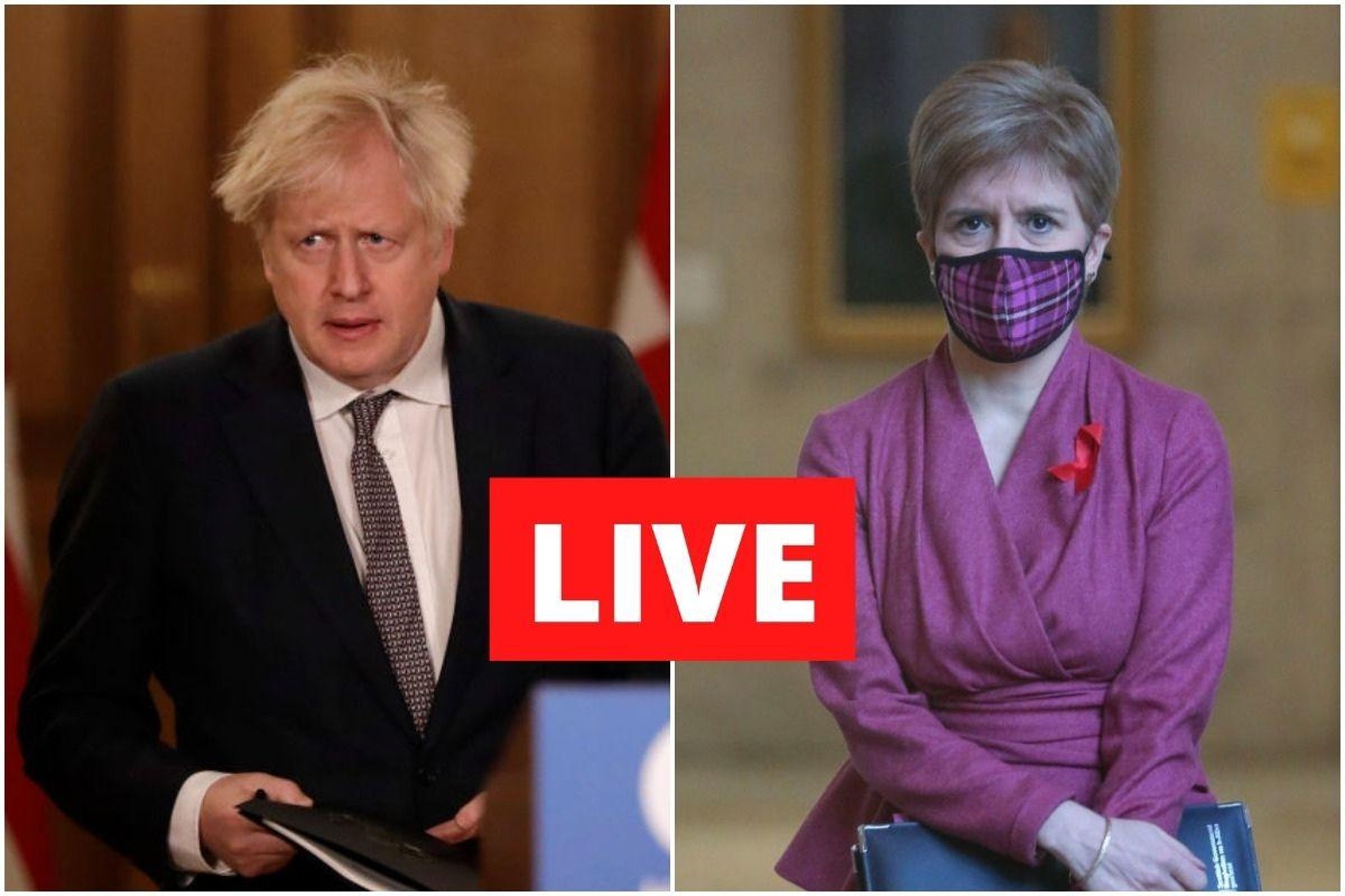 The FM has been urged to close schools early after warning of new coronavirus strain.

Scotland’s opposition leaders have backed plans to impose tighter restrictions over Christmas, but called on Nicola Sturgeon to close schools immediately and publish the evidence for the decision.

The First Minister announced that indoor household gatherings would only be allowed on Christmas Day and a “strict travel ban” would be imposed between Scotland and the rest of the UK.

Schools will continue to open as normal until the start of the Christmas break, with the holiday being extended until January 11 for most pupils.

Online learning will resume for at least the first week of term, although schools will be open for the most vulnerable and children of key workers.

“To win public confidence behind this significant tightening of restrictions requires persuasive evidence to be published, transparency and openness, and a substantial rise in testing, otherwise not only will there be disappointment there will be a heightened risk of non-compliance.”

Scottish Liberal Democrat leader Willie Rennie said: “When the science speaks in such stark terms, the leadership of the country must listen and act.

“Shutting down mainland Scotland for three weeks will have a great impact on people’s lives, but it is the response that is necessary to match this new threat.

“However, the Scottish Government should act earlier by closing schools next week.

“The new strain of the virus is already here and pupils and teachers who are infected in school next week could pass it on to vulnerable relatives on Christmas Day. Let’s be safe and close the schools early.”

He added: “If this is going to work, we need to step up the support for people self-isolating, especially for those on insecure income.

“This means widening the criteria for receiving financial support and offering accommodation where it is urgently needed.

“The staggered school return is also a sensible approach, one we had already been advocating.

“But it must be accompanied by the regular, routine Covid-19 testing in schools which Parliament has voted for and which teachers are demanding, and clinically vulnerable staff must not be forced to put their lives on the line by coming into schools.

“Many people will be baffled that the Government is still insisting on opening schools for two days this week, and I would urge local authorities to close early to keep staff, pupils and communities safe.

“Pressures on the NHS are already on the rise, as it deals with winter workload and the roll-out of the vaccine.

“The last thing we all need is for a surge in cases, just as we can see light at the end of the tunnel. Gatherings of friends and family will be all the more sweeter when this is all over.”

Scottish Conservative leader Douglas Ross said: “Families across Scotland will be devastated at these new measures, especially so close to Christmas.

“However, given the rapidly increasing spread of the virus across the UK, and until our scientists know more about the transmission of this new variant, it is understandable why these restrictions are necessary at this time.

“None of us want this, but these sacrifices will save lives.

“We would expect the Scottish Government to ensure a return to regional levels of restrictions as soon as it is safe to do so.”