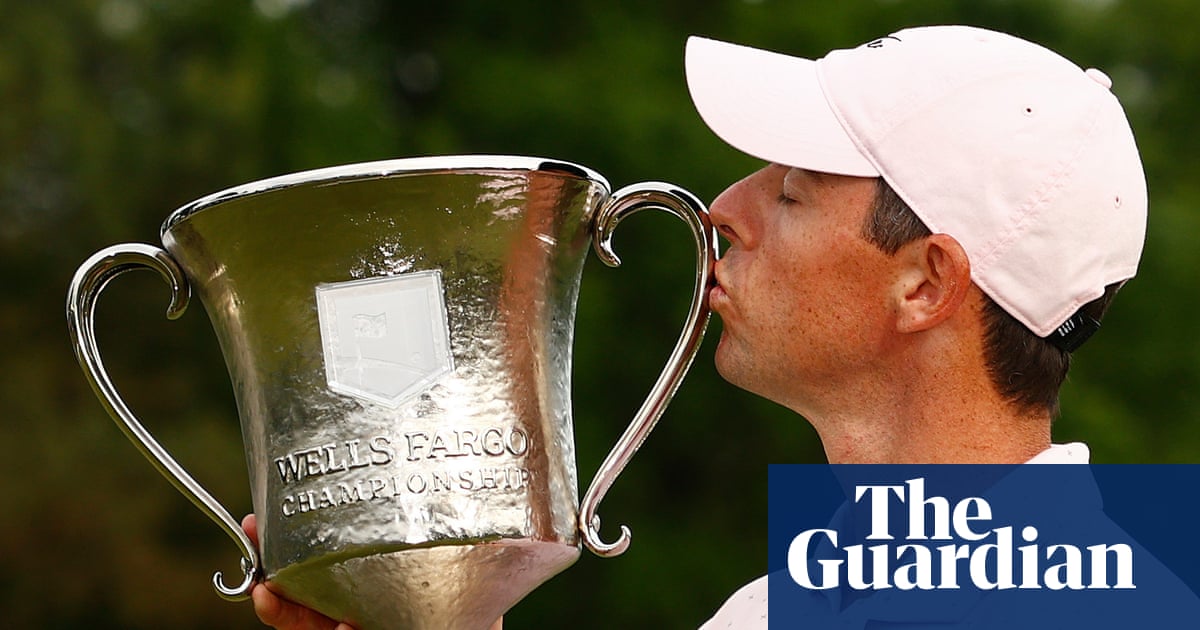 There’s something about Charlotte. When Rory McIlroy missed the cut at the 2010 Masters, he responded by winning what was then the Quail Hollow Championship. The next Friday night exit from Augusta National for the Northern Irishman, 11 years later, has been followed up by victory at the same venue. No wonder McIlroy was seen to take deep breaths over Quail Hollow’s renowned ‘Green Mile’ of closing three holes; this marked his first win since November 2019 - 553 days, to be precise – and the perfect riposte to widespread depictions of crisis. McIlroy has only just turned 32; form is temporary.

McIlroy’s closing round of 68 saw him take the Wells Fargo Championship by one at 10 under par. His recently, much-publicised tales of woe aside, this was a timely trophy collection; the US PGA Championship begins on Thursday week at Kiawah Island. McIlroy romped to victory at the same course in the same tournament nine years ago. This marks McIlroy’s third Quail Hollow success but by far the most significant. He had to scrape and scrap for first place, as belies any notion of a golfer living off past glories.

“It’s never easy,” said a visibly emotional McIlroy. “It [the last win] has felt like a long time. The world is a completely different place. A pandemic, being a father now. This feels awesome. To break the drought and win here again is awesome.”

It seemed no coincidence that vast galleries hailed the celebrating McIlroy. “I need this,” he admitted. “I feed off the energy so much, maybe here more than anywhere else because this is the only place where I’ve won at three times.” Amid technical struggles perhaps that is the key point. McIlroy suffered, like many other sports teams and sports people, from the absence of a following he has been accustomed to since his youth.

McIlroy’s latest triumph was never likely to arrive without disruption. Holding a two stroke lead on the 18th tee, a high and hooking tee shot bounced towards a water hazard and rested in a horrible position as buried on the bank. After much deliberation – including wise advice from his caddie, Harry Diamond – McIlroy opted for a penalty drop rather than any attempt to gouge his ball out. Having found the green, a two-putt bogey was sufficient.

Earlier McIlroy – who started day four as two adrift of Keith Mitchell – played the outward half in a couple under par. Birdies at Quail Hollow’s 14th and 15th strengthened McIlroy’s position as others wilted. Mitchell signed for a one over par 72 to share third with Viktor Hovland. Abraham Ancer’s nine under par took second, as helped in no small measure by a Sunday 66. Gary Woodland’s level-par 71 meant fifth place.

“It shows you how awesome he is as a player because he didn’t have his best today and he still won,” said Mitchell of McIlroy. “That’s why he’s got majors and a bunch of wins. It’s impressive watching that because he had to fight there. The wind was gusting like crazy.”