Hot topics close
Home ROC Olympic Games Tokyo 2020 What is ROC? Here's what to know about Russia and the Olympics

What is ROC? Here's what to know about Russia and the Olympics 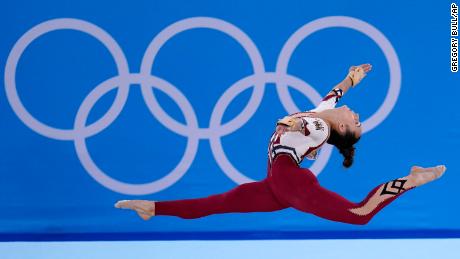 Last year, the Court of Arbitration for Sport cut Russia's ban in half to two years following an appeal. The ban now ends December 16, 2022. Until then, Russian athletes are not able to compete under their country's name, flag and national anthem at the 2020 Tokyo Olympics rescheduled to this summer.
Competing as neutral athletes
Under the ban, Russian athletes can still play as neutral athletes -- which means they do not technically represent a specific country -- if they can prove they had no link to the doping scandal.
More than 300 athletes are doing that at the Tokyo Olympics.
The team still bears the country's colors of white, blue and red, and features athletes who have represented Russia in previous Olympics.
But instead of Russia's flag, the team's flag features its colors in an Olympic flame placed above the five Olympic rings. If an athlete wins the gold, Pyotr Tchaikovsky's "Piano Concerto No. 1" will be played instead of the Russian national anthem.
Russians have played under several team names throughout the past century, representing the Russian Empire, the Soviet Union, and the Unified Team, according to the team's page on the Olympics website.
More than 100 Russian athletes were banned from the 2016 Rio Olympics, which came shortly after the report on state-sponsored doping.
The current ban also means Russia can't be represented as a country at the 2022 World Cup or the 2022 Winter Olympics, so Russia's flag and anthem won't be at the Olympics until the 2024 games in Paris.