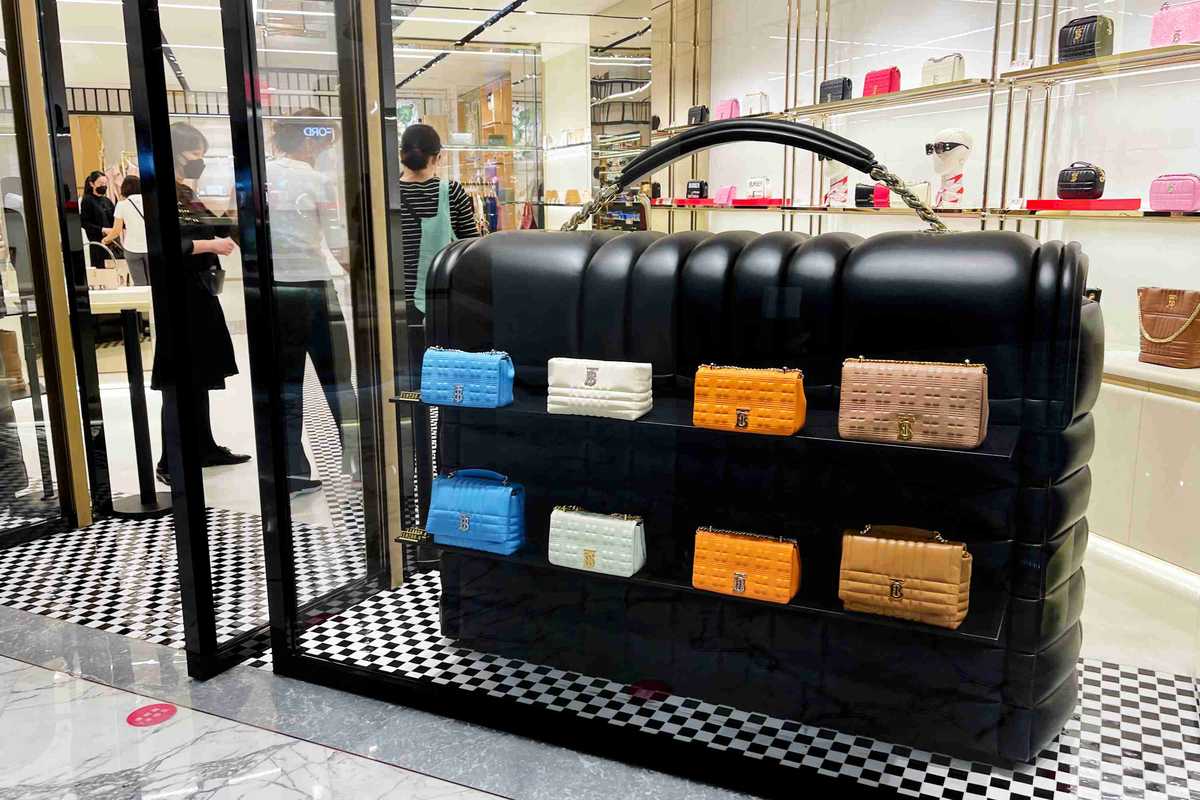 Burberry handbags on display at a department store in Beijing. CHINA DAILY

International luxury brands have debuted limited editions of products specially tailored for China ahead of Qixi Festival, or Chinese Valentine's Day, on Thursday, to attract more Chinese consumers and make further investments in the country in line with localization strategies.

For instance, Cartier launched a limited edition series of jewelry for Qixi. Qeelin debuted a style of necklace for the holiday limited to 700 pieces in total. Meanwhile, luxury watchmaker Vacheron Constantin launched a style of women's timepieces especially for the Chinese market, with the design inspired by traditional Chinese clothing elements.

Since early July, luxury retailers began preparing for Qixi. On Alibaba's Tmall, they have launched more than 800 styles of limited edition products for the festival, including global limited editions debuting in China, and tailored editions for the China market.

In addition, discount e-retailer Vip.com said in the past week, sales revenues of luxury products on the platform grew about 30 percent over early July numbers. In particular, luxury bag sales jumped more than 40 percent during the period, and watches, belts, bracelets and necklaces, which are widely bought as gifts, posted stellar growth.

Buoyed by a huge consumption market in China, luxury brands are increasingly attaching importance to traditional Chinese festivals to cater to local consumer tastes and stimulate business growth. They tend to launch new products with various Chinese elements. For instance, Chinese zodiac elements have been used commonly in designs launched during the Spring Festival.

In the first quarter, China's luxury market witnessed strong growth, but business in the second quarter was affected by the resurgence of local COVID-19 cases. Still, the nation's personal luxury market is expected to gradually recover in the third quarter, and return to 2021 levels by the year-end or early next year, said a recent report by Bain&Company.

The consultancy predicted that China is on track to become the world's largest luxury market by 2025. It will be supported by continuous repatriation of spending and gradual reopening of international travel, first in Asia and then globally.

"Meanwhile, the Hainan Free Trade Port has been a key enabler to drive consumption growth in China, and the region is set to continue to play a vital role in China's luxury goods market," said Xing Weiwei, partner of Bain& Company.

Fan Feifei contributed to this story.