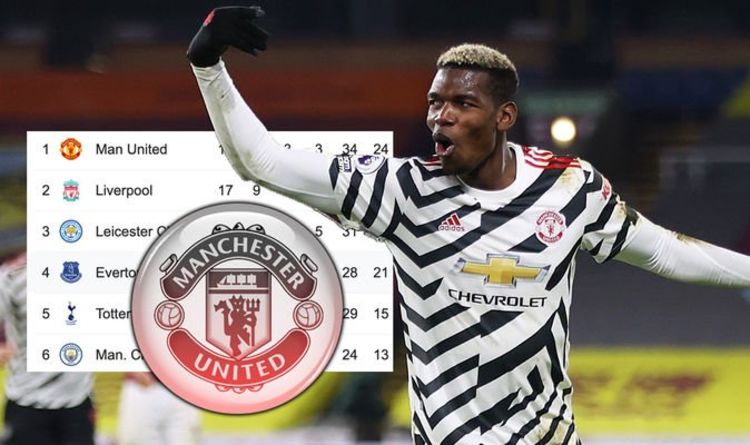 Manchester United beat Burnley 1-0 to continue their excellent form in the Premier League. The Red Devils have now gone three points clear of rivals Liverpool in the title race, but when was the last time United were top of the table after New Year's Day?

United edged out Burnley at Turf Moor on Tuesday night to leapfrog Liverpool in the table.

Ole Gunnar Solskjaer's side had to wait until the 71st minute to open the scoring.

Midfielder Paul Pogba scored from the edge of the box after starting a well-worked move.

His goal turned out to be the difference in a cagey affair against Burnley, and the three points headed back to Old Trafford.

READ MORE: Liverpool and Man Utd told how much they must spend to land Koulibaly

United are now top of the table after 17 games; three points clear of Liverpool.

Manchester City could move to within a point of their cross-city rivals if they win both of their games in hand.

But, for the moment, United are at the precipice of the top flight, having won the most matches this season.

Despite Liverpool scoring more goals and conceding fewer, United are now in the driving seat for the Premier League title.