Sky Sports
Share on FacebookShare Share on TwitterTweet
Manchester United are gathering steam after a stuttering start - so are they now up to speed following their curtailed pre-season? 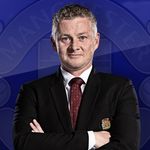 Manchester United are gathering steam after a stuttering start - so are they now up to speed following their curtailed pre-season?

United have been known as slow starters this season. That has stemmed from their tendency to struggle in the first half of matches before fighting back in the second half.

But there is also reason to believe that Ole Gunnar Solskjaer's side are now getting up to speed more generally too, and recovering from what could be described as a hangover in the first part of this campaign.

United's Premier League season began a week later than the majority of other sides, due to their run to the semi-finals of the Europa League at the end of 2019/20.

However, despite that delayed start, it was still an extremely quick turnaround for Solskjaer's players - just 34 days separated their semi-final defeat to Sevilla and their Premier League opener against Crystal Palace.

A short pre-season? A lack of recovery time from the congested calendar of Project Restart? Both seem likely to have contributed to United winning just two of their first six Premier League games and losing three.

But since then, they have picked up form, winning seven and going unbeaten in their last nine in the league - despite some continued struggles in the Champions League.

The signs suggest United are starting to build fitness and, with it, momentum.

United are now just three points off leaders Liverpool - and have a game in hand, their rearranged fixture with Burnley.

We take a look at the squad's running stats and how they correlate with their ascent up the table, and consider how the team's knack of keeping watertight and scoring late on has been the cornerstone of their improvement...

As the graphic below shows, Solskjaer's side do not often out-run opponents in terms of distance covered. In fact, they have recorded a lower distance-covered total in every league game bar Newcastle this term.

However, the 105km and 100km recorded during the early season defeats against Crystal Palace and Spurs were notable lows and there has been a sustained increase in turf covered since, with more frequently around the 110km mark.

Solskjaer's men still only rank 14th in the Premier League with their average of 107.9km per game - but they appear capable of greater efforts now.

In contrast to distance covered, United rank sixth in the Premier League this season when it comes to sprints made by their players during matches. They average 135.5 per game, behind only Leeds, Chelsea, Liverpool, Southampton and Manchester City.

The graphic below reveals United smashed their season average in an attempt to match Leeds' physical exertions - and the work ethic paid off with a 6-2 win - but it also shows how the opposition clearly up their sprints against United, coming out on top in nine of their 15 games.

In terms of the players, the chart below reveals Marcus Rashford is by far the club's most frequent sprinter and the fastest with a top-end speed clocked at 35.3 km/h, while only Bruno Fernandes has outrun the England forward this term.

Rashford's late winner at Wolves was just the latest example of this team striking in the final moments of games this season. They also scored stoppage-time goals to grab points against Southampton and Brighton. The graphic below also shows how they have scored 19 of their 31 goals in the second half, equating to 61 per cent.

Conversely, at the other end of the pitch, United have become renown for shipping early goals before staging those late comebacks, conceding 14 of 23 in the opening 45 minutes - but there are signs that reckless tendency is on the wane.

Indeed, the graphic below shows how United conceded first-half goals in six of their past nine games - and won five of those six games. However, they have only shipped three during the opening interval in the past five fixtures.

As a result, United have gleaned a league-topping 18 points from losing positions already this season, eight more than the next highest figure.

So there are positive signs Solskjaer's side are heading in the right direction - and are building the fitness to last the distance in this testing season.

The transfer window in England for the Premier League and Sky Bet EFL will open on January 2 and close on February 1, 2021.

The Bundesliga and Ligue 1 windows will also open on January 2 while La Liga and Serie A will begin their trading on January 4.

As usual, players can be bought and sold across Europe and beyond. Loan deals are also able to be completed during the month-long window.

At the time of writing, there is no indication that there will be another extended domestic transfer window between Premier League and EFL clubs.

In the summer, English sides were still able to do business for a further 11 days after the first deadline on October 5. The second domestic window closed on October 16, although Premier League clubs were only able to buy from EFL clubs and not among themselves.

This saw the likes of Said Benrahma, Joe Rodon and Karlan Grant secure moves from Championship clubs into the top flight.

Keep up to date with all the latest transfer news and rumours in our dedicated Transfer Centre blog on Sky Sports' digital platforms. You can also catch up with the ins, outs and analysis on Sky Sports News.