Liverpool FC
Share on FacebookShare Share on TwitterTweet
Roberto Firmino scored a dramatic late winner as Liverpool went clear at the top of the Premier League table with a 2-1 victory over Tottenham Hotspur at Anfield.

Roberto Firmino scored a dramatic late winner as Liverpool went clear at the top of the Premier League table with a 2-1 victory over Tottenham Hotspur at Anfield.

The Brazilian forward bulleted in a 90th-minute header from a corner to send the Reds three points clear of their opponents at the summit.

Mohamed Salah’s deflected shot on 26 minutes had earlier given the champions a deserved lead after a dominant start, but Son Heung-min equalised soon after against the run of play.

Both teams struck the woodwork in the second period, with Steven Bergwijn hitting the post for Spurs and Sadio Mane hammering against the crossbar at the other end.

However, in the final seconds of normal time, Firmino arrived to meet Andy Robertson’s corner and net in front of the 2,000 elated supporters inside the stadium.

Liverpool made just one change from the weekend draw at Fulham with Rhys Williams replacing Joel Matip, who had failed to recover from a back spasm in time to participate. Naby Keita was on the bench, however. 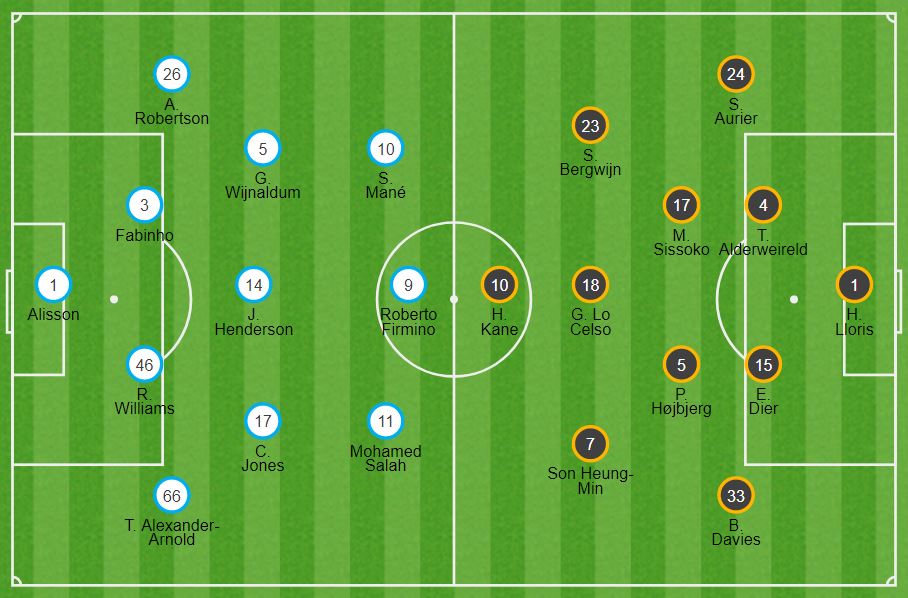 Anfield paid tribute to former manager Gerard Houllier ahead of kick-off after the 73-year-old sadly passed away earlier this week. A period of applause was held in his memory as his name bellowed out from the supporters situated on the Kop.

Once under way, Liverpool started assertively – and Hugo Lloris was called into action with 11 minutes on the scoreboard when he plucked a downward header from Firmino out of the corner after Robertson’s free-kick had found the Brazilian.

The left-back was teeing up a teammate for the game’s next chance, too. This time he hoisted the ball back into the path of Salah, who saw an instant swipe gathered by Lloris.

The Reds had been dominant since the first whistle – and their pressure duly told midway through the half.

Curtis Jones slalomed into the area and touched the ball back towards Salah, whose first-time strike deflected off Eric Dier and looped over Lloris. 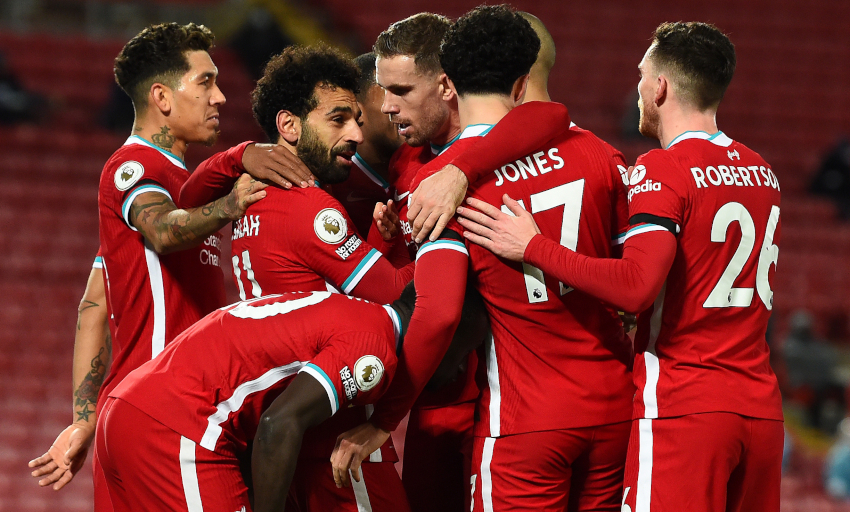 And Jones almost doubled the champions’ advantage immediately afterwards when more nimble footwork created a shooting opportunity. This time, however, Spurs’ goalkeeper was its equal.

Tottenham hadn’t fashioned a single opening – but they levelled on 33 when Son raced through to meet Giovani Lo Celso’s pass and finish clinically at Alisson Becker’s near post. A VAR check deemed the visiting forward to have been onside and the effort stood.

Liverpool’s response saw Firmino bring a flying save out of Lloris before Sadio Mane’s slick spin-and-shot also worked the Spurs stopper, but it remained deadlocked at the break.

The Reds could have found themselves trailing in the immediate seconds after the restart, but Bergwijn sliced wide after pouncing on a wayward ball.

Then, Harry Kane tried to flight Alisson’s misplaced pass over the head of the goalkeeper; however, he managed to recover to palm it around the post.

At the other end, Salah’s skimming shot from 20 yards had Lloris sprawling to his right to keep it out as Liverpool regained control.

But on 63, Tottenham went agonisingly close to going in front when Bergwijn rasped an effort against the post. Kane then headed down and over from the resulting corner after Fabinho had hacked the ball behind.

Firmino saw an effort deflect into the gloves of Lloris and Salah failed to get enough behind an attempt across goal as the Reds threatened once more.

As the game crept into its final quarter, Mane spun Serge Aurier and rattled the crossbar with a left-foot blast.

Nevertheless, with the contest seemingly heading for a draw, Liverpool struck in the last minute of normal time in dramatic fashion.

Robertson’s corner from the left met the head of Firmino, who crashed the ball beyond Lloris to send the Reds three points clear at the top of the table.