Paul Mescal is heading to the West End with the Almeida's ... 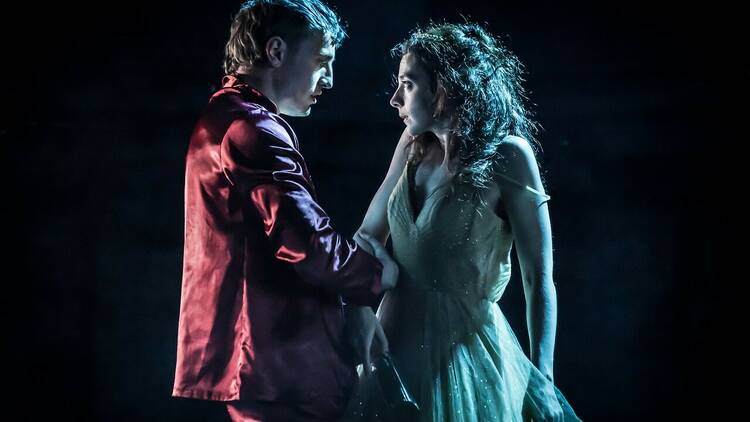 Paul Mescal’s post-‘Normal People’ return to the stage was always going to be a big deal: the entire run of Rebecca Frecknall’s Almeida Theatre revival of Tennessee Williams’s landmark ‘A Streetcar Named Desire’ sold out instantly off the back of the Irish actor’s presence as the abusive Stanley Kowalski. It has only become a hotter ticket since, thanks to excellent reviews and Mescal’s Academy Award nomination to his bow for his leading role in the acclaimed indie flick ‘Aftersun’.

Clearly the demand for a West End transfer was there, but with big international stars with packed filming schedules, demand isn’t always a guarantee it’ll actually happen.

Good news! ‘A Streetcar Named Desire’ will transfer, with its principal cast of Mescal, Patsy Ferran and Anjana Vasan intact.

More good news! It’s happening really soon, its new run at the Phoenix Theatre kicking off March 20, a week after the Oscars.

Less good news! Clearly Mescal is pretty busy as it’s only doing six weeks in the West End (the others are brilliant, particularly Ferran, but let’s be real here, if Mescal could do another two months they’d recast anyone who couldn’t).

Another run in the future is possible, but really it’s safest to view this as your last, best chance to see Mescal’s borderline satanic Stanley, Ferran’s achingly fragile Stella, and Vasan’s heartbreakingly world-weary Stella. Tickets go on sale on Wednesday Feb 1 and will not stick around for long.

‘A Streetcar Named Desire’ is at the Almeida Theatre until Feb 4. It transfers to the Phoenix Theatre Mar 20-Apr 29. Sign up for updates at www.streetcarwestend.com

Read our review of ‘A Streetcar Named Desire’ at the Almeida Theatre.

The best new London theatre shows to book for in 2023.

Get into a relationship with our newsletter. Discover the best of the city, first.

By entering your email address you agree to our Terms of Use and Privacy Policy and consent to receive emails from Time Out about news, events, offers and partner promotions.

Thanks for subscribing! Look out for your first newsletter in your inbox soon!

Popular on Time Out

We see you’re using an ad-blocker. Ad revenue is Time Out’s main source of income. The content you’re reading is made by independent, expert local journalists.

Support Time Out directly today and help us champion the people and places which make the city tick. Cheers!