The Scottish Sun
Share on FacebookShare Share on TwitterTweet
THIRTY years ago the Outlander phenomenon was born – when the first book in the series was published in 1991. Written by a then unknown American academic Diana Gabaldon the series has spanned eight…

THIRTY years ago the Outlander phenomenon was born – when the first book in the series was published in 1991.

Written by a then unknown American academic Diana Gabaldon the series has spanned eight novels - selling an astonishing 50 million copies in 39 languages - and sparked off a major Scottish tourism boom.

They also led to the global TV sensation Outlander with wartime nurse Claire Randall – played by Caitriona Balfe - who travels back in time and falls for Sam Heughan’s Jacobite warrior Jamie Fraser.

On the 275th anniversary of the Battle of Culloden, we launch our Outlander series with an exclusive interview with the book’s creator.

The married mum with three young kids was working as a university professor, while editing a software magazine, when she took time out from her hectic life to worship at Our Lady of Perpetual Help in Scottsdale, Arizona.

The academic had been toying with the Jacobite era as a possible topic to write a “practice novel” after watching a 60s episode of Doctor Who.

It starred Emmerdale actor Frazer Hines as Scots warrior Jamie McCrimmon who was plucked from the Battle of Culloden by Patrick Troughton's Time Lord.

And although she can’t recall the exact words she jotted down that day, she certainly remembers the location.

Diana, who lives with hubby Doug Watkins, says: “I was in the church parking lot, after Mass.

“I’d been thinking - vaguely - about a man in a kilt, and a scatter of words came along with the thought ‘that’s what I need to start writing every day - a few words need to show up, to give me a foothold’.

“I had two full-time jobs and three small children under the age of six at this point, but they didn’t come to Mass with me unless my husband was along to help wrangle them.

“So being alone for once I dug out a crumpled piece of notepaper, an ex-grocery list most likely, from under the front seat of the car, and jotted down those few words.

“I don’t recall what they were, though there was something about a grave.”

The American author admits she was immediately drawn to this turbulent time of the 1745 uprising when Bonnie Prince Charlie tried to claim the British throne which culminated in the Battle of Culloden, which took place 275 years ago today, Friday April 16.

She says: “The Jacobites suited me very well. The 18th century was a time of intense activity and social ferment, full of travel, ideas, adventure, and, of course, war.

Remarkably Diana still didn’t expect anyone to read Outlander, adding: “Remember this was my practice novel, written for the sole purpose of learning how to write a novel.

“So I didn’t have to worry about whether anybody else would be interested in Jacobites.”

Fortunately they were and US publisher Delacorte Books paid her a cool one million dollar advance for the first three books in the series.

What’s more they would also give her an additional advance of 10,000 dollars for every week they were in the New York Times best sellers list.

And their success ultimately meant Diana stopped, “being a university professor and became a full-time novelist.”

She adds: “I also - by great good fortune - got rich and famous, though that took quite a while.

“They didn’t just hand me a cheque for a million dollars. But after three books and bonuses I was a hair short of a million bucks.”

Although fame and fortune hasn’t stopped fans mispronouncing her surname.

She says: “I’ll get ‘Are you by chance Diana GuBALDun?’That’s as close as anyone in the British Isles has ever come to pronouncing my last name.

“Gabaldon actually rhymes with ‘Bad to the bone’, but no matter.”

After Outlander, Diana wrote Dragonfly in Amber, Voyager, Drums of Autumn, The Fiery Cross, A Breath of Snow and Ashes, an Echo in the Bone and Written in my Own heart’s Blood.

But she admits at the beginning she still had no idea the series would be so well received.

She says: “Hopes, dreams and ambitions are never realistic and looking at huge runaway bestsellers like The Horse Whisperer, The Da Vinci Code, Outlander didn’t fit the pattern.

“It is off-beat and is actually a complex book. What I hoped is Outlander would strike enough people favourably that the second book would sell better than the first, and the third better than the second—and that I’d get a contract for what came next. So that actually worked.”

Outlander was also a thick book at 305,000 words – about three times longer than an average novel. But others, like The Fiery Cross, were half a million words long.

And Diana soon had to get used to some people’s reaction being, “I just can’t read it - it’s so thick.”

She jokes: “I do claim some modest credit for never once, in the last thirty years, having replied, ‘Aye, so’s your heid’.”

But one of the amazing off-shoots of Outlander is it helped raise the profile of Bonnie Prince Charlie and the Jacobite uprising.

And Diana is utterly convinced Culloden - where around 2,000 Jacobites were killed or wounded by government forces in just one bloody hour on April 16, 1746 – is haunted after she first visited the site of the massacre near Inverness back in the 90s.

She says: “I walk a lot of battlefields in the way of business, and most aren’t noticeably haunted, but two of them are - the site of Pickett’s Charge at Gettysburg in Pennsylvania and Culloden.

“And both for the same reason - a lot of men stood there for a long time, knowing they were going to die.

“The first time I went to Culloden with my husband we walked the trails quietly, and now and then he would ask me a question, like “Where did Jamie fall?”

“I would lead him a little way, to a declivity among the broom and heather, half-filled with water, just behind what would have been the original British lines. ‘About there,’ I said. ‘You can see why the water soaked up through his clothes.’

“Once we’d finished the walk, we sat quietly on a bench near the Graves of the Clans.

DIANA admits she was left “upset” by the first Outlander book jacket – as she felt it unfairly portrayed her as a romantic author.

The writer’s debut cover featured a broken clock and a sword along with pearls and a flower.

She says: “I didn’t like the cover, so the first twenty-four hours were kind of a shocked, upset kind of feeling.

“Don’t get me wrong, it’s a good cover, I just objected to the pearls and flowers, which I thought were cheesy and stamping the book as ‘women’s fiction’.

“I didn’t want to start out my career with that label, for assorted reasons. After that, though—sheer ecstasy.

“I’m always thrilled to bits, every time, when a new book arrives, whole and pristine. I carry it around for days, fondling it at stop-lights.”

“I replied, ‘Over there’, pointing toward the Fraser clan stone. Silence resumed for several minutes, and then my husband said, ‘I can’t believe I’m getting all choked up over the death of somebody who didn’t really exist.’

Now Diana is putting the finishing touches to her much anticipated ninth book Go Tell the Bees That I Am Gone before starting work on the 10th and final novel in the Outlander series. 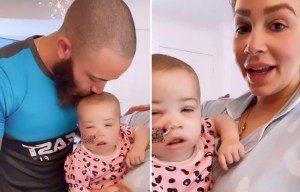 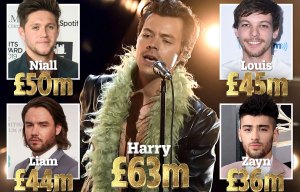 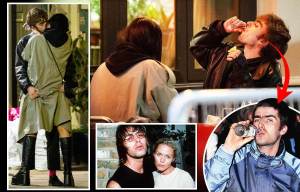 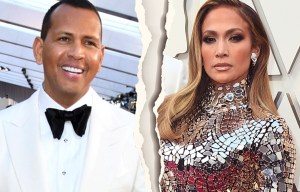 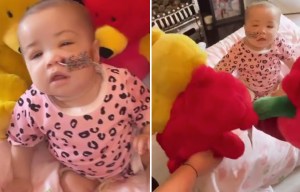 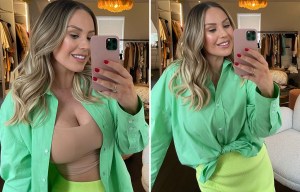 And she knows how she would like to close the chapter on the literary phenomenon that had its humble beginnings in a church car park all those years ago.

Tomorrow: How we managed to deliver the perfect Jamie Fraser.