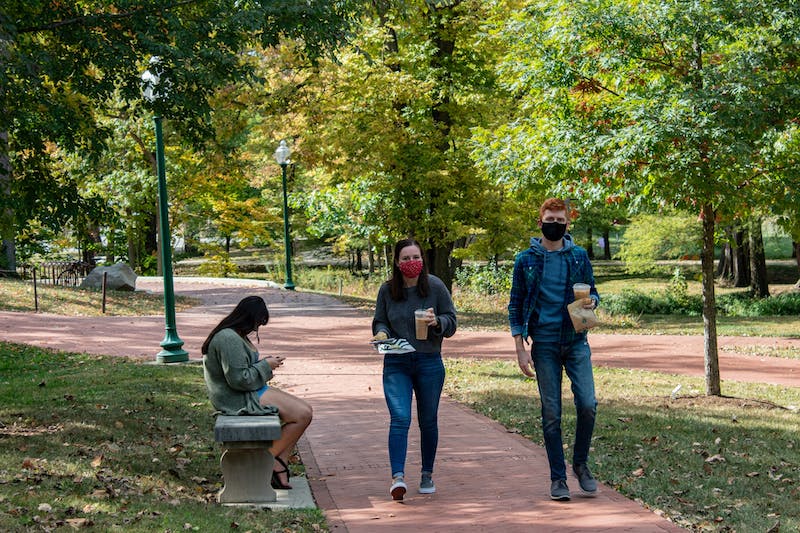 IU is seeking participants for a new clinical trial that will test whether the Moderna vaccine prevents the spread of COVID-19 among college students and close contacts.

The trial is seeking 12,000 unvaccinated college students from around 20 U.S. universities to participate. Students who join will receive up to $947 in compensation.

The trial is called Prevent COVID U and is led by the Fred Hutchinson Cancer Research Center, which is the headquarters of the National Institute of Health’s COVID-19 Prevention Network. According to the COVID-19 Prevention Network, Prevent COVID U opened its first study sites at each college March 25. IU began enrolling students this week and will have vaccines in the next couple of weeks, undergraduate advisory board member Cameron Gutterman said.

Students can visit Prevent COVID U’s website to enroll. They must meet certain eligibility requirements, such as being 18 to 26 years old, willing to potentially defer the vaccine until the fourth month  of the trial and must also live in the Bloomington area for the duration of the trial. Factors disqualifying a student from participation are a self-reported known history of a COVID-19 infection, prior administration of a vaccine and significant medical conditions.

The trial will happen over five months. Students’ names will be randomized by computer and placed into either an immediate vaccination group, which will receive the vaccine within a week of enrollment, or the delayed vaccination group, which will receive it at the end of the study in July. Participants will be sent to Simon Skjodt Assembly Hall for a clinic visit at the beginning of the study, where their blood is drawn and they’re told which group they’re in.

Results of the study will be released later this year, according to Prevent COVID U’s website.

Dr. Aaron Ermel, assistant professor of clinical medicine at IU School of Medicine and another leader of the study, said the purpose of vaccinating some people later is to compare transmission rates between the vaccinated and unvaccinated students. He also said he wants students who may be wary of the trial to know the trial isn’t testing any new vaccines, but simply doing further examination of a vaccine that is FDA-approved and is already being distributed.

Participants must live near IU throughout the trial because they will be asked to complete questionnaires via an eDiary app and give periodic blood samples. They will also take daily nasal swabs to test for infection and track the amount of viral particles potentially present. These will be dropped off during required mitigation testing at Cramer Marching Hundred Hall twice a week. Ermel said if a student participating in the trial tests positive during mitigation testing, they must contact the study team. According to the Fred Hutchinson Cancer Research Center, the positive samples will be analyzed to determine the viral load, or the amount of virus in them.

Ludema said the team is working to recruit students by posting flyers at mitigation testing sites and coordinating Q&A sessions with student organizations.

“We’re really committed to having a diverse group of students," Ludema said. “If the concern is about the actual vaccine, there we want to really be engaged and be reaching out about sort of relaying some of those concerns.”

To boost engagement and inform researchers, an undergraduate advisory board also meets bimonthly to make suggestions about logistics such as swab drop-off sites and discuss how to best recruit students.

“We have a lot of peers who are going through the same things we are and we can kind of relate those experiences and translate that into the actual study to make things easier on them,” said senior Mason Lown, a member of the advisory board.