Matt Hancock says every 'flex' of lockdown rules could be fatal 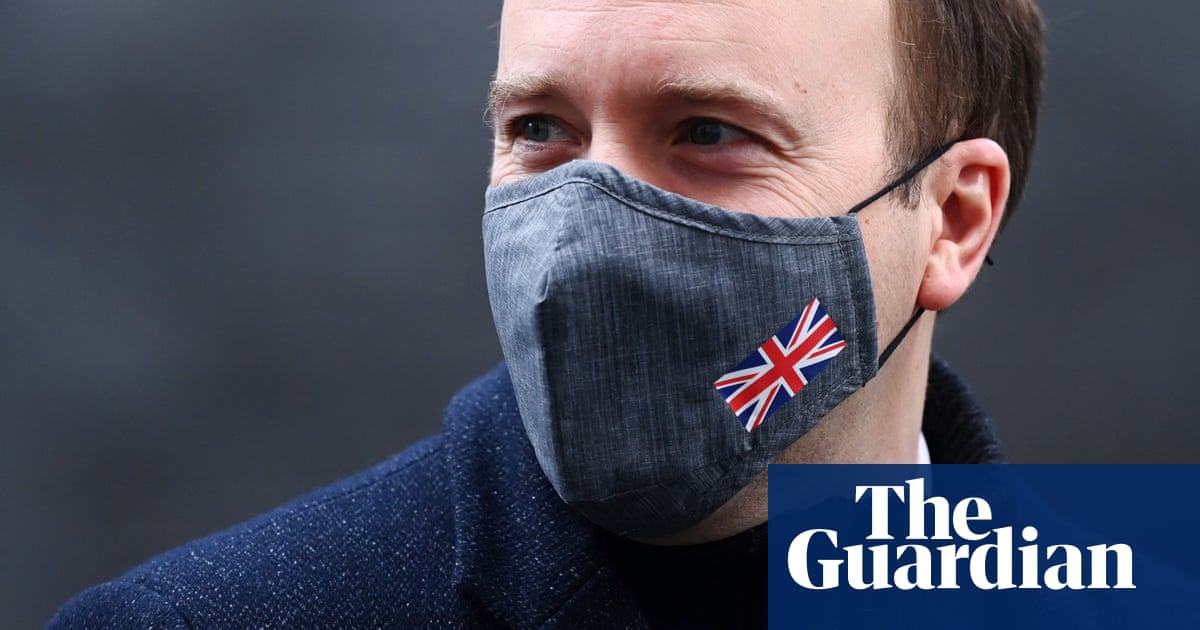 The UK health secretary has said every “flex can be fatal” when it comes to compliance with lockdown rules, while refusing to rule out the lockdown restrictions in England being made even tougher.

In interviews, Matt Hancock also said he broadly backed the police decision to fine two women who drove five miles for a walk.

Speaking on the BBC’s The Andrew Marr Show, Hancock was asked whether the current rules may need to be tightened. “I don’t want to speculate because the most important message is not whether the government will further strengthen the rules,” he replied. “The most important thing is that people stay at home and follow the rules that we have got.”

And in a separate interview on Sky’s Sophy Ridge on Sunday, Hancock said the police were doing a “brilliant job in very difficult circumstances” and that they were right to take the lockdown regulations “very seriously”.

His comments were later echoed by the Labour leader, Keir Starmer, who said the lockdown restrictions for England “may not be tough enough” and that nurseries “probably should be closed”, although he said he would like to hear the scientific advice on this.

Derbyshire police were widely criticised when it emerged they had fined two women £200 each for driving five miles for a walk at a reservoir. The women were also told the hot drinks they had taken could be classed as a picnic.

The force has subsequently said it is reviewing the fines. But when Hancock was asked if the original police action was right, he replied: “Absolutely I’m going to back the police.

“You might look at the rules and think, ‘Well it doesn’t matter too much if I just do this or do that’. But these rules are not there as boundaries to be pushed, they’re the limit of what people should be doing.”

When asked if that meant it was illegal to drive somewhere to go for a walk, Hancock said he did not know the exact details of this case. But he said he thought the police were enforcing the rules sensitively.

Hancock told the programme the pressure on the NHS was “very, very bad”. It comes after almost 60,000 new cases of coronavirus were reported in the UK on Saturday and the number of deaths after a positive test passed 80,000.

But he said more than 200,000 people were being vaccinated every day, and about a third of people over the age of 80 had now been vaccinated. He described that as “significant progress” towards meeting the government’s target of ensuring everyone in the top four priority groups – care home residents and staff, NHS and care staff, the over-70s and the clinically extremely vulnerable – have been offered a jab by 15 February. About 2 million people in total had now been vaccinated, Hancock said.

He said seven mass vaccination centres, at locations such as Epsom Downs racecourse, would open this week, with more to come.

With headteachers saying the number of parents sending children into school in England on grounds they are key workers is much higher now than in the first lockdown, Hancock confirmed that key workers should only send their children into class if absolutely necessary.

“Schools are there for key workers’ children where key workers need to have the children in school in order to be able to get to work,” said Hancock, confirming the message in revised guidance issued by the Department for Education on Friday.

“So for instance if you’re a key worker, and your partner doesn’t work, then you shouldn’t be sending your children to school.”

Hancock said the government expected to be able to ease restrictions in the spring, but he refused to elaborate or spell out exactly when he considered spring to be over.

But he also stressed that even though the government wanted the most vulnerable people to have had their first vaccination by mid-February, vaccines took two or three weeks to become effective, and the government would then need to see what impact this was having on cases and transmission.

Speaking on The Andrew Marr Show, Starmer said that once everyone in the top four priority groups had been vaccinated there would be a case for reviewing the other five priority groups in the list drawn up by the Joint Committee on Vaccination and Immunisation, to decide whether groups such as teachers should be included.

Currently teachers are not included as a group, and would only be vaccinated in the first stage of the process if they qualify under one of the nine exisiting categories in the JCVI list, which covers everyone over the age of 50, as well as health and social care workers and people with underlying health conditions.

Hancock said he did not accept the claim from Prof Chris Whitty, the government’s chief medical adviser, that some restrictions may be needed next winter.

Asked if Whitty was right, Hancock replied: “I really hope not. I hope that we will be able to handle this in the future through a vaccination programme, in the same way that we do flu each year.”

Hancock refused to say whether he had recently spoken to the former Labour prime minister Tony Blair, whose thinktank has published many Covid policy proposals and who advocated delaying the second dose of vaccine so that larger numbers could get a first dose quickly – a policy subsequently adopted by the government. Asked if they had spoken, Hancock just said he spoke to all sorts of people all the time.