Express
NEIL ROBERTSON stunned Chelsea legend John Terry when he told him how much some snooker players were earning.
Mark Selby and Neil Robertson take on the Crazy Snooker challenge

Neil Robertson will meet Barry Hawkins in today's Masters final. Robertson recovered from being 4-1 down to beat Mark Williams 6-5 in a dramatic semi-final on Saturday. The Australian got two snookers in the finale to secure his spot in the final.

Robertson is favourite to win the tournament with Betfair, and Ronnie O’Sullivan tipped him to go on to victory after the Australian knocked him out of the competition on Thursday.

Gracious in defeat, he said: “Neil was the better player today. Hopefully he goes on and wins it. I like Neil, he’s a good guy.” 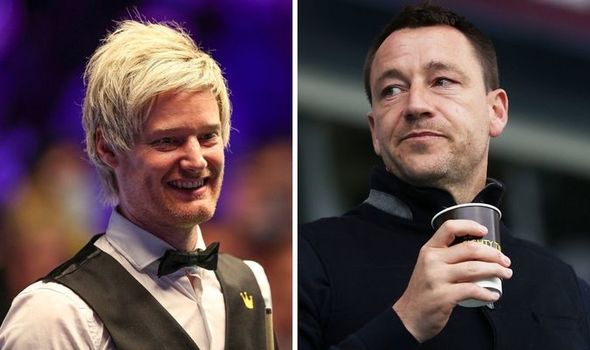 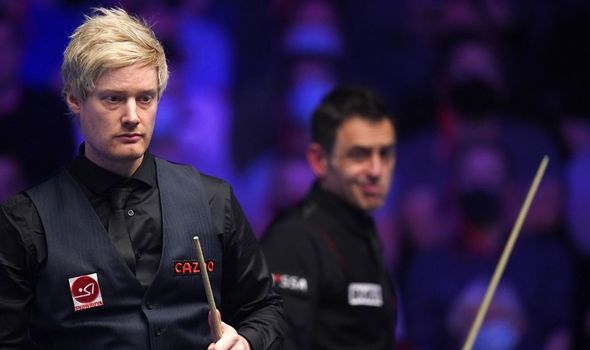 Neil Robertson dumped Ronnie O'Sullivan out of the Masters on Thursday. (Image: PA)

In the UK Championship, the winner pockets £200,000. This figure rises to £500,000 in the prestigious World Championships at the Crucible.

Robertson offered an insight into the finances of most snooker players ahead of a match at the Masters in 2017.

Then Chelsea FC defender John Terry was in attendance at the Alexandra Palace, and the pair had met before when Robertson was invited to take his UK Championship trophy into the Blues’ dressing room before a Champions League match.

Terry, 41, enjoyed an extremely successful career and reaped the financial rewards of his success. According to Forbes, he has a net worth of £51million. 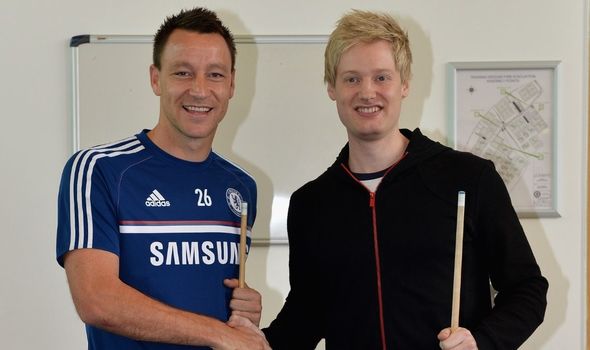 Robertson, meanwhile, has pocketed just shy of £4million in his entire career — more than enough to give him a very comfortable lifestyle.

However, he recommended the sport is not a wise career choice for those outside the top 20.

So far in the 2021/22 season, current world number 20 Tom Ford has pocketed £42,000 according to CueTracker — less than Terry was earning in a week at Chelsea. 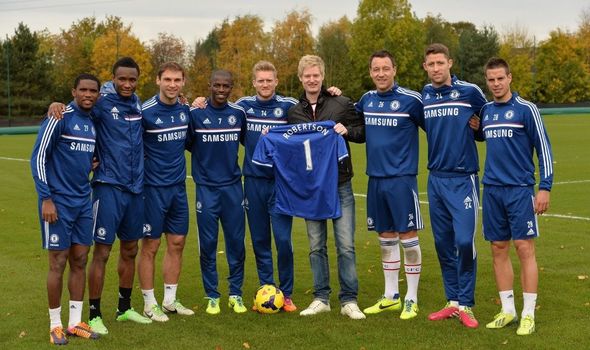 Robertson told Eurosport at the time: “Shaun Murphy (the 2005 world champion) put a blog up on his website the other week saying the tour was unsustainable with 128 players.

“Due to the travelling expenses and entry fees, I know how much it costs for a player coming through.

“Personally, I think the fees should be scrapped. Worst case, if you win your opening match, you pay the entry fee, but not if you lose it.” 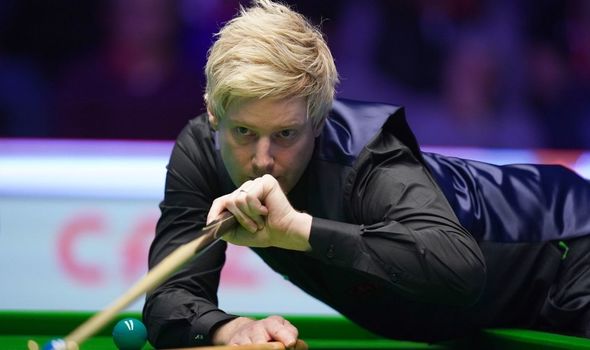 He continued: “I was telling John Terry what some snooker players are earning, and he couldn’t believe it. He just said: 'Wow'.

“You only see what people around 30 or 40 in the world are earning to see the problems.

“If you are a single guy, you can scrape by. But if you have got a family, snooker is not really a viable career choice.”

He pointed out that a player earning around £60,000-a-year in snooker — the world number 20 at the time had pocketed £56,000 — would actually earn around £45,000 once travel expenses, hotel costs and entry fees are subtracted.

It is not clear if these costs have changed with the ongoing pandemic. Regardless, Robertson pointed out that those outside the top 20 do not really have any other paths to follow if they don’t make it.

“There is nothing to fall back on.”

Neil Robertson vs Barry Hawkins is live on BBC Two. Coverage of the afternoon session begins at 1:15pm.