Express
LUIS SUAREZ could reportedly be in line for a sensational move to Aston Villa. 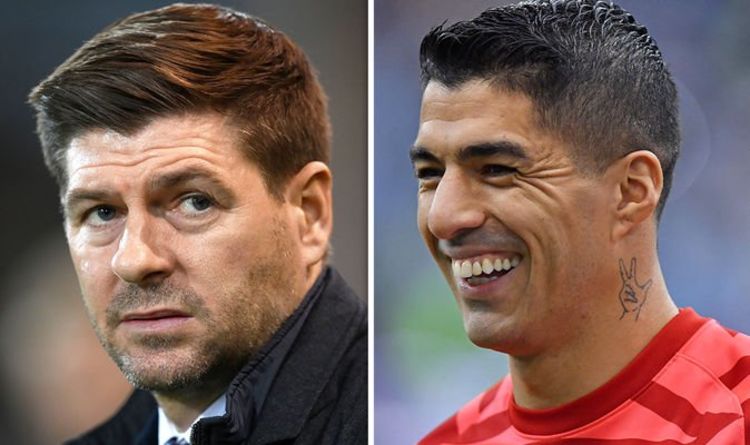 Luis Suarez is reportedly 'focused' on a reunion with Steven Gerrard at Aston Villa after rejecting multiple offers from elsewhere. Suarez played alongside Gerrard for his three-and-a-half years at Liverpool. And the Uruguay international is said to be attracted to work under the former England captain at Villa Park.

Gerrard has already brought one of his former Liverpool team-mates to Villa.

Philippe Coutinho joined from Barcelona on loan for the remainder of the season.

Coutinho made an immediate impact, scoring off the bench on his debut to seal a 2-2 draw at home to Manchester United on Saturday.

But the Brazilian could soon be joined by his ex-Liverpool and Barca team-mate Suarez.

JUST IN: What Rangnick told Man Utd chiefs in meeting about Maguire, Shaw and Wan-Bissaka

And it appears that could again secure a marquee signing for Villa.

However, it's likely that any deal will have to wait until the summer with Suarez's Atletico Madrid contract set to come to an end.

Gerrard has often made his feelings clear on Suarez and stated in 2015 he was the best player he ever played with.

"I don't think anyone ever looks forward to playing against Luis Suarez, he is a fantastic talent and a very dangerous player," Gerrard said.

"He is a fantastic team-mate, probably the best player I have played with.

Suarez told UEFA.com: “I had some further discussions with the coach, as well as with Gerrard. He was the one that convinced me.

"I told him I wanted to keep being successful, that I wanted to play in the Champions League.

"So, he said to me, ‘If this year we keep improving as we have been, and you’re at the level you have to be, next year you’ll be able to play for Bayern München, Real Madrid, Barcelona, or whatever club you like. You’ll have the chance to choose, but stay for one more year.’”