San Francisco Chronicle
Share on FacebookShare Share on TwitterTweet
Charles B. Johnson, the San Francisco Giants’ principal owner, and his wife each donated the maximum allowed amount ahead of the 2020 general election to Rep. Lauren Boebert, R-Colo., who has voiced support for QAnon and drawn criticism for her tweet ab 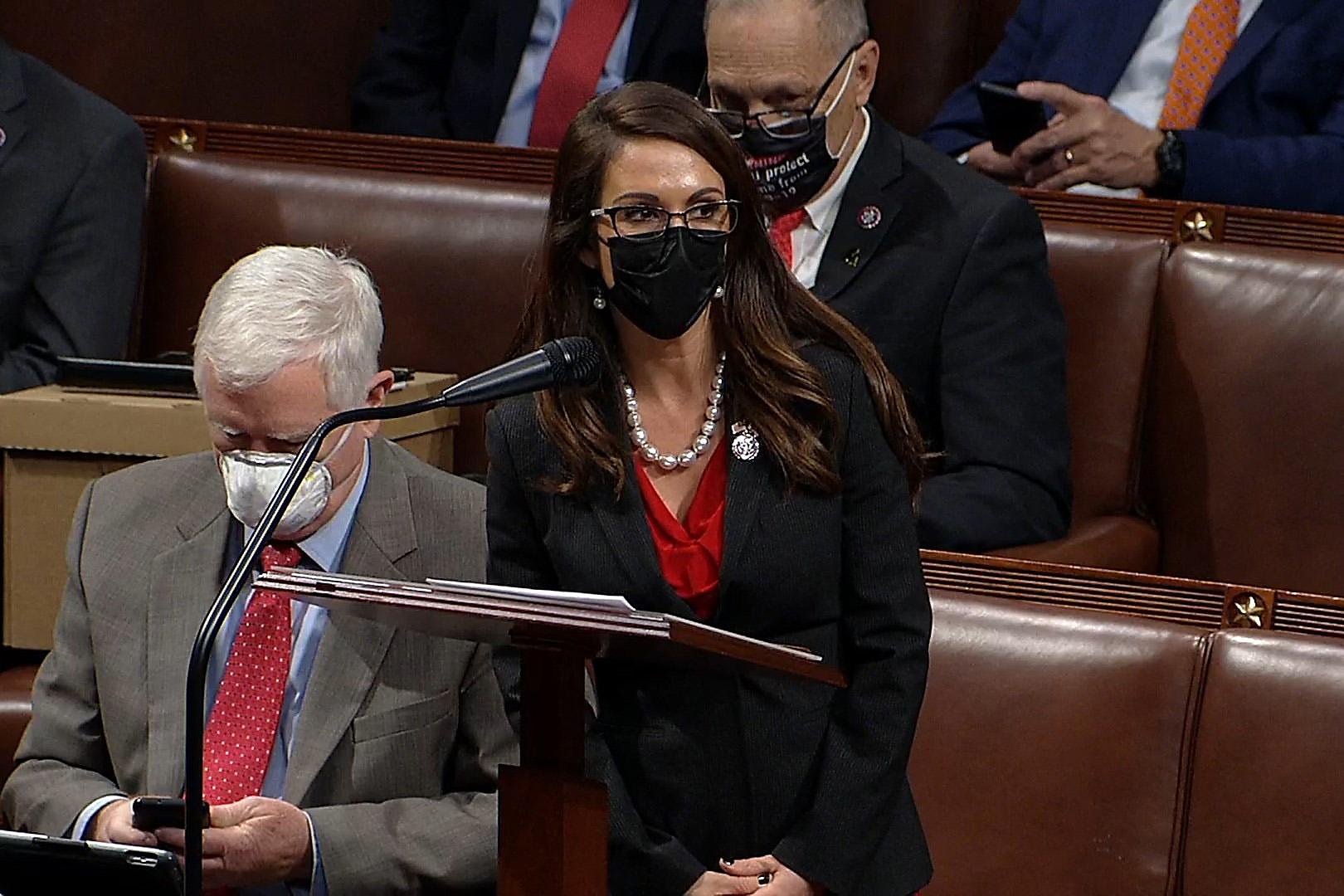 Charles B. Johnson, the Giants’ largest shareholder, and his wife each donated the maximum amount before the 2020 general election to Rep. Lauren Boebert, R-Colo., who has voiced support for QAnon and faced criticism for her actions during last week’s attack on the U.S. Capitol.

Johnson, a longtime contributor to Republican causes, and his wife, Ann, each donated $2,800 to the campaign of Boebert, according to Federal Election Commission filings.

The first-term lawmaker has drawn rebuke for tweeting about the location of House Speaker Nancy Pelosi during the Jan. 6 siege of the Capitol building. She has also said she hopes QAnon — a baseless set of conspiracy theories that Satan-worshiping pedophiles and cannibals control the government, working against President Trump — “is real.”

According to Axios, Boebert said she does not follow QAnon but is glad that “deep state activities” are being investigated.

The Giants did not immediately respond to a request for comment Wednesday afternoon.

Boebert tweeted while rioters were breaching the Capitol that members of Congress were locked in the House chamber and that: “The Speaker has been removed from the chambers.” Critics said the tweet potentially put Pelosi in danger. Boebert, who has since faced calls for resignation, also tweeted earlier on Jan. 6, before the riot that left five people, including a Capitol Police officer, dead: “Today is 1776.”

In a statement this week, Boebert said: “They accuse me of live-tweeting the Speaker’s presence after she had been safely removed from the Capitol, as if I was revealing some big secret, when in fact this removal was also being broadcast on TV.” Boebert also accused Democrats of “false accusations” against Republicans of inciting violence.

Boebert is among lawmakers who reportedly flouted new security measures introduced at the Capitol building after the riot, including requiring Congress members to pass through metal detectors at the building. She has previously spoken openly about carrying her firearm onto the Capitol grounds.

Johnson’s political contributions have previously attracted attention. Before the 2018 midterm elections, Johnson donated to then-U.S. Senate candidate Cindy Hyde-Smith, R-Miss., who came under fire during a successful campaign for saying she would be in “the front row” if invited to a public hanging. Johnson also donated $1,000 to a committee that created a racist radio ad in Arkansas.

When news of Johnson’s contributions surfaced in 2018, it led some fans and civil rights advocates to call for a boycott of the Giants. Johnson later told The Chronicle he requested and received both donations back. Johnson told The Chronicle that Hyde-Smith’s comments were “stupid” and “offensive” and the racist radio ad was “unacceptable.”

“On the whole,” Johnson told The Chronicle in 2018, “I don’t like the idea of politics affecting anything that I do with the Giants.”

Last October, an analysis by ESPN and FiveThirtyEight showed Johnson, 88, had donated nearly $11 million to Republican candidates and political action committees in federal elections since 2015 — a figure accounting for 32% of all donations by 160 professional sports owners and commissioners to Republican causes in that time. Johnson’s total of $10,995,500 given to Republicans was nearly five times higher than that of the No. 2 donor; he also donated $35,000 to bipartisan causes and $5,200 to Democrats, per the analysis.