Evening Standard
Share on FacebookShare Share on TwitterTweet
Barcelona and Atletico Madrid handed Real Madrid a LaLiga title race advantage after seeing out a stalemate at Camp Nou on Saturday. 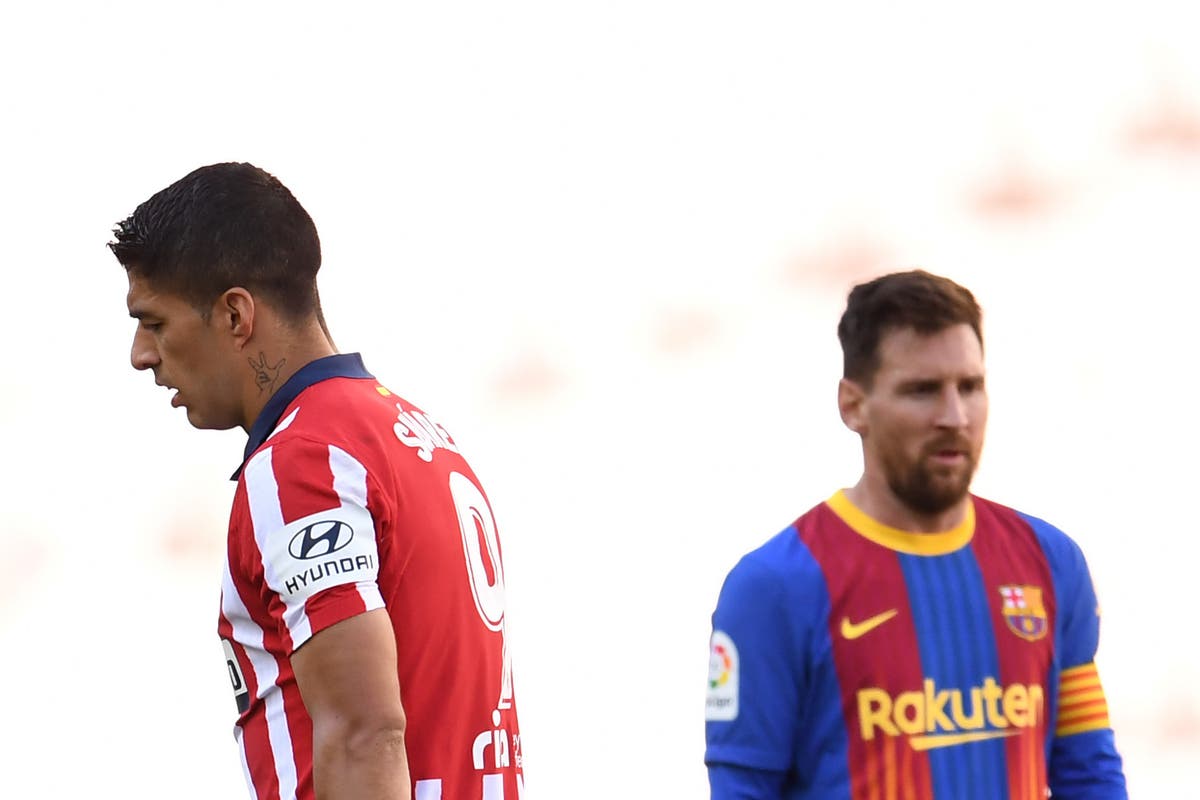 Should Los Blancos beat beat fourth-placed Sevilla on Sunday, they will move top of the table - level on 77 points with Atletico - but into first place given their superior head-to-head record with just three games to play.

Barca moved up to second place on Saturday with 75 points, and defender Gerard Pique insists the Blaugrana are still in with a chance of the title.

“We’re still in the mix. La Liga’s still wide open, three games is a lot even if we know it’s not in our hands anymore,” Pique said.

“Anything can happen. I’d like to know if any other side in La Liga has won four in a row, it’s only something we’ve done.

“If we win our remaining three matches, I think we’ll win the league. We’re going to fight until the end, even if we haven’t done what we needed.”

The visitors enjoyed much the better of the first half, with Barca keeper Marc-Andre ter Stegen making a number of stops to keep his side level.

Atleti forward Angel Correa was also denied by a last-gasp block from Clement Lenglet when he appeared set to score, while defender Felipe missed arguably the most gilt-edged opportunity of the game just before the break, firing over from close range after a well-worked corner.

Barca’s best chance came through a piece of brilliance from forward Lionel Messi, who slalomed his way past five opponents, only to see Jan Oblak produce a fingertip save.

The Catalans improved after the break, with substitute Ronald Araujo’s effort ruled out for offside before fellow replacement Ousmane Dembele’s close-range header sailed over the bar.

However, ultimately neither side was able to find a way through and they handed the initiative back to Real in what has been a topsy-turvy season.