Vulture
Share on FacebookShare Share on TwitterTweet
“What I can say is that I despise abuse and harassment, and I would never cover or conceal the actions of someone doing it.” 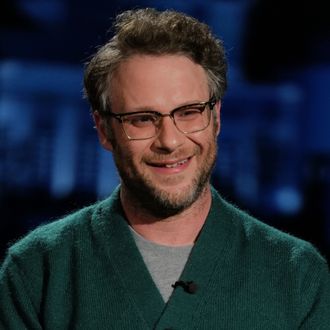 When asked in a new Sunday Times interview about working with friend and former frequent collaborator James Franco in the years since numerous sexual misconduct allegations were leveled against the actor, Rogen says, “the truth is that I have not, and I do not plan to right now.” When asked if he believed the accusations against his Pineapple Express costar, Rogen replied, “What I can say is that I despise abuse and harassment, and I would never cover or conceal the actions of someone doing it, or knowingly put someone in a situation where they were around someone like that.”

In January 2018, five women publicly accused Franco of sexual misconduct, including sexual coercion and exploitation, which the actor denied through his lawyers. Two women, Sarah Tither-Kaplan and Toni Gaal, filed a lawsuit in 2019 alleging Franco attempted to use his now-defunct acting school Studio 4 as “a pipeline of young women who were subjected to his personal and professional sexual exploitation in the name of education.” The actor settled the suit with Gaal and Tither-Kaplan in February of this year.

Last month, actress Charlyne Yi revealed on Instagram that she had attempted to quit Franco’s The Disaster Artist after learning about the accusations against him, alleging the production then “tried to bribe me with a bigger acting role” and calling out Rogen as one of the “enablers” propping the actor up. “Seth Rogen was one of the producers on this film so he definitely knows about the bribe and why I quit,” she wrote. “Seth also did a sketch on SNL with Franco enabling Franco preying on children. Right after Franco was caught.”

In his interview, Rogen expressed regret over that SNL joke, which made light of an incident in which Franco propositioned a 17-year-old on Instagram, as well as for a statement he made four years later asserting that he would continue to work with his friend. “I do look back at a joke I made on Saturday Night Live in 2014 and I very much regret making that joke,” Rogen says now. “It was a terrible joke, honestly. And I also look back to that interview in 2018 where I comment that I would keep working with James, and the truth is that I have not and I do not plan to right now.” When asked if “the end of their professional relationship” is a coincidence, Rogen replies, “No. It is not a coincidence.”

As for whether he still maintains a personal friendship with his This Is the End costar, however, Rogen begs off. “I don’t know if I can define that right now during this interview,” he says. “I can say it, um, you know, it has changed many things in our relationship and our dynamic.” When asked if that change was “painful,” Rogen replies, “Yeah. But not as painful and difficult as it is for a lot of other people involved. I have no pity for myself in this situation.”