The Sun
Share on FacebookShare Share on TwitterTweet
TIGHTER Covid restrictions are reportedly being considered by ministers because the public aren’t adhering to lockdown rules as strictly as they should be. A ban on exercising with one person…

TIGHTER Covid restrictions are reportedly being considered by ministers because the public aren't adhering to lockdown rules as strictly as they should be.

A ban on exercising with one person outside of your household and wearing face coverings in offices are among the rules which could be reviewed as infections continue to spiral.

The Government fear that people have become too lax and restrictions may need to move more closely in line with the first lockdown in March.

A source told the Telegraph that the rule allowing two people to mix during exercise is "being used as an excuse for people to go for a coffee in the park with their friend," adding: “It may be we tighten up on things like that.”

Meanwhile, there are reports even support bubbles could be stopped amid surging cases - while people could be told they can only leave their homes once a week.

Boris Johnson held a meeting with Cabinet yesterday - discussing whether the current lockdown rules are working at a suitable rate.

It came after parks and beachfronts across the country were overflowing at the weekend as people took advantage of their daily outdoor exercise allowance.

Hyde Park in London was heaving with families on their daily walks, while Covid marshals patrolled along Brighton's seafront.

People wrapped up in hats and scarves, braving the winter weather to have their Sunday stroll on the first weekend of the new lockdown.

Expanding the rules on facemasks is also being discussed - meaning that it may be compulsory wear them in some outdoor settings such as supermarket queues and inside workplaces.

A Downing Street source insisted the focus was on enforcing the current regime.

But they also want to “make sure people aren’t using their own creativeness to interpret the rules how they want to”.

Scientists have already warned that the current measures do not go far enough to stop cases exploding and are instead calling for a "total clampdown".

They believe nurseries should be closed as well as places of worship with it made compulsory to wear face masks in public.

Independent Sage member Anthony Costello, a professor of global health at UCL and a former WHO director, said: "We are in a national crisis with a pandemic out of control.

"We should have no nurseries open, no synagogues, no churches, no mosques. We should have compulsory masks, two-metre distancing.

"We have to take this really seriously - that's what Asian states did.

"The longer we allow it to go on transmitting, the quicker we are going to get a resistant virus to a vaccine, then we are in real doo-doo."

London mayor Sadiq Khan has also led calls for face coverings to be worn outside the home as he declared a major incident in the capital.

The Labour leader told the BBC: "I think there is a case for looking at nursery schools, we're talking to the scientists about that.

"I think people are surprised that primary schools were closed but nurseries aren't."

This comes after cops warned that they would be handing out more fines during the new lockdown - to make sure Brits comply with the rules.

Under the measures, rule breakers will be hit with a £200 fine for a first offence which will then double to £400 for a second.

The penalties could continue to double to as much as £6,400 if Brits continue to ignore life-saving restrictions.

Meanwhile, the Health Secretary said yesterday that Brits are "highly likely" to need a Covid vaccination every year for the foreseeable future.

Matt Hancock said the UK could require a dual vaccination programme with yearly jabs to protect against both flu and coronavirus.

And he also revealed that every adult is on course to get the Covid vaccine by autumn with 200,000 Brits already getting jabbed each day.

This would be part of the UK's "exit strategy" out of the pandemic and revealed 350million doses of the vaccine are on order.

But he yesterday refused to speculate on whether the lockdown rules could be strengthened amid claims from scientists they are "too lax" in stopping the spread.

Asked about the prospect of tighter restrictions, he said: "I don't want to speculate because the most important message is not whether the Government will further strengthen the rules.

"The most important thing is that people stay at home and follow the rules that we have got.

"And that, in terms of the scale of the impact on the cases, that is the most important thing we can do collectively as a society." 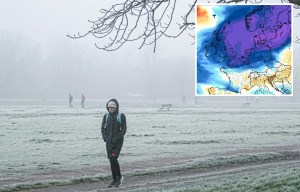 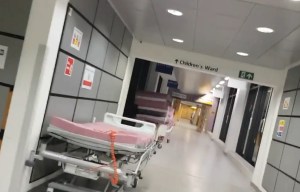 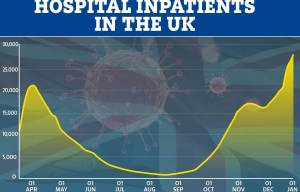 WORST TO COMENHS facing ‘worst weeks’, warns Whitty as he urges Brits to ‘stay at home’ 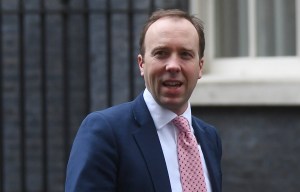 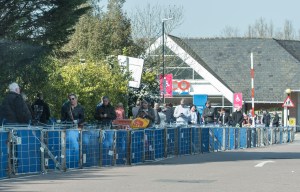 Deaths have continued to rise with the latest toll pushing the total number to 81,431.

Today's figure is the third-highest Sunday rise in deaths and there is a usually a lag in reporting at the weekend.