The Scottish Sun
Share on FacebookShare Share on TwitterTweet
TOWIE star James Argent is to undergo lifesaving stomach surgery after doctors warned him: “Lose weight or die.” Arg, 33, ballooned to 26 stone when he stopped exercising in lockdown — and replaced…

Arg, 33, ballooned to 26 stone when he stopped exercising in lockdown — and replaced drink and drugs with fast food.

He told The Sun last night: “I don’t want to die. An op is the only way I can lose weight.

“I see pictures of myself and it’s too upsetting. The other day I had to ask my manager to put my shoes on for me because I just couldn’t do it — my belly is too big. I can’t do up my own shoe laces.”

He added: “I don’t want to die, it’s as simple as that. I’ve been told by doctors that I am morbidly obese and need to lose weight, but I have an eating disorder, so I can’t do it.

“I’ll either starve and work out three times a day and be really skinny, or do no exercise and eat takeaways every day.

"I can’t maintain my weight — I need help.

“Nobody is trying to stop me from having an op. Everyone knows it’s the only way I can lose weight.”

Arg, 33, is now agonising over which gastric surgery to have.

He is torn between a bypass, which staples part of the stomach together to make it smaller, or a sleeve gastrectomy where a large section of the stomach is removed.

Both operations, which cost around £10,000 each, will reduce the amount of food he can eat.

He said: “I am having my consultation in a couple of weeks to decide what I’ll do — it’s really scary but it’s for the best and I have to do it to maintain my weight for good.”

Arg’s weight has yo-yoed over the years amid battles with drink and drugs.

Five years ago he was clean and sober and in his best shape ever, boasting a rippling six pack after losing four stone in preparation to marry his now ex, Lydia Bright, 30.

I am depressed about it. I don’t want anyone to see me. If I need to do anything, I wait until it’s 4.30pm and it’s dark outside.

It is in stark contrast to today, as he lies alone in bed at home, contemplating a serious operation.

Arg admits he is now so depressed he comfort eats junk food and will no longer leave his house in the daylight, instead waiting until it gets dark so he is not recognised.

He said: “I am depressed about it. I don’t want anyone to see me. If I need to do anything, I wait until it’s 4.30pm and it’s dark outside.”

Arg said his shocking weight gain left best friend Mark Wright and footballer brother Josh, who run a fitness company together, in tears when they stepped in to help their childhood pal.

He said: “Mark is my inspiration — he’s got his life together, he’s fit and healthy, he’s got a gorgeous wife and a successful career.

"There’s no reason why I can’t achieve all of those things too when I’ve lost weight.

“He wants to help me and told me ‘get on the scales’. It’s embarrassing to say, but they were so upset when they saw I was nearly 27 stone.

“We used to banter because I was always the chubby one, but this time Mark just said ‘Arg, this isn’t even funny anymore, this is serious.’

“And he’s right. Nobody wants to work with me or take me seriously. I don’t have a girlfriend because I’m too self-conscious and unconfident to take my clothes off.

“I bought this big family home a few years ago to settle down in, but now I’m living here alone with no family in it.”

Arg blames his recent weight gain on the Covid crisis, which shut swimming pools and his boxing gym, destroying his exercise routine.

He explained: “I’d made some progress last year with my weight loss as I was enjoying boxing and going swimming — but all of a sudden I could no longer do that.

“I don’t have a routine anymore without the gym and I spend a lot of time alone.

“I’m bored and have more time on my hands as all my gigs are cancelled. I have no wife, girlfriend or children to talk to and it gets lonely, so I do turn to food. I turn to food when I’m happy, too.

“I’ve had to delete the food delivery apps off my phone, otherwise it’s too easy to order whatever I fancy — usually fizzy drinks, chewy sweets, ice cream, chocolate, pizza.”

Arg has already overcome drink and drug battles and twice been to a Thai rehab centre for addiction.

Last year, he admitted to The Sun he was a cocaine addict after taking the drug for seven years and suffering two near-fatal overdoses, with ex Gemma Collins calling an ambulance over fears he would die.

Arg was rushed to hospital with his mum and put on a drip. He later explained how he hid his drug binges at his £1.3million Essex home.

He said: “It wasn’t glamorous or rock and roll at all. I wasn’t taking drugs surrounded by hot girls at wild parties. My drug use was always by myself, isolated.

“I locked myself in my house and took drugs for three days straight on my own in the pitch black. I was at rock bottom.

“My heart was beating out of my chest, my nose was bleeding, I was shaking and my breathing was terrible.

“My family were banging on the door screaming, ‘Open up’ — but I wasn’t answering the door to anyone. They feared I had overdosed and was dead.”

Arg’s drug problem eventually ended his relationships with Lydia Bright and Gemma Collins — and hampered his TV career, with Towie and other shows unable to cast him over fears for his wellbeing.

But he is now celebrating one year and one month off drink and drugs.

The star is hopeful for the future and is in talks with several production companies to film his surgery.

My family were banging on the door screaming, ‘Open up’ — but I wasn’t answering the door to anyone. They feared I had overdosed and was dead.

But despite overcoming his demons, Arg admits he replaced one addiction with another — food.

He said: “When I was in rehab in Thailand for my drug addiction, they put me in the eating disorder unit.

“I have a huge problem with my relationship with food and what’s concerning is I have substituted the drugs and alcohol for food.

“When I came back from Thailand I had it under control. I was working out and things were going well, but Covid hit me like a ton of bricks.”

Arg has come to terms with the fact he will never be able to eat much after his op — and cannot drink alcohol again.

He said: “I always thought I’d be able to have a few drinks again, but I learnt the hard way. When I was in treatment they said even though your problems are with drugs you can’t drink again. 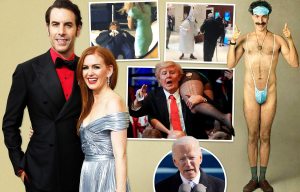 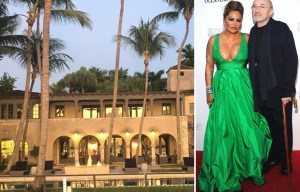 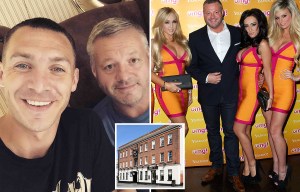 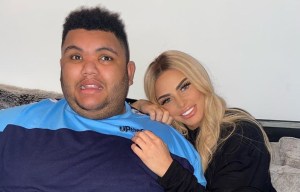 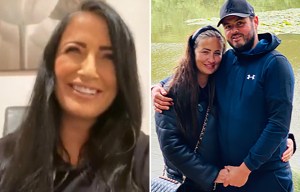 “I can’t get merry one night without it leading me back to drugs.”

Explaining how he managed to finally overcome the drink and drugs after several failed attempts, Arg said: “It had come to a point where my life was on the line and I knew I could possibly die.

“I’m lucky I’ve got the right support around me. Some people get clean straight away, others take years of relapsing and recovery and others don’t make it and die. This is my time. I don’t want to die.”

ON balance the gastric sleeve looks better than the bypass.

It's a faster and easier operation, a shorter hospital stay with potentially fewer complications — though both are acceptable options.

Each individual patient needs to discuss this with their surgeon.One has to be careful to undertake surgery.

But, if recommended due to extreme obesity or related conditions, the benefits of weight loss will substantially outweigh any harms.

All such operations generally work very well in nearly all cases so it’s more about being safe and achieving low complications rates.