The Most Controversial Love Island Moments Over The Years

Love Island and controversy go together like bread and butter.

Every year, regardless of how much ITV try to blur the line between entertaining drama and genuine discomfort while watching, the UK TV watchdog Ofcom will always receive complaints surrounding the nature of some of the contestants' behaviours -- something that just comes with the territory of reality television.

With this in mind, and with this year's season of the dating show phenomena being no exception (more on that later,) we've decided to take a look at Love Island's most controversial bits over the years. 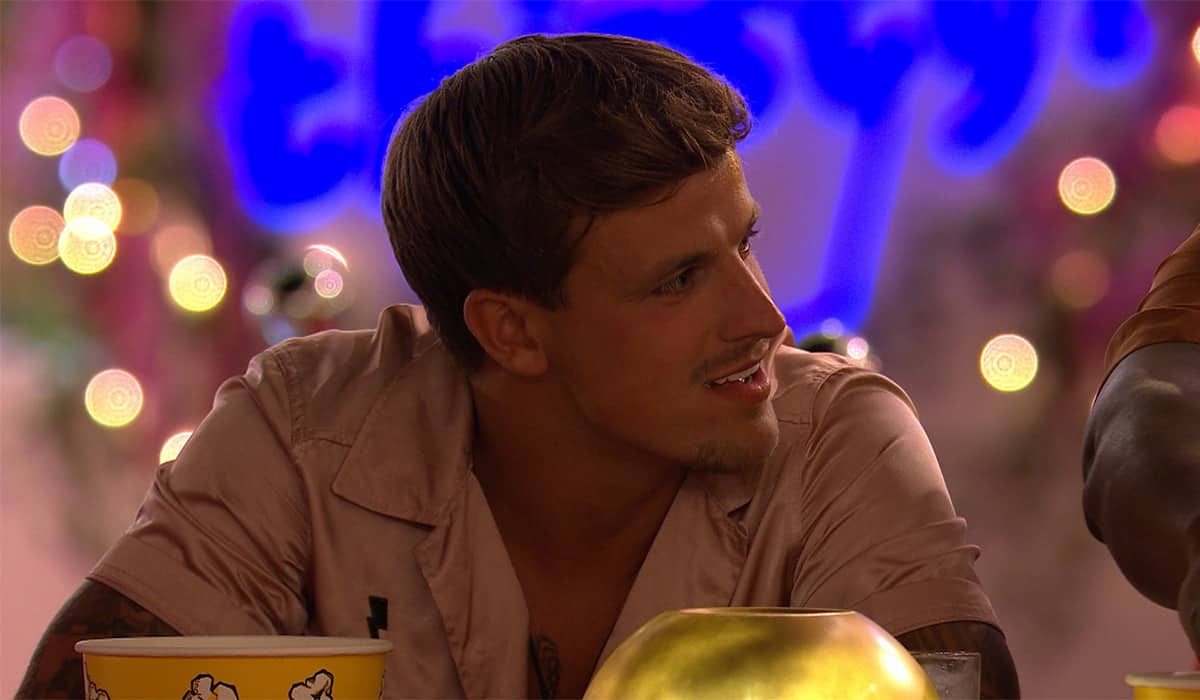 Might as well start with the most recent controversy.

While fishmonger Luca Bish was seemingly in a happy relationship with dressage rider Gemma Owen, the controversial Mad Movies -- which showed what the islanders really got up to behind their partners' backs -- really got under his skin.

Despite him egging on the other lads in the villa to 'get to know' the other girls, when Luca was shown a clip of Gemma 'flirting' with new boy Billy Brown, he was immediately set off. Despite Gemma insisting that she didn't entertain Billy's advances, Luca said she made him look like a 'f***ing w***er,' adding 'I ain't going near that f***ing bird.' 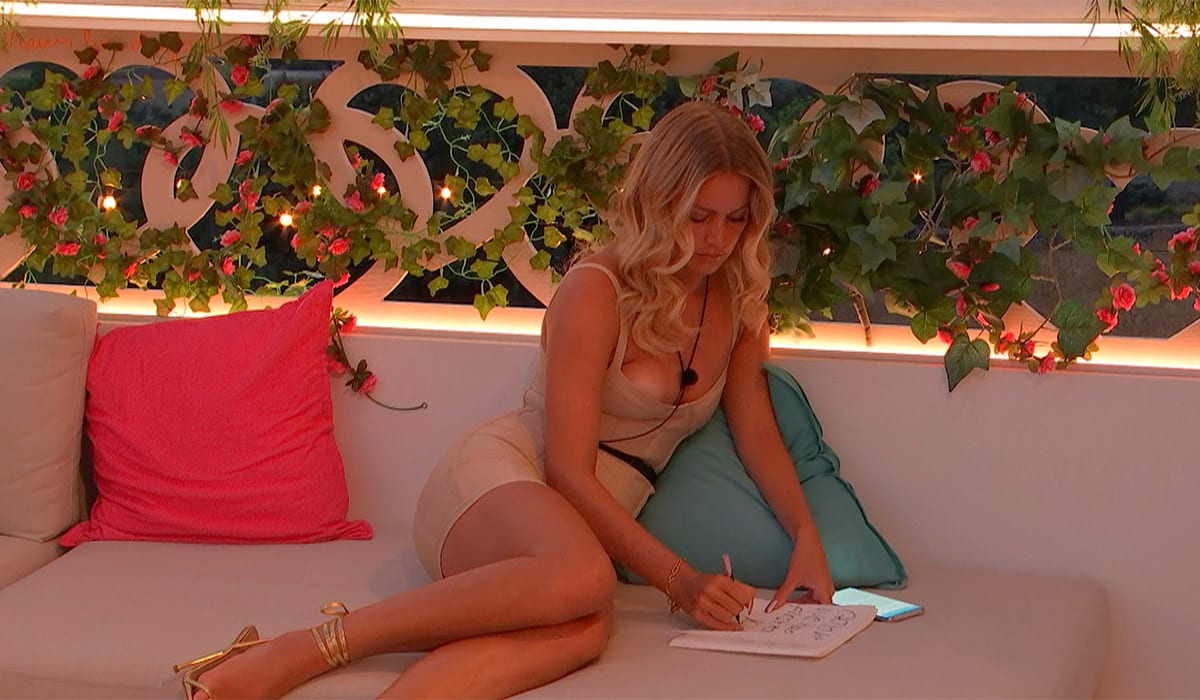 Some of the comments directed toward Tasha Ghouri has caused significant controversy over the past week, with some viewers accusing Luca and Irish microbiologist Dami Hope of bullying her. Pic: ITV

Luca didn't stop there either -- after making several comments about Andrew Le Page and Tasha Ghouri alongside Irish microbiologist Dami Hope, many viewers felt that they were bullying the couple, particularly Tasha, who took three pies to the face during the 'Snog, Marry, Pie' challenge on the following Tuesday.

Luca's antics saw huge backlash on social media, with Twitter calling for both he and Dami to be dumped from the island. Despite both of them apologising to Tasha, the episodes saw over 3,500 complaints to Ofcom. 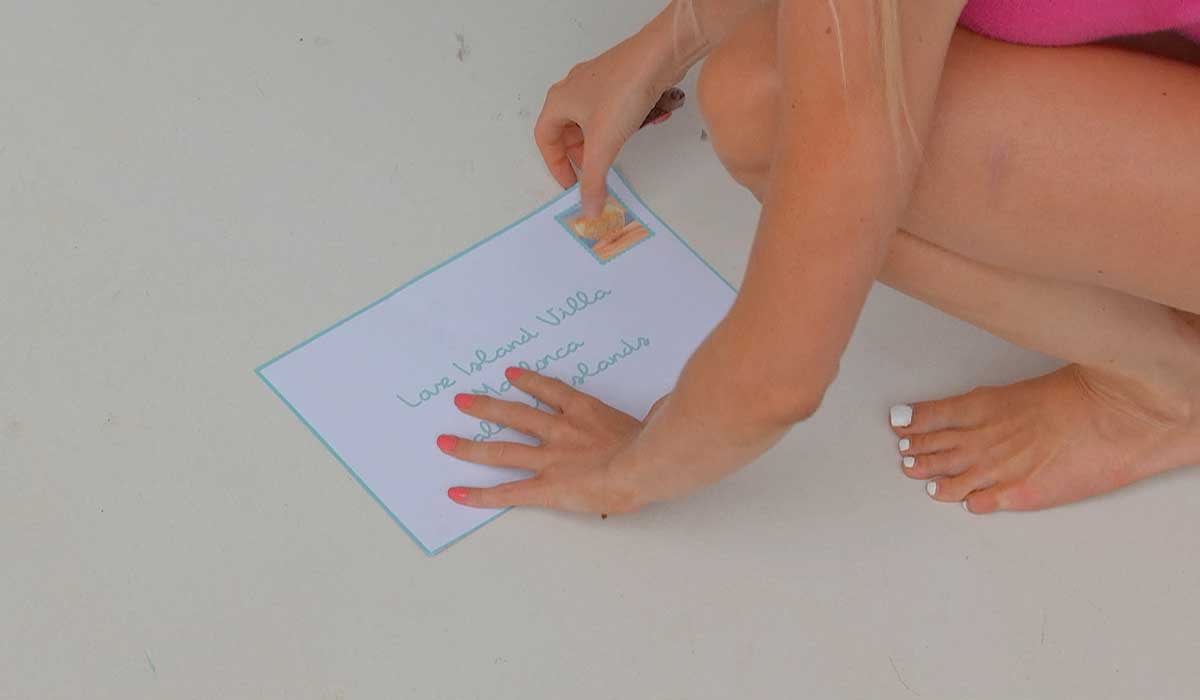 During the 2021 season, the girls were given a postcard while the boys were in Casa Amor -- with one photo shoeing Teddy kissing another girl as part of a challenge, while Liam was shown as remaining faithful to Millie -- despite what the viewers knew at the time. Pic: ITV

We all love a bit of Casa Amor, don't we?

Usually, the highlight of the entire season, most fans of Love Island usually agree that the days of Casa Amor -- where the guys or girls go to a new villa to try and have their heads turned by a new group of guys and girls -- is usually where the series really picks up.

Last year, the producers decided to drop off a little present to the girls back in the main villa while their male partners were in Casa Amor -- sending the girls a postcard which showed Faye Winter's partner Teddy kissing Casa Amor's Clarisse Juliette (as part of a challenge), and eventual winner Millie Court's boyfriend Liam Reardon on his best behaviour -- despite the fact that he went offside during his time there. 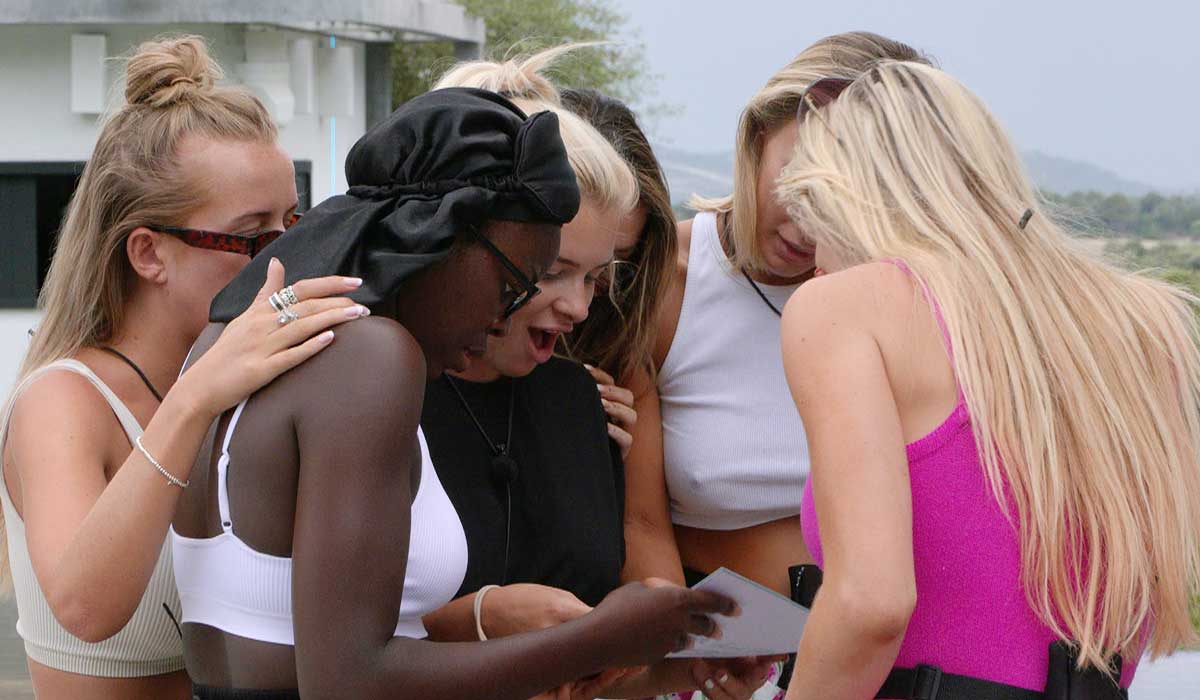 The producers came under fire for what viewers believed was their manipulation of the truth, and while Liam did return to Millie a single man, Casa Amor bombshell Lillie Haynes made a quick appearance in the main villa to tell Millie that Liam was, in fact, reciprocating her advances.

Millie and Liam did end up making up and going on to win the entire show before breaking up last month. As for Teddy and Faye? Well... 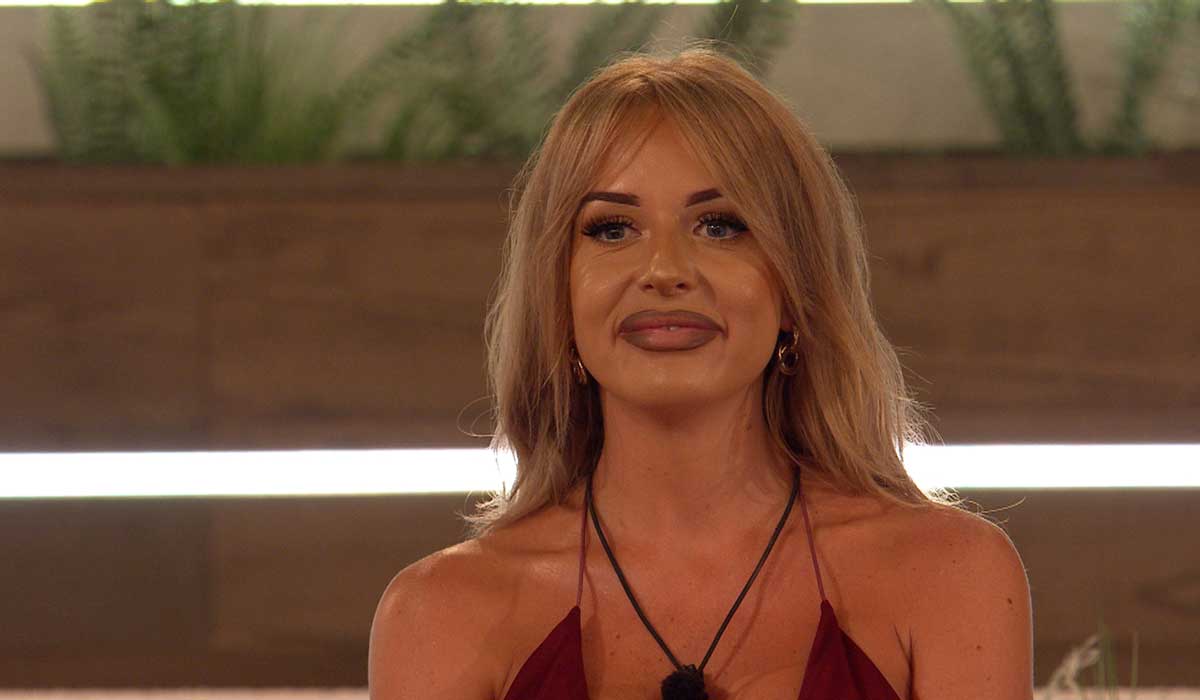 Following Mad Movies last year which showed her partner Teddy admitting that he found one of the girls attractive, his girlfriend Faye Winter spent the vast majority of the following episode in an expletive-laden rant at Teddy, Matthew McNaab and Dale Mehmet -- prompting almost 25,000 people to complain to Ofcom following her behaviour. Pic: ITV

If you watched Love Island last year, then you'll know just how grim this episode was.

After the inaugural movie night showed Teddy Soares talking to Clarisse Juliette and admitting he found her attractive (before not acting on said attraction by going to sleep outside), Teddy's partner Faye -- who already believed that he cheated by kissing Clarisse *during a challenge* in Casa Amor -- spent most of the following episode in a massive tirade against her boyfriend, as well as fellow Islanders Matthew McNaab and Dale Mehmet.

Despite the rant that saw a record-shattering 25,000 complaints to Ofcom, Faye and Teddy kissed and made up, and finished the show in third place -- further proof that the British public shouldn't be trusted with a vote. 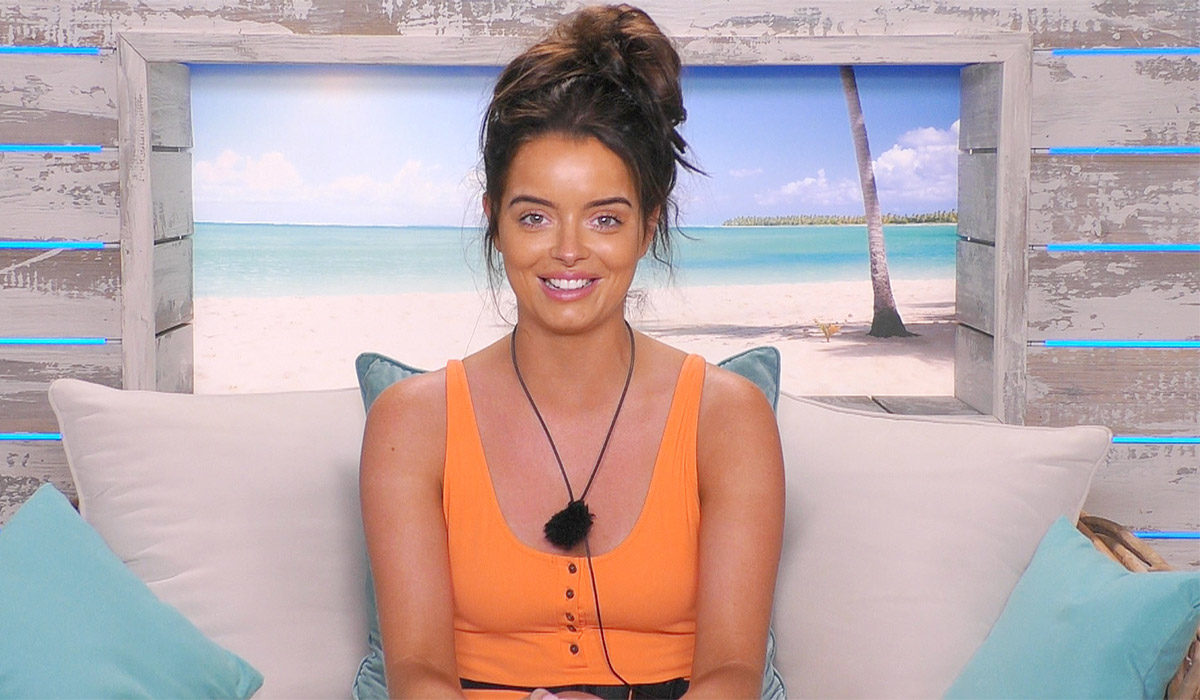 Long before making her mark as a national icon, Maura caught some flak from ITV viewers after she made uncomfortable advances toward Tommy Fury while in the villa three years ago. Pic: ITV

Despite her standing as a national treasure nowadays, Longford native Maura Higgins drew backlash from fans of the show when she originally entered.

Immediately making her presence known by uttering her now famous 'fanny flutters' line, Maura was known for her sense of humour and no-nonsense attitude -- including a fantastic instance where she told Tom Walker to 'go f**k yourself' after he made a comment about her to the other lads.

However, one incident caused significant ire from the public -- when Maura tried kissing boxer Tommy Fury, despite his clear protests. Maura's antics received 709 complaints to Ofcom, but viewers changed their tune on the bombshell -- and the rest, as they say, is history. 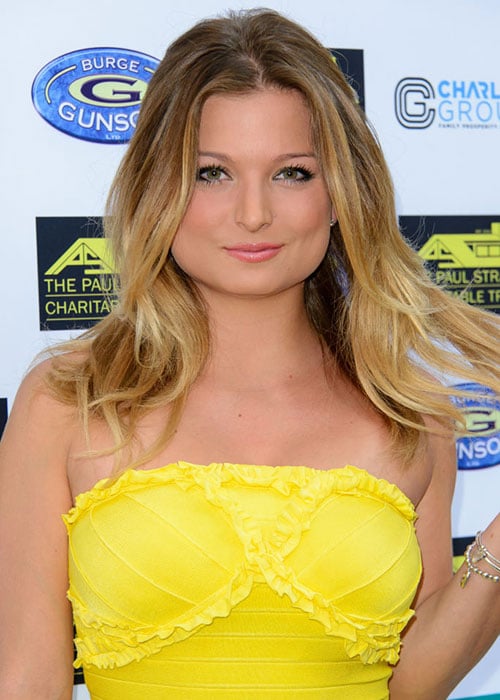 Zara Holland was stripped of her Miss Great Britain crown after she had sex with Adam Bowen during the 2016 season of Love Island. Pic: Getty

Despite the fact that the islanders sleep in the same bed, making intimacy an inevitability, ITV's duty of care rules to protect the Islanders' reputations includes a rule that says Islanders shouldn't be shown on camera getting jiggy with it.

However, that rule was not in place in 2016 -- and then Miss Britain Zara Holland was caught in the act alongside Alex Bowen. While both of them were consenting adults, Zara was punished for the antics -- and was stripped of her Miss Britain crown and title following the episode.

Most felt that Zara was unfairly punished but former winner Gemma Garrett felt the move was justified, pointing out that the pageant had gotten bad press in previous years, and the last thing they needed was a person having sex while on a television show. Meanwhile, Alex faced no repercussions, coupled up with Olivia Buckland, and finished as a runner-up on the show. 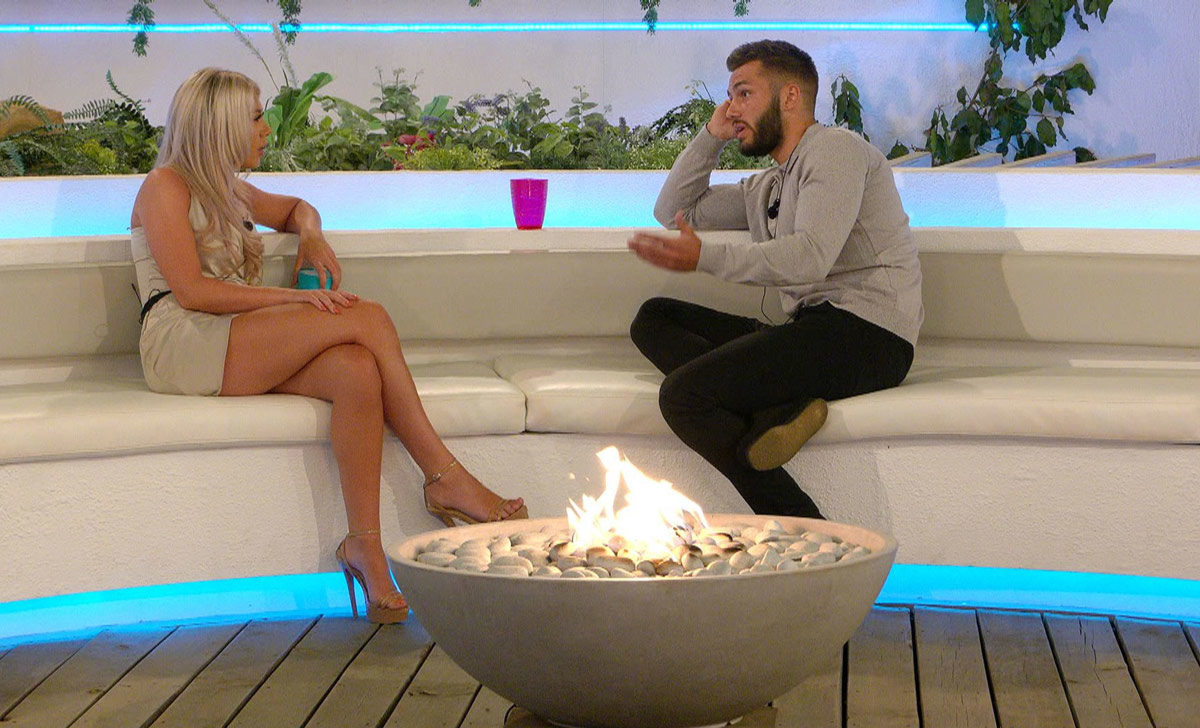 Paige Turley and Finn Tapps' relationships hit the rocks during the inaugural winter season of Love Island following the News Splash challenge -- with many viewers accusing ITV producers of fake news after they said Finn's head was turned in Casa Amor. Pic: ITV/REX/Shutterstock

After the popular 'mean tweets' challenge was axed for the inaugural Winter Love Island season, producers decided to bring in an even worse challenge -- 'News Splash.'

Eventual winners Paige Turley and Finn Tapp's relationship was thrown in hot water during the challenge, when a headline implied that Finn's head had turned during Casa Amor, reading 'Casa Amor causes Callum, Finn and Nas' head to turn on tonight's Love Island.'

Paige became upset as a result, Finn protested his innocence, and nearly 400 complaints were recorded to Ofcom -- with fans saying the producers of the show made the headline up, calling it 'fake news.'