Financial News
The SFO was in serious breach of its duties by taking 'plainly unauthorised' information, a summary of the judgment said 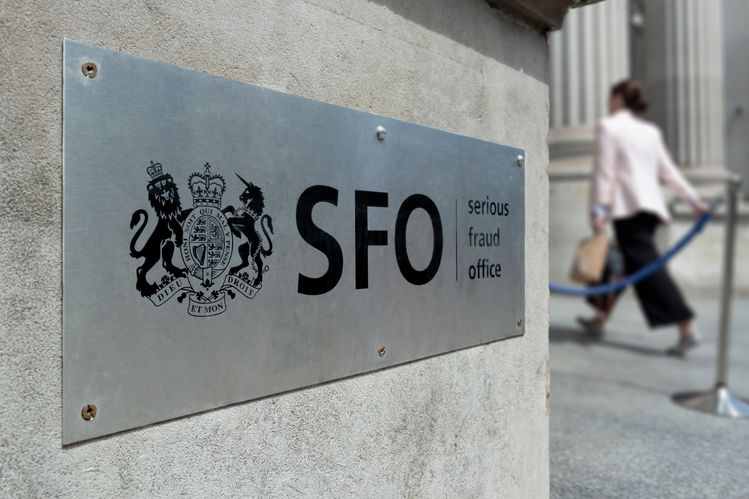 Eurasian Natural Resources Corporation has succeeded in a claim against the Serious Fraud Office and law firm Dechert in a case revolving around leaks of confidential material.

Ex-Dechert white collar crime partner Neil Gerrard was found to have leaked material about his then client ENRC to the press and the SFO. Gerrard also engaged in contact with the SFO without the knowledge of his client, according to a judgment handed down by Justice Waksman in London's Commercial Court on 16 May.

The multinational mining company launched a £70m claim against the SFO, its former law firm Dechert and its former partner Gerrard in the Commercial Court on 24 May 2021, accusing the SFO of serious failures in its criminal investigation into the Kazakh mining giant, and Gerrard of mis-advising the business to try and generate bigger fees.

The SFO was found to have been in serious breach of its duties by “engaging with and taking information from Mr Gerrard which was plainly unauthorised and against his client’s interests,” a summary of the judgment said.

The SFO was also found to have induced Gerrard to breach his contract with ENRC.

In its case, ENRC alleged Gerrard was motivated by “money and greed” in his actions.

The mining company’s lawyers also alleged that the SFO encouraged Gerrard’s conduct in a bid to secure a settlement with, or conviction against, ENRC.

Hogan Lovells partner Michael Roberts, who acted on behalf of ENRC, said it was now clear "that ENRC was betrayed and exploited as Dechert sought to maximise its own billings, even to the extent of leaking privileged material in order to prompt action by the SFO".

"Far from the integrity and fairness to be expected of a government law enforcement agency, the SFO was itself complicit in Dechert’s dishonest conduct," Roberts added.

A spokesperson for ENRC said the company “repeatedly urged both Dechert and the SFO to examine the evidence”.

"At every turn, we were rebuffed, and both Dechert's and the SFO's leadership chose, at great expense, to defend the indefensible. As much as ENRC welcomes today's judgment, it is also profoundly concerned by the very serious implications for other Dechert clients and other subjects of SFO investigations,” ENRC's spokesperson said.

Gerrard said in a statement: “I and my family are devastated by today’s judgment. After over 30 untainted years as a solicitor I remain sure of the appropriateness of my actions, of my advice in relation to my former client and of my personal and professional integrity. I gave evidence to the best of my ability and believed I was telling the truth at all times. I would like to thank Dechert for their support.”

"We recognise fully the seriousness of the judge’s findings in relation to Mr Gerrard’s conduct. We are considering the judgment to see what we should learn from it," a spokesperson for Dechert said.

An SFO spokesperson said: "We welcome that the judge found against ENRC for the majority of its allegations against the SFO. We are considering the implications of this lengthy and complex judgement for the SFO and other law enforcement authorities."

Gerrard was indeed the instigator of three leaks to the press, the summary of the judgment said. He was also behind an anonymous leak of confidential documents about ENRC which were sent to the SFO in a brown envelope in June 2013.

The judgment found Gerrard had engaged in unauthorised contact with the then head of the Serious Fraud Office Richard Alderman without the knowledge of his client.

“He engaged with Mr Alderman without authority prior to [an August press article], at least alerting Mr Alderman to it. Mr Alderman then tipped Mr Gerrard off about the forthcoming SFO letter and Mr Gerrard was informed about it,” the summary of the judgment said.

Gerrard was found to have “lied continuously” about the 2013 leak of confidential ENRC documents to the SFO, the judgment found.

Dechert’s barrister, Andrew Onslow QC, had slammed ENRC’s case on 25 May 2021 as the “stuff of conspiracy theories”, cobbled together after the law firm’s investigation threatened the interests of the “Kazakhstan-based oligarchs” who controlled the company.

Onslow said Dechert and Gerrard had been fired by ENRC in 2013, and subsequently attacked in the courts and the press, because their corruption investigation had threatened the three businessmen who were the powers behind the company.

Alijan Ibragimov, Alexander Mashkevich and Patokh Chodiev — known as “the trio” — were described in Dechert’s skeleton argument as “three Kazakhstan-based oligarchs who continued to hold 44.7% of the shares” in the company following its 2007 London float.

The three delisted the company in November 2013 amid regulatory enquiries and governance concerns.

They remain the majority owners of ENRC via a Luxembourg holding company, Dechert’s skeleton argument said.

In April 2013, the SFO announced a separate criminal investigation of ENRC for alleged fraud.

ENRC has launched a sustained litigation campaign around the case, suing its former law firm Dechert, the SFO, former SFO case controller John Gibson, the Financial Times and one of its journalists Tom Burgis.

The SFO is facing an unrelated review of its conduct by a government-appointed lawyer after revelations of its conduct in its investigation of oil company Unaoil.

To contact the author of this story with feedback or news, email James Booth