Emily Atack: 'Is it my fault I'm sent explicit messages?'

Yahoo! Voices
The TV star investigates what motivates the men who send her explicit pictures and messages online. 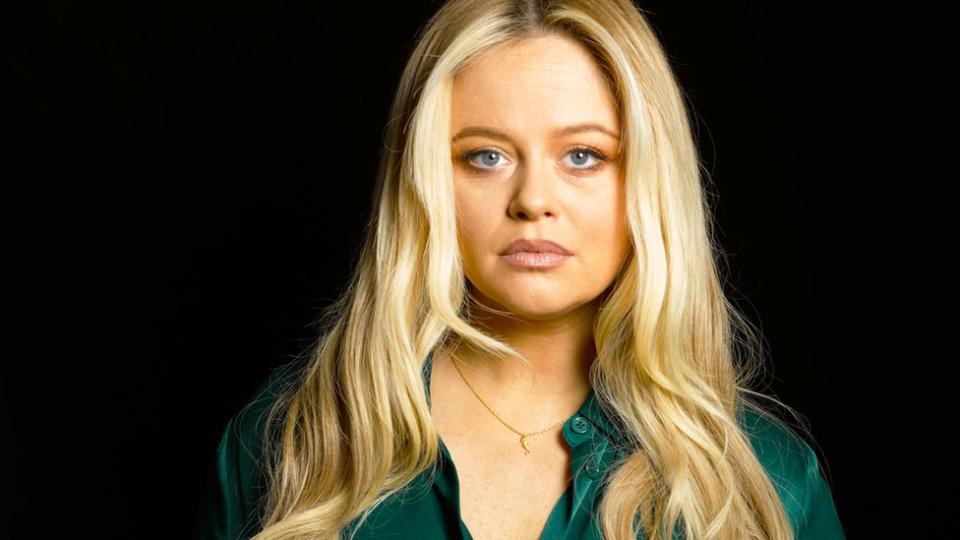 TV star Emily Atack is sent hundreds of explicit pictures and messages every day. She asks what motivates the men who do this and what can be done to stop them?

Every morning when she wakes up, Emily sees a picture of a naked man she hasn't asked to see.

The 33-year-old actress, presenter and comedian gets flashed at hundreds of times a day - not in the street, but online.

Emily - who has made a BBC documentary on the issue - has received explicit messages on her social media accounts for years. But their quantity and tone intensified over lockdown, when they became even more sexually aggressive.

"I felt like it was just slowly chipping away at me," she says.

Emily was 17 when she was cast as Charlotte Hinchcliffe in the popular Channel 4 coming-of-age comedy, The Inbetweeners.

"She was the popular girl at school," says Emily. "The issue is, that yes, it's a fictional character, but obviously people associate you with the characters that you play."

From a very young age, Emily says she began receiving unwanted attention from some men. To try to protect her, she says her loved ones would suggest altering her behaviour, like not wearing make-up or a skirt to school.

"It's so out of control, the only way that those that love you can control it is to change you," she says. "That all goes in somewhere, so I started looking inward. My whole life I just blamed myself because of that."

Emily carried this sense of blame into her adult life.

Watch Emily Atack: Asking For It? on Tuesday 31 January, 21:00 GMT on BBC Two and afterwards on BBC iPlayer.

"I'm nervous about going public about all this because I put bikini photos up on Instagram, I talk about sex in my shows and I'm very cheeky and flirty," she says. "There will be people saying, 'But you asked for this negative attention, what do you expect?'

"You do sit there and go, 'Is this my fault? Is this something I'm putting out there?'"

Emily has always used humour as a defence mechanism to make light of the messages, but she says it's not funny anymore.

"If we actually look at the severity of it, young girls are on Instagram getting messages like this," she says. "What would happen if this was your daughter, your niece? It's a more serious discussion to be had once the laughing stops."

Research from 2020 found 76% of girls aged 12-18 had been sent unsolicited nude images of boys or men, commonly known as "dick pics". When Emily spoke to some secondary school girls, she was shocked that all of them said they had received sexually explicit messages online.

"What shocked me the most was that I thought the girls were going to say it was the boys at school that were a bit out of control and on their phones, but it's older men online that are approaching these girls," she says.

Emily put a post on her social media asking the men who send her explicit messages to explain why they do it.

"I checked my emails - zero, received nothing back," she says. "These men spend their lives bombarding me with abuse and saying the most horrific things and then the second I respond and say, 'Well I want to hear from you, let's talk' - nothing.

"What I did have was loads of women reaching out saying what they'd had to deal with." 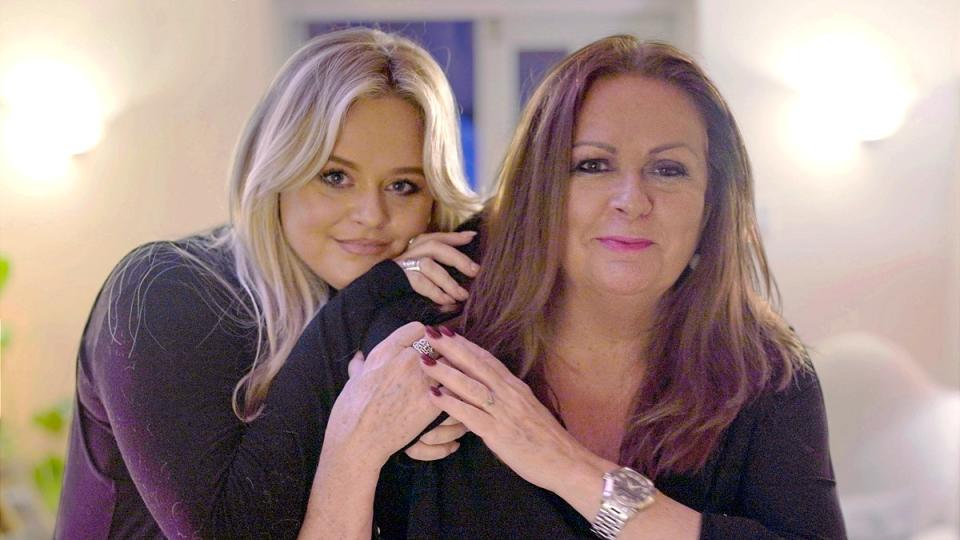 Emily's mum, the comedian Kate Robbins, says the messages make her worry about her daughter's safety

Emily says she had never previously discussed this online abuse with her parents, and her mother, comedian Kate Robbins, is very upset when she is shown a sample. She says she worries about the psychological impact it has on her daughter - and her physical safety.

Although the messages are from many different men, Emily's father, Keith, observes how it almost feels like they are from one personality.

To try to understand more about the characteristics of these people, Emily directly messaged two men who regularly send her explicit content to ask them why. One blocked Emily immediately after reading Emily's message, while the other replied blaming her - saying he was trying to get her attention and his messages were due to her "reputation".

Emily spoke to Jamie Klingler, co-founder of Reclaim These Streets, to try to understand the mindset of these men. Jamie first began receiving explicit images, rape and death threats online after she organised a vigil following the murder of Sarah Everard.

Prof Jane Monckton-Smith's research focuses on the prevention of homicide - acts that lead to the death of another person. She says patterns of violence against women escalate from something seemingly small to serious sexual assault. Because of this, she recommends always reporting online abuse to the police so the individual's name is put on record.

Following their conversation, Emily reports the online abuse to the police - and unexpectedly finds herself quite upset as she describes the abuse. One officer says they could possibly trace the men if other people have reported abuse - and they can take action if the behaviour involves an element of stalking.

But after the officers leave, Emily feels conflicted about whether she actually wants anyone to be arrested.

"I need them to just acknowledge what they've done is wrong, so I can take it all off me," she says. 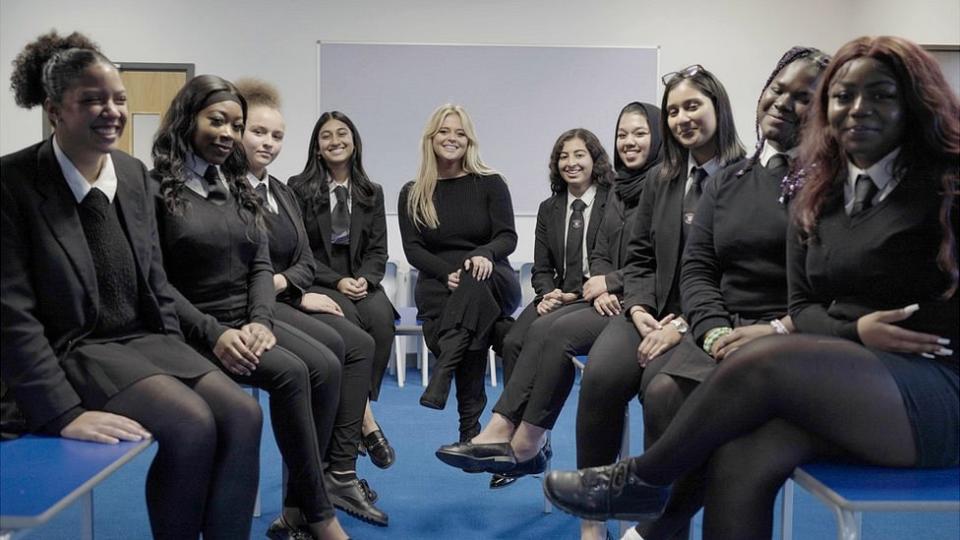 In 2021, Emily gave a speech in Parliament sharing her experience of abuse - and the Online Safety Bill includes a new cyber flashing offence that will carry a maximum prison sentence of two years. The bill was approved by MPs last week and will now go through the Lords.

But although Emily has campaigned for this, she now wonders if changing the law alone is the answer.

Andrea Simon, director of the group End Violence Against Women, agrees that society needs to move away from apportioning blame on women.

"Everything is focused on the woman and her behaviour and that is a massive thing that has got to change," she adds.

Emily says confronting her online abuse has been one of the hardest things she has ever done - she underwent therapy throughout the process as it had involved revisiting past trauma.

"The things I've been through, that I've normalised my whole life, the more I talk about them, the more I realise I shouldn't have had to put up with them - then or today," she says. "I'm still learning that, still working on myself and I always will be.

"I'm not going to change what I'm doing because I get sexually harassed all the time. It's not our behaviour that has to change, it's theirs.

"I shouldn't blame myself."

If you are affected by any of the issues raised in this story, support and advice is available via the BBC Action Line

Watch Emily Atack: Asking For It? on Tuesday 31 January, 21:00 GMT on BBC Two and afterwards on BBC iPlayer.