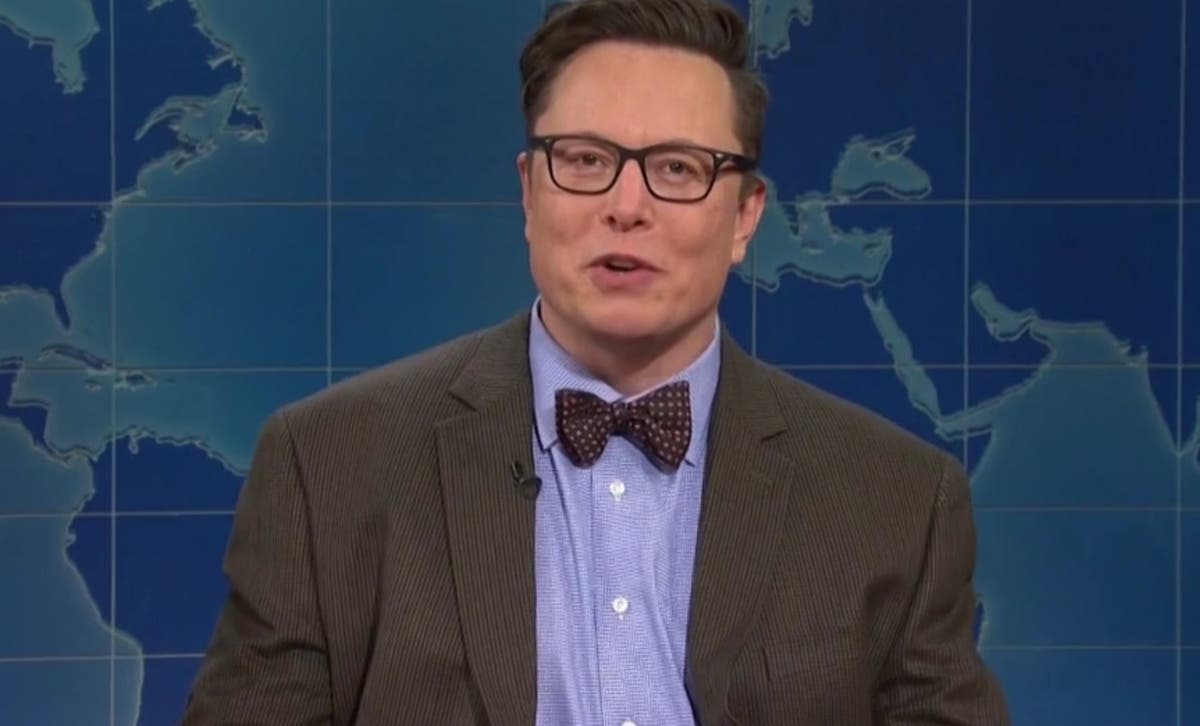 Elon Musk waited 14 minutes into his debut on Saturday Night Live to plug Dogecoin and the price immediately plummeted.

The Tesla and SpaceXCEO is one of the biggest fans of the cryptocurrency, which was created as a parody, and regularly tweets about it.

And the tech mogul did not disappoint his fans by using Dogecoin as a joke in his opening monologue.

Musk brought up his mother, Maye, to wish her a happy mother’s day.

“I am excited for my Mother’s Day gift. I just hope that it’s not Dogecoin,” she told her billionaire son.

“It is. It sure is,” laughed Musk, with a beaming smile on his face.

The price of Dogecoin was at around $0.70 before Musk started hosting the show, but after the mention dropped by as much as 24 per cent to $0.49.

The price of Dogecoin then rebounded from its low to around $0.57 after SNL finished.

The surge in recent months has pushed Dogecoin’s market value to $70 billion, and Musk has coined himself “The Dogefather” on Twitter, although it is not known how invested in the token he is.

Dogecoin traders were reportedly set to watch SNL to see if his appearance would be a market-moving event, according to Bloomberg.

During the Weekend Update segment of SNL, Musk appeared as the show’s financial expert, Lloyd Ostertag, and was asked to explain exactly what Dogecoin is.

“Thank you Michael, call me The Dogefather,” said Musk to Michael Che.

“It (Dogecoin) started as a joke based on an Internet meme but now it has taken off in a very real way,” explained Musk.

Che then repeatedly asked Musk what it actually was, even taking a one dollar bill out of his pocket and waving it at Musk, asking him if the cryptocurrency was even real.

“Its about as real as that dollar,” said Musk.

Colin Jost got in on the action, also asking what Dogecoin actually was.

“It is the future of currency, it as unstoppable financial vehicle that is going to take over the world,” said Musk.

And when he explained that crypto can be traded for cash, Che said, “Oh it’s a hustle.”

“Yeah its a hustle,” said a laughing Musk as he shouted the Dogecoin phrase of “to the moon.”

Before the show even this week’s musical guest, Miley Cyrus, took to Twitter to tease him over Dogecoin.

“What I hear when Elon is explaining DOGECOIN to me,” she posted alongside of her making bizarre noises as she warmed up her voice.

Earlier in the week, Musk cautioned his Twitter followers after regularly promoting Dogecoin.

“Cryptocurrency is promising, but please invest with caution!” he tweeted.