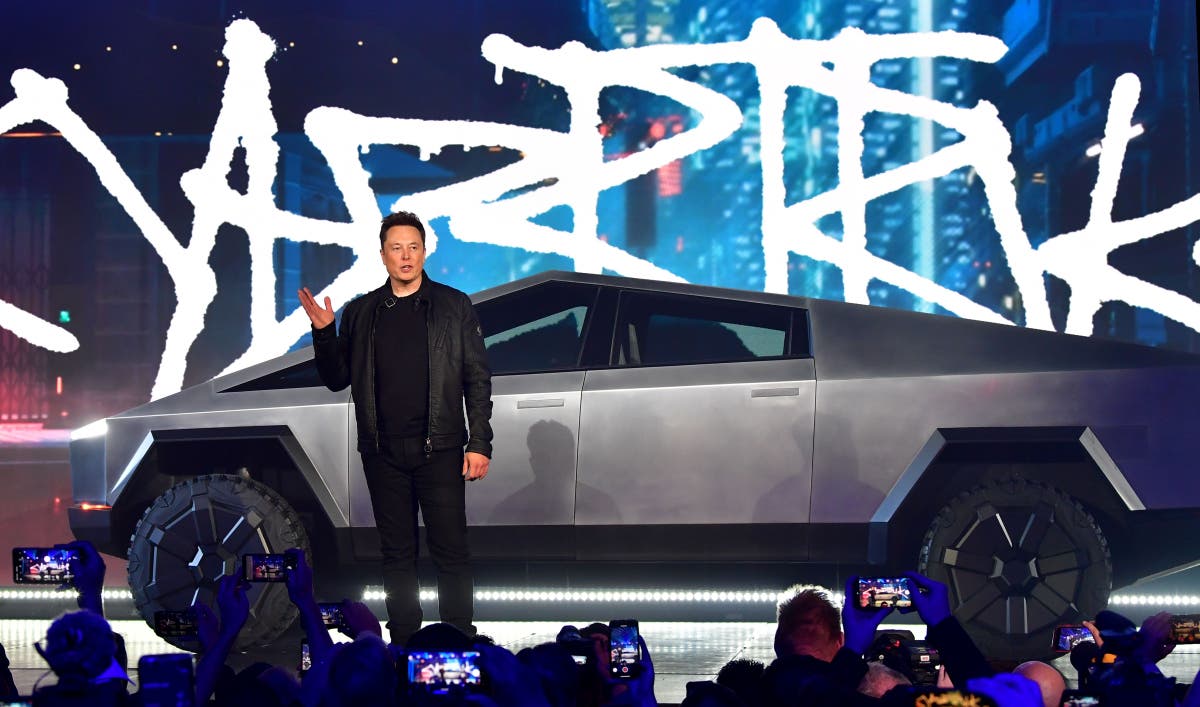 Tesla’s Cybertruck caused a stir in New York City as it took to the streets ahead of Elon Musk hosting Saturday Night Live.

The futuristic electric vehicle’s prototype was spotted driving around Manhattan hours before Musk was set to host the famed NBC comedy show.

Tesla posted video of the Cybertruck driving past the NBC headquarters where the show will be beamed across the country at 11.30pm ET.

The billionaire will be the first non-entertainer or athlete to host the show since Donald Trump appeared on it.

Tesla has been displaying the Cybertruck at its Manhattan showroom this week as Musk rehearsed for his hotly anticipated turn on the show.

Social media lit up with pictures and videos of the Cybertruck as it mase its way around the city.

Musk even responded to a tweet by @ericrihlmann who posted a picture of the Cybertruck and said it had “Blade Runner vibes.”

The Cybertruck was set to be released later this year, but Musk has cast doubt on whetehrthe model will meet that timeframe.