Deadline
Share on FacebookShare Share on TwitterTweet
Elon Musk claimed that he made history in his anticipated debut as host of Saturday Night Live. “I’m actually…the first person with Asperger’s to host SNL—or at least the first to admit… 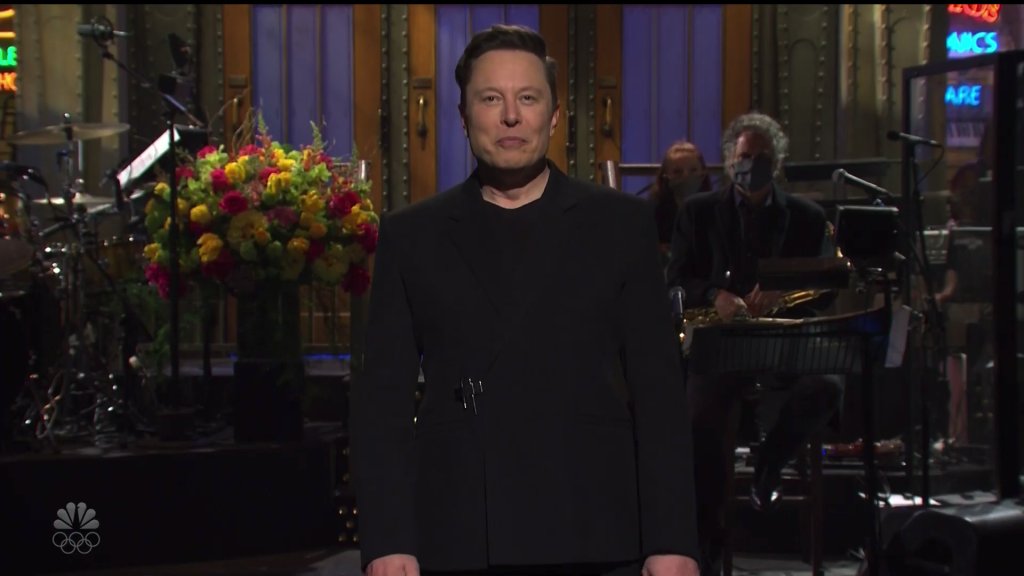 Elon Musk claimed that he made history in his anticipated debut as host of Saturday Night Live.

“I’m actually…the first person with Asperger’s to host SNL—or at least the first to admit it,” said the centibillionaire entrepreneur behind Tesla and SpaceX. “So I won’t make a lot of eye contact with the cast tonight. But don’t worry, I’m pretty good at running ‘human’ in emulation mode.”

Former cast member Dan Aykroyd, however, did host the show back in 2003 and he has admitted that he was diagnosed with mild Asperger’s Syndrome.

Musk then went on to lay out his grand vision for the future. “I believe in a renewable energy future. I believe that humanity must become a multiplanetary, space-bearing civilization. Those seem like exciting goals, don’t they?” he said, to cheers from the audience. “Now, I think if I just posted that on Twitter, I’d be fine. But I also write things like, ’69 days after 4/20 again haha.'”

Of course, Musk was aware coming into tonight that he’d proven a controversial choice as host, from the moment his name was announced, given his peculiar comments and antics over the years. “I know I sometimes say or post strange things, but that’s just how my brain works,” he explained. “To anyone I’ve offended, I just want to say, I reinvented electric cars and I’m sending people to Mars in a rocket ship. Did you think I was also going to be a chill, normal dude?”

Toward the end of his SNL opener, Musk addressed headlines he made when he provocatively Tweeted, “Let’s find out how live Saturday Night Live really is.”

“One reason why I’ve always loved Saturday Night Live is because it’s genuinely live. A lot of people don’t realize that. We’re actually live right now,” he said, “which means I can say something truly shocking—like I drive a Prius.”

In kicking off the show, Musk also touched on his son’s unusual name, X Æ A-Xii (“It’s pronounced ‘cat running across keyboard'”), what he was like as a kid, and the tendency people have to reduce others to “the dumbest thing” they ever did.

“Like, one time I smoked weed on Joe Rogan’s podcast, and now all the time I hear, ‘Elon Musk, all he ever does is smoke weed on podcasts,’ like I go from podcast to podcast, lighting up joints,” he joked. “It happened once. It’s like reducing O.J. Simpson to ‘murderer.’ That was one time.”

Musk closed out his monologue by inviting his mother Maye to the stage, teasing what he got her for Mother’s Day.

“I just hope it’s not Dogecoin,” she said. But according to Musk, “It sure is.”