Daily Express
A POSTMAN was caught on camera kicking a dog at a home in Greater Manchester. 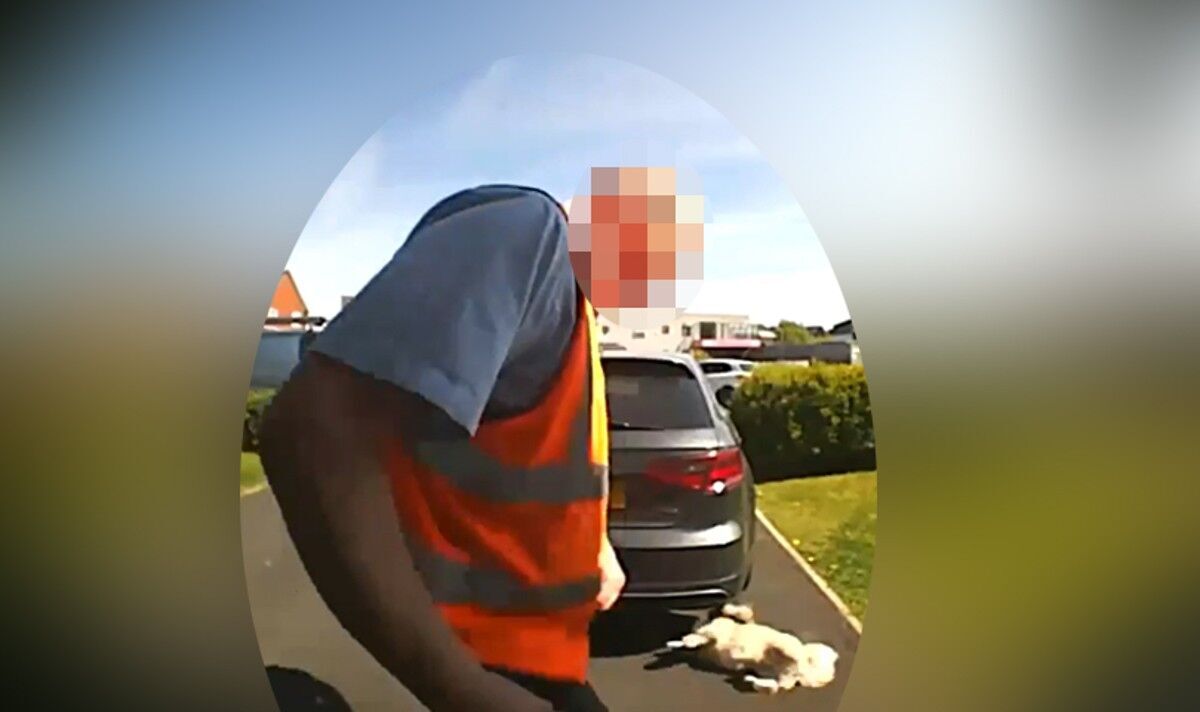 The footage was recorded via a video doorbell and shows a member of Royal Mail staff booting the hound which then tumbles across a driveway. It is understood that the postman involved has claimed the dog nipped him on the ankle and he reacted as a reflex.

Video shows the worker muttering a few words at the door of a woman's home before it is opened one morning in April.

The sound of a dog barking can be heard in the background as the man passes a parcel to the woman's teenage daughter.

Still yapping, the dog shoots towards the door before the postman appears to kick the pooch across the drive.

It then scrambles to its feet as the postman leaves.

The mum told the Manchester Evening News that her daughter came to her in tears after what happened and claims the dog now wets itself when the doorbell rings.

It is understood that the incident has been discussed internally with the postman involved.

Royal Mail has apologised in a letter to the family for the upset caused.

It points out that 33 delivery workers are injured by dogs every week.

READ MORE ABOUT A NEW SUPERMARKET CHAIN OPENING IN THE UK

"Royal Mail staff are family people, with cats, dogs and other pets and we fully appreciate what a huge part of a home they are.

"That said, 33 Royal Mail staff are attacked by dogs every week and a lot of our colleagues have seen small nips, through to life-changing injuries on friends at work.

"We work closely with our health and safety team to ensure our staff are fully aware of the dangers of loose animals.

"We employ an absolute AVOID policy, whereby mail is returned to the office for a safe attempt delivery should any loose animals or pets be looking to what they see as defending their family, or space."

A Royal Mail spokesperson said in a statement: "Royal Mail treats all dog attacks on our postmen and postwomen very seriously.

"Our first priority as an employer is to ensure the welfare and safety of our people who provide a valuable service to our customers.

"The vast majority of dog owners are very responsible and keep their pets under control."However, last year, there were 1,690 dog attacks on postmen and women in the UK - some resulting in life-changing injuries.

"We continue to appeal to dog owners and their families to help reduce the number of attacks, particularly at the door and in the garden."

The spokesperson added that customers who would like more information about how to prevent dog attacks when the postman visits, can go to its website at royalmail.com/dogawareness