The Athletic
Share on FacebookShare Share on TwitterTweet
Sheffield Wednesday owner Dejphon Chansiri has confirmed Darren Moore will be the manager to take the team forward despite their relegation to League One... 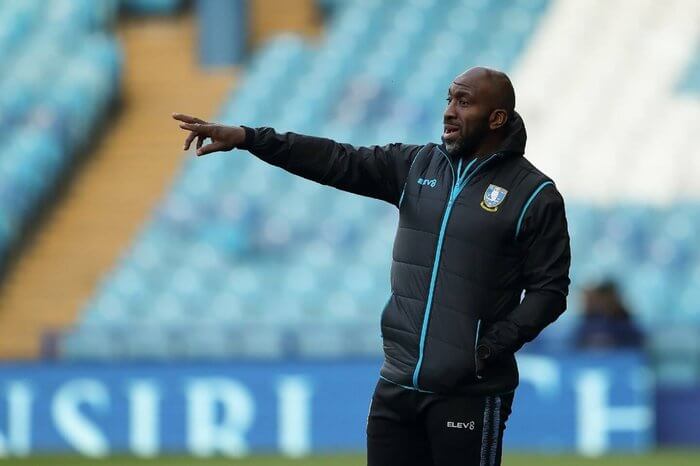 What has Chansiri said about Moore?

In a club statement, he said: “Darren Moore will be the manager for sure and the moment I mention Darren’s name, I must wish him all the very best as he continues his recovery from illness.

“Health must come before anything else, as this past year has taught us more than ever.

“I would like to say thank you to the coaching staff who stepped up in Darren’s absence and also to everyone who has worked so hard during what has become one of if not the most challenging season in the history of Sheffield Wednesday.”

How has Moore fared this season?

Since the start of the campaign, Wednesday have had three permanent managers: Garry Monk, Tony Pulis and Moore, who was appointed in March.

Moore has been away from first-team action, however, as he recovers from serious illness which saw him hospitalised weeks after overcoming COVID-19 in April.

The 47-year-old returned to the club's Middlewood Road training complex this week and was in the dugout for the Derby draw but could not guide his team to the win they so desperately needed.

What else did Chansiri say?

Chansiri admitted that “the responsibility for Sheffield Wednesday lies” with him and he apologised for the club’s relegation.

He said: “This was never what I anticipated when I came to Hillsborough in 2015, my vision was to take Wednesday into the Premier League.

“We came so close in 2016 and then again in 2017 and since then the times have not been so good at all. In football, in sport, there are highs and there are lows and right now, this is the lowest I have felt and I know you will be feeling the same.

“There are no guarantees in football, we have tried our best but our best was not good enough. We must now face the reality of what lies ahead and for next season at least, that is League One.

“We must pick ourselves up from the floor and move forward in a positive way. We have had plans for both scenarios and now our immediate future is clear, we can start to put those plans into place.

“I can pledge that as chairman, I will give everything I can and offer as much support as possible to everyone as we try and achieve promotion at the first attempt. There are issues we must address in the short and long term and some things will not happen overnight.”

What was Chansiri responding to?

The supporters trust board wrote a letter to the club on Saturday afternoon asking the owner to take a “clear step back” from the club.

They want to have a new chairman, CEO and non-executive board members to manage the team.

The letter also called for “affordable ticket, merchandise and hospitality pricing” in the hope to attract fans and businesses as well as effective supporter engagement.

Where can I find out more?

For the full story on Wednesday’s fall from grace and the issues that extend beyond Saturday’s gutting result, Go Deeper with The Athletic below.