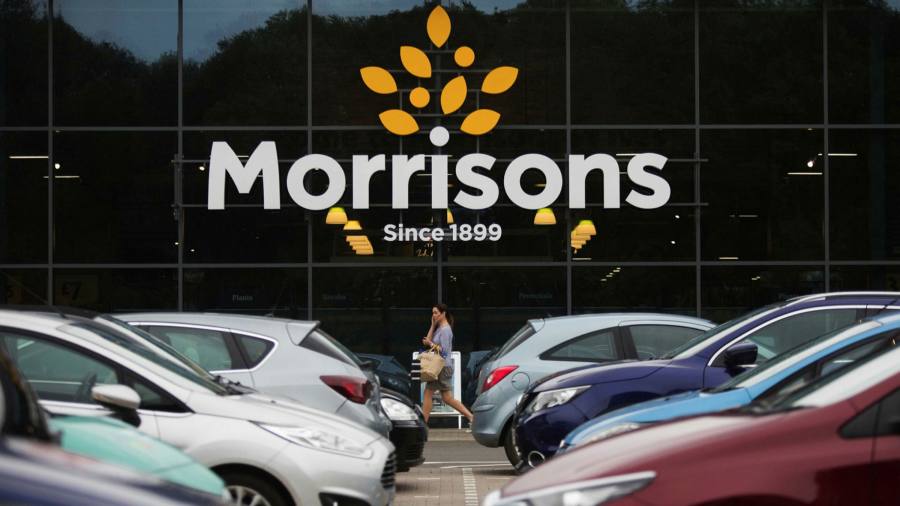 The statement came in response to press reports from Sky News and the Financial Times that prompted CD&R to confirm that it “is considering a possible cash offer” to take the grocery chain private.

In response, Morrisons revealed that it had already rejected an offer to buy the company for 230 pence per share on June 17.

That offer, which was made on June 14, valued Morrisons at a 29 per cent premium to its last closing price of 178 pence, giving it a market value of £5.5bn before the inclusion of £3.2bn of net debt.

The board of Morrisons, which is working with advisers at Rothschild, said that it had “unanimously concluded that the conditional proposal significantly undervalued Morrisons and its future prospects”.

A person following the situation closely said the leak of CD&R’s interest had significantly complicated the prospects of a deal. CD&R is working with Goldman Sachs on its bid, another person involved said.

Under the UK’s takeover rules, the private equity firm must announce a firm intention to bid, or walk away, by July 17.

Buyout groups have announced bids for at least 12 UK-listed companies since the start of this year, as Brexit and the pandemic weigh on share prices. It is the fastest pace of take-private attempts for more than two decades, figures from Refinitiv show.

CD&R has been among the more active private equity firms in the UK market this year, agreeing a £2.8bn deal to buy the UK-listed healthcare services group UDG and a £308m deal for Wolseley, the plumbing business.

CD&R counts Sir Terry Leahy, the former chief executive of Tesco, among its advisers. Andrew Higginson, the current Morrisons chair, worked alongside Leahy at Tesco for many years. It is also an investor in EG Group’s petrol station rival, Motor Fuel Group.

The management team at Morrisons led by chief executive Dave Potts, has attempted to turn around the performance of the business since 2015 by improving pricing and building up its wholesale business, which suppliers convenience stores and petrol stations.

However, the market has not rewarded them. Shares are lower now than they were when Potts took over and have fallen 6.3 per cent over the past year, compared with a rise of 11.5 per cent in the FTSE 100 index of top UK companies in which it was a constituent until earlier this year when it was relegated.

Earlier this month, 70 per cent of shareholders rejected its pay arrangements.

In the year to the end of January, the company reported an 8 per cent increase in same-store sales although total revenue grew only 0.4 per cent to £17.5bn because of sharply lower fuel sales.

Covid-related costs affected profits, with net income rising 0.5 per cent to £96m. It employs 118,000 staff, according to Capital IQ.

Analysts have long speculated that the group might fall to a bidder attracted to its cash generation and, like third-placed Asda, a high proportion of freehold stores.

The emergence of bid interest could also flush out an offer from Amazon. The US ecommerce giant already works with Morrisons and there has long been speculation it might buy the company as a way of entering the UK grocery market at scale.

It is unlikely that another major UK supermarket group would make a move for the group, given that an attempted combination of Sainsbury and Asda was blocked by the country’s competition regulator in 2019.