Hot topics close
Home China Rare Strawberry Supermoon will appear HUGE this week – how and when to see it...

Rare Strawberry Supermoon will appear HUGE this week – how and when to see it...

The Sun
Share on FacebookShare Share on TwitterTweet
THE LAST Supermoon of the year will brighten up the night sky this week. June’s full Moon is called the Strawberry Moon and it will be at its fullest on Thursday June 24. The “Super Str…

THE LAST Supermoon of the year will brighten up the night sky this week.

June's full Moon is called the Strawberry Moon and it will be at its fullest on Thursday June 24.

The "Super Strawberry Moon" is set to be the biggest and brightest full Moon of the summer.

It will hang low in the sky when it rises on Thursday.

The sweet name is actually more to do with the fruit than the Moon itself, as Nasa explains on its website.

"According to this Almanac, as the full Moon in June and the last full Moon of spring, the Algonquin tribes called this the Strawberry Moon.

"The name comes from the relatively short season for harvesting strawberries in the north-eastern United States."

An almanac is an annual publication that lists events.

People across the globe should be able to see the Moon looking vast and potentially pinkish.

June's full Moon is always particularly low in the sky, this can make it shine through more of the atmosphere than at other times in the year.

It won't technically be pink or red but, according to Nasa, its low position can sometimes give the full Moon a reddish or rose colour.

Try catching a glimpse after sunset to see if you notice any pinkness.

Another name given to the phenomenon is Mead Moon or the Honey Moon - a time when honey is ripe and ready to be harvested, potentially to be turned into mead.

The 1500s term "honeymoon" may be linked to this full Moon, referring to the first month after marriage.

How to see the Strawberry Moon

One of the best times to see the Strawberry Moon at its biggest will be on late Thursday afternoon/evening as it rises in the east.

Look southeast just after sunset and you should spot it in its big round glory.

This is weather dependent though and you might want to try looking at the Moon the day before or after June 24 as it will still look pretty huge.

The Full Moon will appear slightly smaller the higher it gets in the evening sky.

What is a Supermoon?

A Supermoon appears when a full Moon aligns with the point closest to the Earth during its elliptical orbit.

During this time it appears 14% bigger and 30% brighter than usual.

It wasn’t until 1979 that Richard Nolle first defined the Supermoon, which is now a widely-used term.

The astrologer explained that the phenomenon is “a new or full Moon which occurs with the Moon at or near (within 90% of) its closest approach to Earth in a given orbit”.

Based on Nolle’s theory, the moon would have to be around 226,000 miles away from the Earth to be considered "super".

Because of its relatively close proximity to the Earth, the celestial body’s surface appears a lot bigger when a Supermoon occurs.

The different types of moons

Here are some of the most interesting moon phases and when to see them...

A Blue Moon refers to the occasion when a full Moon appears for the second time in the same month, this is very rare.

The Harvest Moon appears around the time of the autumnal equinox when farmers tend to do their main crop harvesting.

A Supermoon appears when it is at its closest point to Earth and therefore at its brightest.

A Blood Moon occurs during a total lunar eclipse.

Each month of the year actually has its own special full moon phenomenon, they are as follows: 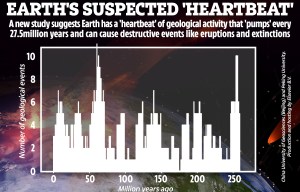 DEAD BEATEarth has 'heartbeat that causes floods and extinctions each 27.5mill years' 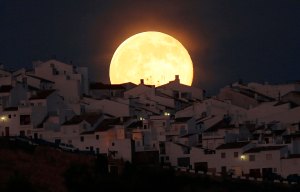 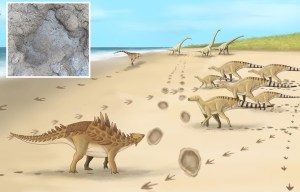 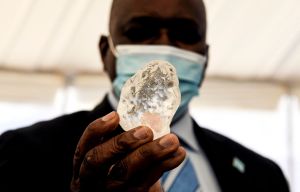 ROCK SOLIDHuge £1.4bn 1,098-CARAT diamond the size of a fist is 'third largest ever found' 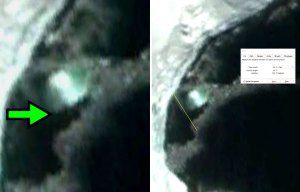 In other space news, China successfully launched a three person crewed mission to build its own space station.

The European Space Agency has revealed it will be sending a probe called EnVision to study the planet Venus.

Scientist Brian Cox believes there could be 200 billion alien civilisations in the universe.

We pay for your stories! Do you have a story for The Sun Online Tech & Science team? Email us at tech@the-sun.co.uk