Hot topics close
Home Catherine, Duchess of Cambridge The Day William and Kate Got Married review — the sidelines were more fun than the wedding

The Day William and Kate Got MarriedITV★★★★☆

The Day William and Kate Got Married sounded like desperate, post-Easter schedule-filling fluff-stuff, but was far better than its dull title suggested. Rarely for royal retrospective clip shows, it offered something fresh, namely interviews with some of the less famous wedding guests, including Mike and Carole Middleton’s local village butcher and publican, and Kate’s “eccentric” four-times married uncle Gary Goldsmith. 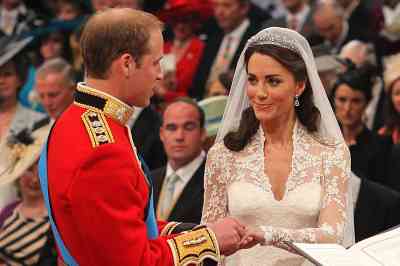 The Duke and Duchess of Cambridge get married in April 2011

Remember when everyone thought “naughty uncle Gary” and his “Maison de Bang Bang” in Ibiza would be the royals’ loose cannon? Ha ha. He must bless the day Harry met Meghan. Uncle Gary did cheerfully admit that when his sister Carole told him that William and Kate were in a