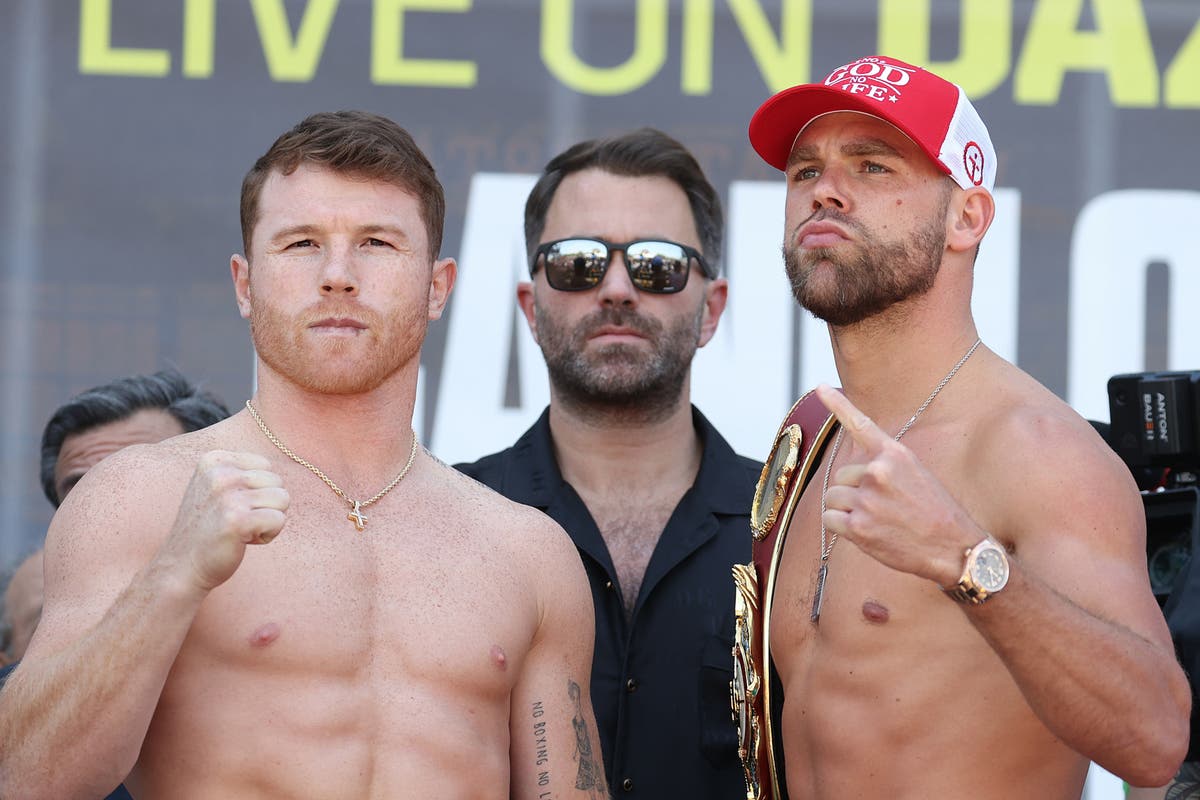 Billy Joe Saunders will need to produce the performance of his career to upset the great Saul ‘Canelo’ Alvarez in tonight’s huge super-middleweight title unification fight in Arlington, Texas.

Britain’s undefeated and controversial WBO champion has been waiting years for a contest of this magnitude and is convinced he can defy the odds to inflict a first loss for eight years upon arguably the world’s best boxer and current pound-for-pound king.

Canelo accepts that Saunders’ tricky southpaw style is likely to cause him early issues, but the WBA (Super) and WBC champion - who has held world titles in four different weight classes - will nevertheless be confident of seeing off a seventh British opponent in front of more than 70,000 fans at AT&T Stadium to move one step closer to unifying the 168-pound division.

Follow all the boxing action with Standard Sport’s LIVE blog below...

After a slower approach, Davis unloads at the end of the fourth, thudding in some punishing body punches and letting his hands fly with the overwhelmed and overmatched Meza backed up against the ropes.

The Mexican takes a hard right hand that looked to have been thrown slightly after the bell.

More of the same from Davis, who continues to walk down Meza and pick his shots, including another lovely counter, this time from the left hand.

The brief flurries from Meza - who does have a reach advantage as the taller man - are very scrappy and Davis has little problem in evading his punches.

Relentless again from Davis, who will surely be thinking about forcing a stoppage here.

This is a scheduled six-rounder.

Another crushing right hand from Davis has Meza in more trouble at the start of the second.

Meza can’t escape the relentless pressure being applied by Davis, who is closing the gap all the time.

It’s measured and controlled by the American, who connects with a perfectly-timed counter right towards the end of the round.

Davis on the front foot as you might expect as he tries to establish his range early on and throws out some piercing jabs to the body.

It’s a relatively pedestrian, cautious pace until some punishing shots at the end of the round have Meza wobbling.

His legs are extremely unsteady and the Mexican will be extremely grateful to hear the bell.

All three of Davis’ opening pro fights have come in the space of just 70 days.

He stopped Brown in the second round in Miami on February 27 before forcing Ashelley’s early retirement at the end of the fourth on the undercard of Herring-Frampton in Dubai on April 3.

Will tonight be another entirely comfortable affair for the gifted southpaw?

The 22-year-old lightweight is one of American boxing’s most talented young prospects and won silver at the 2019 World Championships in Russia.

Addressing that ring controversy, a dismissive Canelo said he would give Saunders the freedom of the entire stadium if he wanted.

“I know Saturday I’m gonna go in with the mentality of winning. Like I said, if he wants the entire Cowboys Stadium, he can have it.”

Of course one of the dominant storylines this week has related to the size of the ring.

It looked as if the fight was actually off at one stage as Saunders’ team railed against their man being asked to fight in an 18ft ring.

That issue was eventually sorted, with an agreement over a ring measuring 22ft.

A smaller ring would have severly hampered the fast and elusive Saunders, who initially wanted a 24ft ring.

He will be constantly boxing on the move tonight, looking to avoid the relentlessly pressuring Canelo’s power shots and staying well away from those ropes.

“We’ve seen people try to use their brawn, but we’ve only seen one man use his brain — and that was Floyd Mayweather,” he said.

“[It will be] brain over brain here. Brain wins this, technical thinking wins this.”

Wilson gets stunned by a powerful right and then stinging left hook towards the end of the second round and sinks to the canvas.

He’s struggling as he tries to get to his feet and looks wobbly, but complains bitterly after the referee steps in to wave it off.