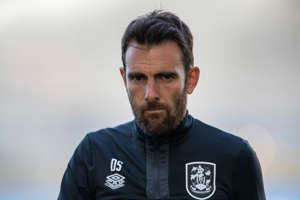 Danny Schofield has revealed that a few pointed words were spoken to and between the Huddersfield Town players in the dressing room at half time against Birmingham City after an abject first-half performance left them too much to do to get anything out of the game.

Scott Hogan scored just five minutes in with Przemyslaw Placheta adding a second just before the interval, rendering Danny Ward’s second-half strike irrelevant to the final result and leaving the Terriers still looking for their first points of the season.

That second 45 minutes offered an improvement on the sloppy and error-riddled first half performance, but Town had put in a similar too-little-too-late showing against Burnley last weekend, raising concerns about how long these slow starts are going to continue into the season.

“But yeah, much improved, much better in the second half. I just thought [we showed] more energy, more belief. I think belief is the big thing. We want to play football, we want to be competitive, but we’ve got to believe in it.

“Football sometimes throws these things up and it’s full of challenges. We need to stick together, we need to be competitive, we need to make sure we come out of these two losses. It’s not a good start, we know that, but we believe that we’ve got the team and we’ve got the way of playing to compete and win football games.”