Express
CAROL KIRKWOOD has set the record straight on her BBC Breakfast role as rumours have emerged claiming that she is set to start a new job. 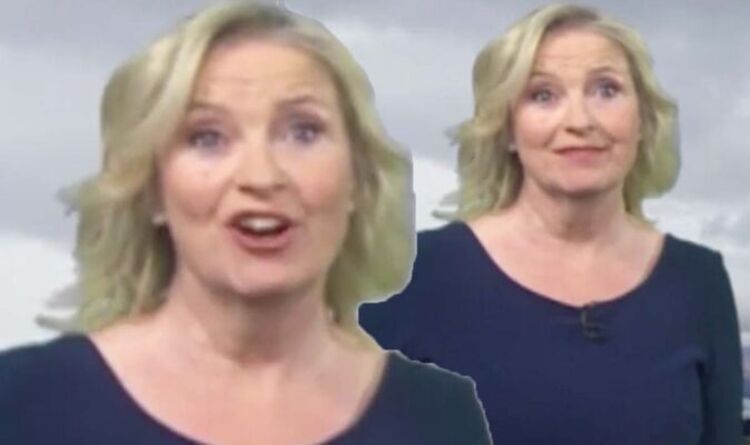 Carol Kirkwood, 59, has taken to social media to address speculation regarding her future on BBC Breakfast. The weather presenter has recently become surrounded by rumours she is set to step into Dan Walker’s role after he announced his departure from the show earlier this month, while others have been speculating she is set to leave the show altogether.

In view of her 226,000 Twitter followers, Carol spoke out on the debate surrounding her TV role after a Twitter user congratulated her on her “new job”.

Following long-serving presenter Dan Walker’s upcoming departure from the landmark BBC programme, fans have speculated about who will replace him and present alongside co-host Sally Nugent.

He shared a picture of Carol from an article covering the rumours, which had been captioned: “Fans think Carol Kirkwood could replace the star.”

Dan wrote: “Good morning Carol. All the best with your new job.”

Carol simply exclaimed in response: “NAUGHTY!!” alongside a string of laughing and kissing emojis.

Dan recently announced he will be stepping away from the BBC after hosting BBC Breakfast since 2016.