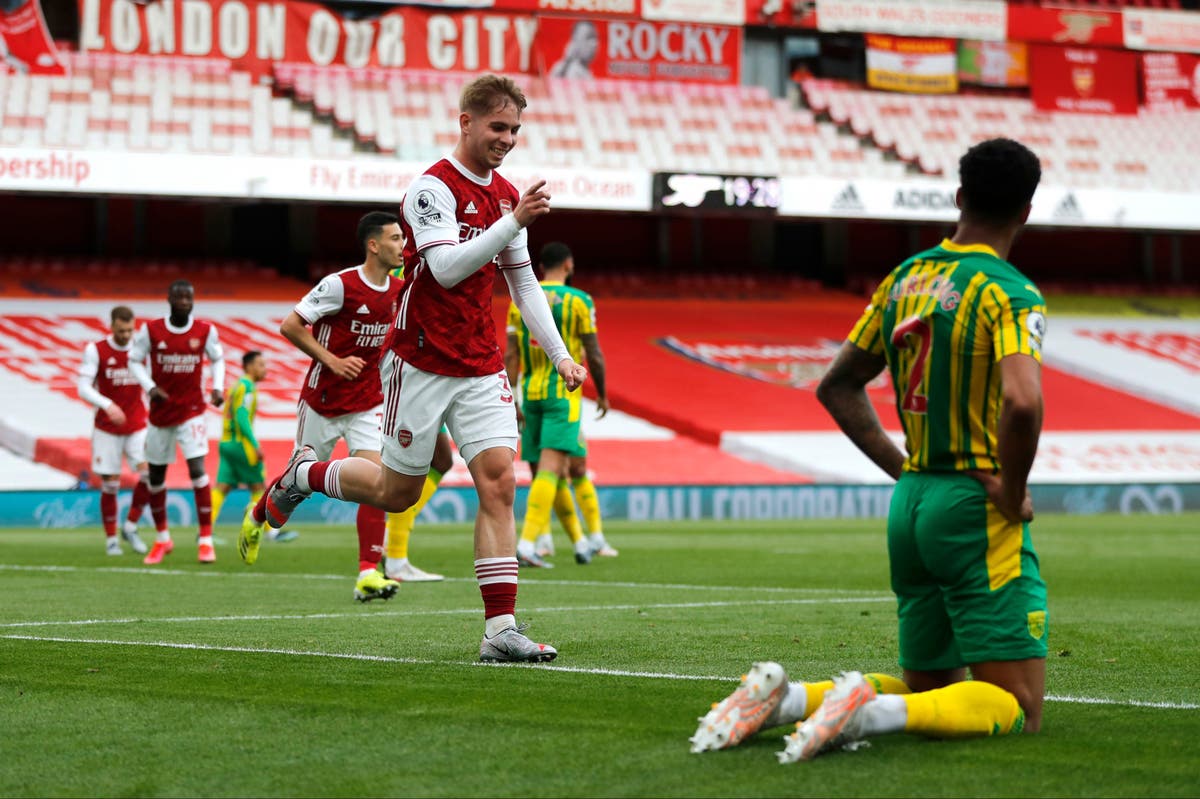 After an inconsistent Premier League campaign and a lacklustre Europa League semi-final defeat, the Gunners look like facing a first season without European football in 25 years.

West Brom will be relegated from the top flight should they lose at the Emirates, a ground where they have a woeful record, but Mikel Arteta knows his squad is suffering after the midweek defeat to their former manager Unai Emery.

Arteta’s opponent today, Sam Allardyce, says the Spaniard’s reaction to the loss to Villarreal will define him as a manager moving forwards. Anything less than a win would another big concern.

As it stands, the Gunners will end the season in ninth and even if they could wipe out a seven-point deficit to Tottenham in seventh, it may only earn a place in the Europa Conference League, a new third-tier tournament in Europe.

Bukayo Saka once again the man of the match.

95min: There’s the whistle. All over for the Bagggies.

91min: That settles it! Willian curls in a free kick for his first Arsenal goal - and confirms relegation for the Baggies.

90min: Into the final minute. Arsenal on top now.

82min: Willian looks like he’s run off any pain. He finds Pepe on the edge of the area but the forward doesn’t get any further before being tackled.

77min: Partey is on for Ceballos.

73min: Arsenal are wobbling. Partey set to be introduced.

Well that should make this an interesting finish. A good goal by Pereira, who has been excellent tonight, and suddenly West Brom’s tails are up.

67min: One back! Pereira runs from inside his own half and beats Leno from the edge of the area!