Deadline
Share on FacebookShare Share on TwitterTweet
UPDATE, 3:57PM: Armie Hammer has responded to the salacious news that’s out there about him, and his recent departure from the Lionsgate Jennifer Lopez movie Shotgun Wedding.  In a statement … 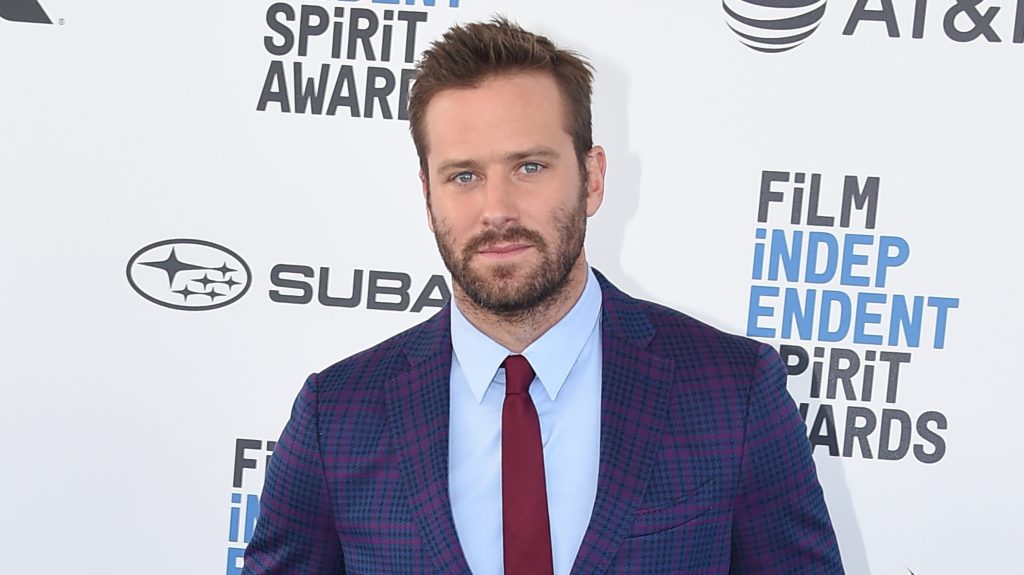 UPDATE, 3:57PM: Armie Hammer has responded to the salacious news that’s out there about him, and his recent departure from the Lionsgate Jennifer Lopez movie Shotgun Wedding.

In a statement sent to Deadline, the star of The Social Network and Nocturnal Animals says, “I’m not responding to these bullshit claims but in light of the vicious and spurious online attacks against me, I cannot in good conscience now leave my children for 4 months to shoot a film in the Dominican Republic. Lionsgate is supporting me in this and I’m grateful to them for that.”

PREVIOUS, 3:05PM:  In the wake of alleged leaked messages from Armie Hammer about his sex life, the Social Network star is departing the Jennifer Lopez Lionsgate action comedy Shotgun Wedding. The part, we hear, will be recast.

Said a production spokesperson, “Given the imminent start date of Shotgun Wedding, Armie has requested to step away from the film and we support him in his decision.”

The messages, which according to Page Six, were leaked by anonymous social media account under the name of the House of Effie, were direct messages reportedly from Hammer detailing disturbing sexual fantasies.

Shotgun Wedding follows Darcy (Lopez) and Tom (who Hammer was set to play), who gather their lovable but very opinionated families for the ultimate destination wedding just as the couple begin to get cold feet. And if that wasn’t enough of a threat to the celebration, suddenly everyone’s lives are in danger when the entire party is taken hostage.

Hammer’s upcoming feature projects include The Billion Dollar Spy, as well as a planned sequel to the 2017 Oscar winning movie Call Me By Your Name. Hammer received a Best Supporting Actor Golden Globe nomination for that movie.

Mandeville’s Todd Lieberman and David Hoberman, who produced Lionsgate’s hit film Wonder, are also producing with Nuyorican Productions’ Lopez, Elaine Goldsmith-Thomas and Benny Medina. Alex Young is overseeing the production and executive producing for Mandeville Films, and Courtney Baxter for Nuyorican Productions. Ryan Reynolds is also executive producing along with George Dewey. James Myers and Scott O’Brien are overseeing the production for Lionsgate. At one point in time in 2019, Reynolds was attached to star in Shotgun Wedding.