We use your sign-up to provide content in ways you've consented to and to improve our understanding of you. This may include adverts from us and 3rd parties based on our understanding. You can unsubscribe at any time. More info

Arsenal manager Mikel Arteta has indicated the club's summer spending isn't finished yet ahead of Friday's Premier League opener against Crystal Palace. The Gunners have heavily backed Arteta again in preparation for the 2022/23 campaign, but there could still be room for more arrivals.

Arsenal kick off their league season with an often troublesome task against Palace at Selhurst Park, with a heavy defeat against the Eagles contributing to their capitulation at the end of last term. Arteta has been one of the top-flight's busiest managers again this summer, adding five players to his ranks so far.

Ahead of the highly-anticipated London showdown, Arteta has praised the club's transfer activity and suggested there's more business to follow. He told reporters: "We are really active, as you can see with [the] ins and outs. Everything is still open; it's a long window. 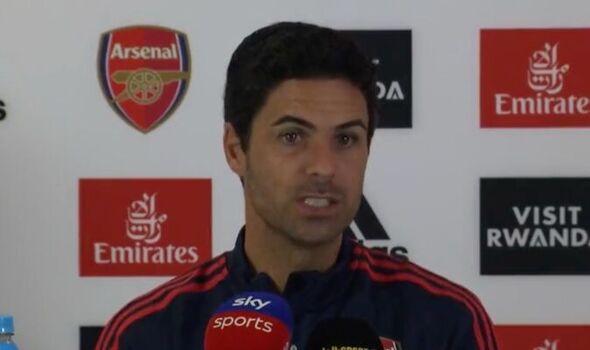 "A lot happens. It's incredible how much business the club has already done. It shows how competitive the season will be. It's not going to stop. Some players will have the need to leave, some others to move. Everything is still open."

Arteta reportedly wants to recruit one more player before the summer transfer window slams shut on September 1. Arsenal have been strongly linked with Youri Tielemans, who has entered the final 12 months of his Leicester City contract, suggesting a midfielder could be in the Spaniard's sights. 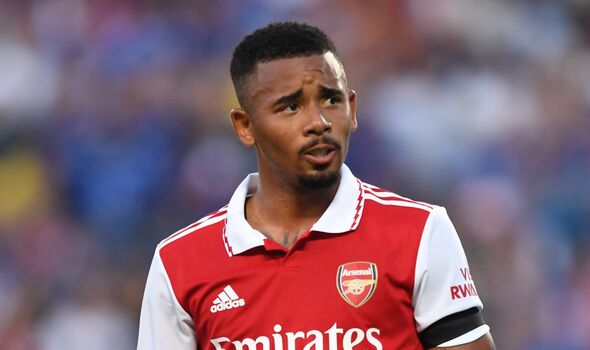 Gabriel Jesus looks to be a coup for Arsenal. (Image: GETTY)

Arsenal face a daunting opening-night test at Selhurst Park, where they have struggled in the past. But Arteta will be confident of a much better start than last season when they lost their first three, including a 5-0 thrashing at Manchester City, without scoring a single goal.

After Palace, the Gunners host Leicester City at the Emirates Stadium back-to-back fixtures against newly-promoted sides - first a trip to AFC Bournemouth before welcoming Fulham from across town. A positive result against the Eagles on Friday would act as the perfect momentum boost at the dawn of the new campaign.

To watch Arsenal's All or Nothing documentary for free, sign up for a 30-day Amazon Prime trial here